By Madeleine Carlisle and Sanya Mansoor

President Donald Trump has tested negative for the novel coronavirus, officially known as COVID-19, the White House declared on Saturday.

The president’s physician confirmed Trump’s COVID-19 test came back negative in an official memo that also noted Trump “remains symptom-free…one week after having dinner with the Brazilian delegation in Mar-a-Lago.”

On Friday, the White House announced that at the President’s Mar-a-Lago club, Trump came into contact with two individuals later confirmed to have COVID-19, one of whom he shook hands with and one of whom sat at his dinner table. The White House said the CDC categorized the interactions as having a low risk for transmission and did not require quarantine. The President’s doctor also reportedly said in a memo Friday night that Trump did not need to be tested or self-quarantine.

“I also took the test last night,” he told reporters. “I decided I should based on the press conference yesterday. People were asking, ‘did I take the test?’”

The White House also announced on Saturday that it is conducting temperature check on anyone who has come in close contact with the President or Vice President Mike Pence, according to the Associated Press.

The White House announced on Wednesday that non-U.S. citizens who had traveled to European countries in the Schengen Area — 26 countries that typically don’t restrict movement amongst each other including Italy, Spain and France — would be banned from entering the U.S. for 30 days.

The President also said that he is “working with the states” and is considering other travel restrictions domestically, “specifically from certain areas.”

According to a tracker by Johns Hopkins University last updated on Sunday morning Eastern Time, 2,952 cases of coronavirus have been confirmed by the U.S., and at least 57 people have died. On Friday, the President declared a state of emergency as schools and businesses across the country close in an attempt to stem the spread of the virus. 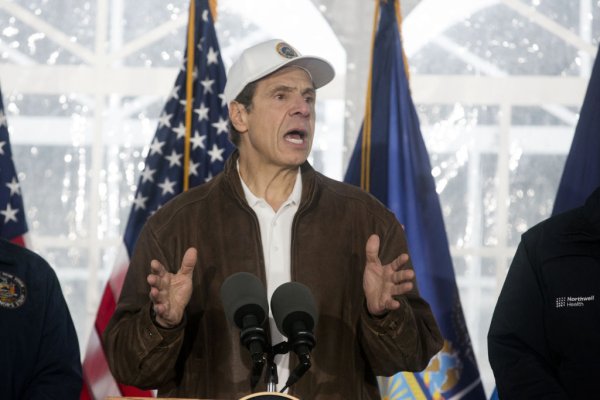