Trump Passes COVID-19 Test, But Is Still Failing the Course

Americans look to their leaders to set an example during times of crisis: Lincoln’s principled resolve during the Civil War and FDR’s relentless optimism during the Great Depression are defining moments in the country’s history. But as COVID-19 spreads in the U.S., it is the public that seems to be watching and prodding President Donald Trump to catch up to the advice his own federal health experts have given on how to limit the outbreak.

In the White House Rose Garden on Friday, Americans who had been told by the federal government’s public health authorities to “stop handshaking” saw Trump repeatedly grip and grin with multiple business leaders he invited to speak at the podium, touching the microphone and patting others on their backs. There was a palpable sense of relief when Bruce Greenstein, an executive at the home health care company LHC Group, offered Trump his elbow when Trump stretched out his hand. Trump seemed surprised but tucked in his hand and tapped elbows with Greenstein. “Oh, okay, I like that. That’s good,” Trump said, as if it was his first experience with the awkward gesture Americans have been teaching themselves for days.

If handling the coronavirus pandemic has been the most high-stakes test of Trump’s leadership so far, he’s shown himself to be cramming at the last minute. And even he admits he’s playing catch up. Trump told reporters at the White House on Saturday that he’s trying to get out of the habit of shaking hands which, he says, he developed when he got into politics. “Frankly, I was a non-handshaker for the most part, I never believed in shaking hands. Once you become a politician, and I noticed it too, political people, they come up to me, they want to shake my hand,” Trump said. “Shaking hands is not a great thing to be doing right now, I agree, but people put their hand out.”

Trump seems to have woken up to the fact that the country faces a virus for which there is no vaccine and is ten times more deadly than the seasonal flu. Following days of saying it wasn’t necessary, Trump said he was tested for COVID-19 Friday night, after being asked about it at a Rose Garden press conference. Multiple people he’s been in contact with over the past two weeks have tested positive. For the first time since the crisis started, a White House medical aid on Saturday tested the temperature of reporters before they attended a press briefing and excluded one whose temperature was above the normal range. Asked if he has a new sense of urgency about containing the virus, Trump said, “No, I’ve been urgent. This is urgent for me right from the beginning.”

But beyond Trump’s public pronouncements, there’s a deeper test of his leadership at work. As he takes credit for his decision to restrict travel from China in late January, which health experts around him have said slowed the progression of the virus to the U.S. and bought time to prepare for its inevitable arrival here, he’s sidestepped blame for any mistakes by his administration. Those include cutting personnel from pandemic preparedness, lack of adequate testing capacity for the COVID-19 outbreak, and a belated turn to mitigating its effects in the U.S., despite years of warnings.

“Yeah, no, I don’t take responsibility at all,” Trump said when asked on Friday if he takes responsibility for the limited number of COVID-19 tests available inside the U.S. He blamed the lag in testing on “rules, regulations, and specifications from a different time” that wasn’t designed for the volume of tests needed to respond to the crisis. Asked later if he took responsibility for the disbanding of the White House office responsible for overseeing the response to pandemics in 2018, Trump said, “I didn’t do it,” adding, “I don’t know anything about it.”

The president is the first model we look to in times of crisis, says Julian Zelizer, a historian at Princeton University. During the U.S. banking crisis in 1933, Franklin Roosevelt ordered a temporary closing of all banks to stem the crisis and delivered his first “fireside chat” radio address to reassure Americans. After the Sept. 11, 2001 terror attacks, George W. Bush struck a note of calm and resilience, Zelizer says, uniting much of the country behind his response. “Trump’s not only been slow, but almost dismissive,” of the current crisis, Zelizer says.

Where Trump appears to view personal accountability as a sign of weakness, it is in fact a crucial source of credibility in moments of uncertainty. The public looks to the president to admit when there is a problem in order to know that they are working to fix it, Zelizer says. “Taking responsibility is really important. It is not always the president’s fault when things don’t go well,” says Zelizer. “But if he’s unwilling to take responsibility for things that are going wrong under his watch, part of being a leader is taking responsibility for things that are going wrong, not just right.”

Trump is taking a different approach. By declaring an emergency on Friday, Trump unlocked tens of billions of dollars in federal aid, a move that helped spur a major rebound in markets by the end of the day, with the S&P 500 rising more than 9 percent at its close. “That was a record,” Trump told reporters Saturday, pleased the move sparked a buying spree and satisfied by what he considered to be news coverage that was “very fair, for the most part.” Later on Friday, his administration also negotiated a spending bill with Congress to provide assistance to the economy during the crisis and deliver paid sick and medical leave for those who need it.

Such short term good news may have worked in past moments of turbulence during Trump’s presidency. But it has left states largely on their own as they struggle to help their citizens. And three and a half years in to his term, there’s no getting around responsibility for a problem that can’t be blamed on immigrants or Democrats, and that is only going to get worse. “We have not reached our peak” in the U.S., said the head of the National Institute of Allergy and Infectious Diseases Dr. Anthony Fauci. “We will see more cases and more death,” he said.

Perhaps Trump can rise to the moment. Saturday evening, Trump’s White House physician announced that the President had tested negative for COVID-19. But the relief felt across the country was no doubt tempered by the knowledge that thousands of lives may depend on how Trump fares on the more challenging test: leading the country in the mounting fight against the disease. 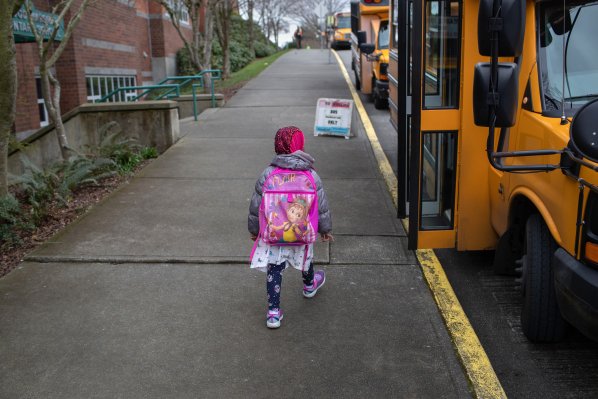 'You Must Act Now.' How States and Cities Have Responded to the Coronavirus Pandemic
Next Up: Editor's Pick