The Census Is More Than Just a Form. It's a Window Into the History of American Families

A Census taker asks questions of a woman at the door of her house, early 20th century.
Corbis/VCG/Library of Congress via Getty Images
By Jennifer Mendelsohn

This week, as Americans begin to fill out their Census forms, they are sending messages to the future about who they were and how they lived on April 1, 2020. While those responses will prove key in the short term for political decisions about funding and representation, they will later be invaluable to genealogists, for whom the decennial Census is a bedrock tool—the skeletal backbone on which the narrative of American families is traced.

“The Census is the master key,” explains professional genealogist Rich Venezia, an expert in 19th and 20th century immigration. “Its importance to American genealogy can’t be overstated. It can be somewhat basic in the information it provides while also distilling American history on a single page.”

Like a series of flipbook drawings, the Census is at once a static document and a wholly dynamic one. Begun in 1790 with responses currently available to the public through 1940, its records are a repository of granular information about American households. Each seemingly dry data point it tracks—about birthplaces and marital status, immigration and income—tells a detailed story. In aggregate, those data points allow us to imagine our ancestors’ lives in three dimensions and to animate them, tracking their movement through time, space and across the American experience.

On June 2, 1900, a Census worker named David Honeyman came knocking on doors at 165 Ludlow Street, a crowded tenement building on New York City’s Lower East Side, charged with extracting 28 pieces of demographic data from each household.

Most of the families Honeyman visited that day were Eastern European Jewish immigrants. In the 72nd household was a 10-year-old boy, Latvian-born Abraham Mendelsohn—my grandfather. Honeyman recorded that my great-grandmother Rosie Mendelsohn had given birth to a total of nine children but that only four were living. (She would have one more son the following February.) I scanned the page and realized that the simple pairs of numbers entered for many of her neighbors all telegraphed similar stories of almost unimaginable heartbreak: 14 births and three living children. Twelve and three. Five and one. Nine and two.

Rosie Mendelsohn is listed as being unable to read or write (columns 22 and 23). Neither she nor her husband Isaac, a shoemaker, could speak English (column 24), eight years after they’d arrived in America (column 16), and they were not citizens (column 18). But their two older children were both literate and English-speaking, and later Censuses show that Isaac—who eventually Americanized his name to “Isidore”—went on both to learn English and naturalize; Rosie, who died at a tuberculosis sanitarium in 1904 at the age of 36, never appeared in another Census.

In 1920, my grandfather, by then a married father of a young son and the only one of the 10 Mendelsohn siblings still alive, has begun calling himself “Albert.” By 1930, he had four children and reported that he worked as an electrician (column 25), had submitted papers to become a citizen (column 23) but did not yet own a radio (column 9). In 1940, at age 50, he reported an income of $2,300, well above the national average of $1,368. All four of Albert’s sons graduated from college, and some had graduate degrees; all had white-collar jobs. For my family, the words and digits recorded in those Census columns are a tangible manifestation of upward mobility and assimilation.

But many stories the Census tells are anything but sanguine. Enslaved people were enumerated in the earliest Censuses but were never named, sometimes represented only by a tick mark. In the 1850 and 1860 Censuses, “slave schedules” included a list of the enslaved identified by age and sex. These entries are sometimes the sole testament to the existence of a living, breathing human being, which can be extraordinarily painful to see.

“It’s a very emotional document,” says professional genealogist Nicka Sewell-Smith, who hosts the popular YouTube series BlackProGen LIVE! “To see marginalization actualized in our official documents is what takes genealogy to a different place that many people are not comfortable going to.”

As a tool for capturing larger, wide-scale truths about America, the Census categories and questions themselves—as well as the questions that were not asked—can never be entirely divorced from the mindsets of those doing the asking. The 1880 Census, for example, asked if anyone in the household was “idiotic” or “insane.” Census efforts to measure America’s ethnic and racial diversity have always been particularly fraught, down to the antiquated and cringeworthy terms used to classify people, such as “octoroon,” or “Hindu” as a clumsy catchall for Asians, regardless of religion. Other than one question about “Mexican” origin in 1930, there was no attempt to quantify America’s Latinx population until 1970.

In the recent book The Plateau, anthropologist Maggie Paxson writes of the foundational question she asks as she tries to get a read on what makes communities tick: Who does what with whom?

This question, she writes, allows us to “start figuring out the bigger puzzles: the overall contours of group action; the conceptual frameworks that overlap within individual people and communities; the emotions that fill their social world.” (And, as a genealogist, I’d be remiss not to mention that Maggie and I are recently discovered fourth cousins.)

However imperfect, the Census provides a snapshot of American life at a given moment in time, telling us what those in power thought was important to know—and what wasn’t—about who was doing what with whom at that particular moment in America.

Fill it out, and you’ll be frozen in time too—perhaps, if you’re lucky, as memorably as a strong-willed 15-year-old Wisconsin girl named Catharine Cudney was one June day in 1880, when four simple words were entered into the “occupation” column by her name: “does as she pleases.”

Jennifer Mendelsohn is a journalist and genealogist, known for creating the #ResistanceGenealogy movement.

The original version of this story contained an incorrect word in a quote from Rich Venezia. The importance of the Census can’t be “overstated,” he believes, not “understated.”

The original version of this story misspelled Catharine Cudney’s first name. It’s Catharine, not Catherine. It also misstated one of the factors by which enslaved people were identified in “slave schedules” during the 1850 and 1860 Censuses. They were identified by their sex, not their gender. 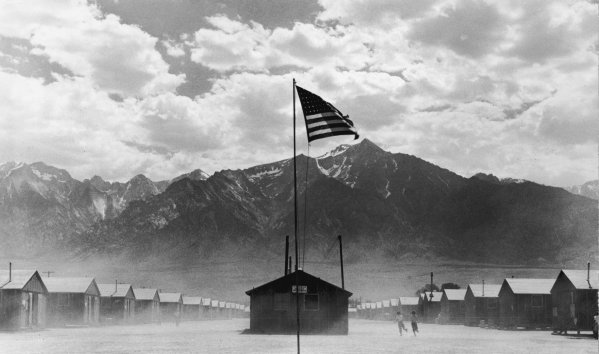 How Hawaii's Japanese Population Was Spared Internment During World War II
Next Up: Editor's Pick