The Debate Over a New Citizenship Question Isn't the First Census Fight. Here's Why the Count Is Controversial

A historic photo of U.S. Census Bureau files in Suitland, Md., which at the time contained a card for every person in the United States.
Bettmann—Getty Images
By Katy Steinmetz

On Tuesday, the Department of Commerce announced that a question on citizenship would be added to the 2020 census, which that agency oversees. While that choice might seem bureaucratic on the surface, it’s causing an uproar, as many other questions about census data have before it.

The Trump Administration says the question — which was last asked on the census in 1950 — will be used to better enforce voting rights laws, but critics have argued that it will lead to lower response rates, because some immigrants fear the information could end up in the hands of law enforcement. Filing a lawsuit over the move, the California attorney general described it as an “attempt to bully” immigrant communities.

Tensions have swirled around the census since it began in 1790. “Whatever the hot-button issue of the time is,” says University of Wisconsin–Milwaukee history professor Margo Anderson, “gets tangled up in the census.” That’s because the regular counting of the population has never been an academic exercise, she says. The census is a basis for deciding how to apportion political power, as well as how to dole out billions in federal funds. “Every 10 years we shuffle the deck,” Anderson says, “and take power away from areas of the country that are not growing as fast as others.”

Some fights about the census are about how and what information is collected. Other snafus are focused on how that information is used once it’s in the U.S. Census Bureau’s filing cabinets. There is dignity in being counted and officially acknowledged by the government, especially for historically marginalized communities, but there is also exposure. “People want to be identified, their characteristics captured and reported,” Anderson says, “but they also don’t want to be targeted.”

Here are five examples of past moments, many highlighted by Anderson, that show how incendiary a survey can be.

The census launched with the three-fifths compromise

The main purpose of the census is collecting data that will determine how many seats each state gets in the U.S. House of Representatives. One of the concerns about the new citizenship question, for example, is that if immigrants avoid declaring themselves en masse, that could lead to states losing or gaining seats based on an inaccurate population count. (A dozen seats shifted between states following the census in 2010.)

This is also why, in 1787, there was debate among the framers of the Constitution about whether enslaved people should be counted on the census. Southern states, hoping for more representation in Congress, wanted them to be tallied. Northern states did not, with some arguing that if slaveholders insisted slaves were property, not people, it followed that they shouldn’t be counted alongside constituents. This led to the notorious compromise that each slave would be counted as three-fifths of a person — a dehumanizing decision undone by the passage of the 13th Amendment.

Anderson was one of the researchers who discovered evidence that the U.S. Census Bureau gave the U.S. Secret Service information about the whereabouts of some Japanese-Americans during World War II, at a time when many such individuals were being rounded up and put in internment camps. Normally, the bureau is forbidden from releasing data about specific individuals, but legislation passed during wartime suspended those rules. (More information on the Bureau’s actions during this time is available on Anderson’s website.)

In 1988, the surviving internees received an official apology and the promise of reparations from the government. But when it came to the role of the census, a similar controversy would nevertheless arise again. In the years following 9/11, the Census Bureau gave the Department of Homeland Security less detailed information about the places where Arab Americans live, compiling data about how many Iraqis and Egyptians live in certain ZIP codes. Even though names and addresses weren’t revealed and security officials said the information would not be used for law enforcement, advocacy groups balked and outcry ensued.

Women weren’t allowed to be heads of households

When the first census was taken, the government wasn’t concerned with counting everyone equally. While enslaved people counted as three-fifths of a person, American Indians weren’t counted at all. (This fascinating chart shows how racial categories have evolved over the centuries.) Among those who did have a box were “free white females.” Yet while some women got some recognition at the beginning, critics have still accused the survey of being chauvinist.

As the second wave of feminism took off, women challenged the Census Bureau’s practice of asking who the “head” of each household is. The notion that every family must have a “head” is a patriarchal one, they suggested, and the census-takers long presumed that this role would be held by a man.

Married women who lived with their husbands were essentially “disqualified” in early years, scholars say. And as late as 1970, forms had a box for “wife of head,” yet no option for “husband of head.” As criticism mounted, officials decided to drop the concept from the census in 1980, Anderson explains. They replaced it with a more objective question about “the household member” who had their name on the lease or the mortgage.

Democrats and Republicans clashed over “the undercount”

The Supreme Court weighed in on a census controversy in 1999 that Anderson expects to be on people’s minds as the arguments over the citizenship question continue.

The count of the census is never perfect, and it was discovered that some 4 million people had not been counted in the 1990 survey, according to the New York Times. Many of these individuals were members of racial minorities living in urban centers — who tend to vote Democratic — and Democrats argued that in order to get a more accurate count, the Census Bureau should use a statistical sampling method rather than trying to enumerate every individual.

Republicans argued that this amounted to a “statistical scheme” and a traditional head count must be used when deciding how many seats each state should be apportioned in the House. And the Court agreed, saying that federal law barred the use of sampling in that arena, though the justices suggested sampling could be used for other census-related activities like redistricting at the state level.

Questions about sexual orientation and gender identity are out

As it stands, the 2020 census will not be asking questions about people’s sexual orientations and gender identities, despite calls from advocates to treat those demographics just like race and income.

Some have argued that asking such questions is a matter of respect and making it clear, through data, that lawmakers have LGBT constituents they must attend to, at a time when states are debating issues such as bathroom access. “For decades our struggle has been to stop being invisible,” former San Francisco Supervisor Scott Wiener told TIME in a previous interview on this topic. “When you don’t have data about a community, at times it can seem like the community doesn’t exist.” Actor Laverne Cox has said she feels that the act of counting is “a matter of life and death.”

Others have argued that census data is critical to understanding disparities among populations and can help certain areas win grants and subsidies they need, whether aimed at addressing health issues or economic inequality. Democratic lawmakers have attempted to mandate the collection of LGBT data in the census, though experts say that getting accurate answers comes with practical hurdles. The Bureau has responded by suggesting there is no “legislative mandate” to do so. 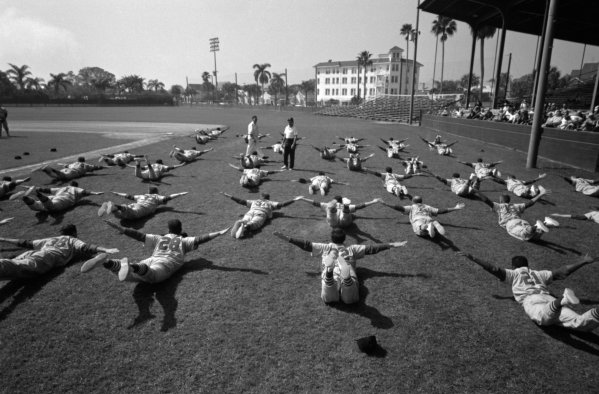