'I Have a Concern About Shutting Down Imagination.' Louise Erdrich on the Battle Over Fiction and Identity

Louise Erdrich has been drawing from her heritage since Love Medicine announced her ascension to the top tier of American literature in 1984, when it won the National Book Critics Circle Award. “I’m a mixed person,” she says. Her father, who is German-American, and her mother, who is Chippewa and French, taught at a boarding school in Wahpeton, N.D. That school was set up by the Bureau of Indian Affairs in the flat, grassy precincts of the northern plains that Erdrich’s body of work has peopled as vividly as (and far more companionably than) William Faulkner populated his Yoknapatawpha County.

“The early novels, I couldn’t stop writing about certain characters. They came back over and over,” Erdrich says by phone from Minneapolis, where she owns Birchbark Books. Her more recent novels would stand alone, though the last three—Pulitzer finalist The Plague of Doves, The Round House and LaRose—revolved around the theme of justice, and the difficulty Native Americans have faced obtaining it.

Her new novel The Night Watchman is in one sense a departure. Though much of her fiction is informed by experience—The Master Butcher’s Singing Club features a German immigrant’s butcher shop, like the one her father’s parents owned in Little Falls, Minn.—this is the first book explicitly based on a member of her family. Protagonist Thomas Wazhashk, who by night keeps watch in a factory while also tending to the affairs of the Turtle Mountain Band of the Chippewa as tribal chairman, is drawn from Erdrich’s maternal grandfather, Patrick Gourneau. In the 1950s, Gourneau juggled both jobs at a time when a mendacious U.S. Senator was trying to “terminate” the tribe, she says, and push its members off the last scrap of land reserved for them. That struggle features in the novel, as do kidnapping, hibernation, car pools, boxing and an underwater go-go dancer.

Erdrich spoke to TIME about fiction, ethnic identity and a recent publishing controversy over the intersection of the two.

TIME: I spent part of my childhood in the Red River Valley of the north, and my memories are solely of telephone poles and ditches. You’ve mined it for more than a dozen novels. How is that?

Erdrich: Well that reminds me of ditch skiing, a North Dakota thing. We would hook a rope on the back bumper of the car and my dad would drive these roads, which you remember, and we would have a pair of skis on, hanging onto the rope behind the car, in the ditches.

Oh, yeah. And he would go fast. I mean it was really exciting. I never thought of it as desolate. It never occurred to me. I guess I didn’t know there was anything else. I got very homesick once I left because, it wasn’t that I missed the power lines and the road, but I missed the sky because I was used to this huge sense of openness and I could always see the weather coming from the endless distances. I still miss it.

Your new novel, The Night Watchman, has a factory where your grandfather worked. What was it like writing your first book explicitly based on someone from your family?

This was the kind of book where I dispensed with a lot of melodrama. I think it was my grandfather’s influence. Honestly, he was the most decent, thoughtful—he was just a good person. And he was very funny and very kind. His character really imbued the book with a sense of acceptance, or at least not the usual crazy, crazy villainy that I love to write. It was a quieter narrative because to me the real point was to talk about what it was like in the ’50s, and to explore what the world was like on the Turtle Mountain Reservation. It’s the first book I’ve based in the Turtle Mountains. The jewel-bearing plant is real and it still stands. It hired mostly women, and what an extraordinary thing. I was excited to write a book that had indigenous people doing factory work because you don’t read that.

As in the book, your grandfather really did fight a U.S. Senator’s effort to terminate federal responsibility for the Turtle Mountain Band of the Chippewa. But why just that one tribe? You’d think they’d do it in a sweep.

Well, they did do a sweep in that they abrogated treaties. So that gave them the basis for terminating tribes one by one. But because each tribe is so different, they had to go and assess who was eligible. You know, this is an incredible accomplishment that they managed not to be terminated.

The membrane between the physical world and what might be called the dream world is always thin in your books. Do you get called a magical realist?

I do, but I don’t feel like it’s magical. I try to ground everything that I do in something that has actually happened. Even if it isn’t quite, it’s trending toward something that could happen.

There’s times like that where there seems to be some kind of emotional barrier that’s down and you see things. When coincidences aren’t coincidences. When everything is charged with meaning and dreams are predictive and real and hard to distinguish from reality.

And the rest of the time most folks aren’t paying enough attention?

Yeah, you couldn’t pay attention at that level.

Can I ask you about American Dirt?

Sorry. Jeanine Cummins, who is not Mexican, was lambasted for her thriller about a Mexican woman migrating to the U.S. with her son. Her book tour got canceled. What do you think?

I am a citizen of the Turtle Mountain Band of Chippewa. Yes, that is my identity. I’m also German. That’s my identity. I’m a mixed person. That’s a question for me: I don’t understand why you would try to jump into an identity that’s very far from your own. However, some people can do it. And some people do a fantastic job, and there are arguments, like Zadie Smith has a great argument, about why she writes in different identities: It’s because she wants to experience life through a different lens. That makes sense to a lot of people.

There’s a lot of good that came out of this conversation. It highlighted more books by Mexican Americans. Like Luis Alberto Urrea, his book, The House of Broken Angels. Valeria Luiselli, her books. There are wonderful books out there. And there’s one that’s out, Children of the Land [the memoir by Marcelo Hernandez Castillo] which I haven’t read yet, but it starts out like dynamite. So I’m going to keep reading it.

But at the same time, this is my upbringing. As my mother’s and father’s daughter, I feel for the writer. I think this was over the top.

The reaction was over the top?

Well, there was no place in which anyone said we’re at all concerned about Jeanine Cummins. I worry about the feelings and the future of a fellow writer. I’m for writers. I’m a bookseller. And how I reacted as a bookseller is to feature Mexican American narratives like the ones that I described. But I have a concern about shutting down imagination.

This is not about books, but it’s as though, in this time when there are huge crises like employment, we’ve jettisoned alliances. There’s Brexit. There are these huge terrifying sweeps of change. And we’re doubling down on some very granular differences between lefts and moderates. What I like to see is a lot of unity. Maybe we should let up on this and find every single atom of what we have in common in order to move forward as moderates, progressives, whatever—and get something done. 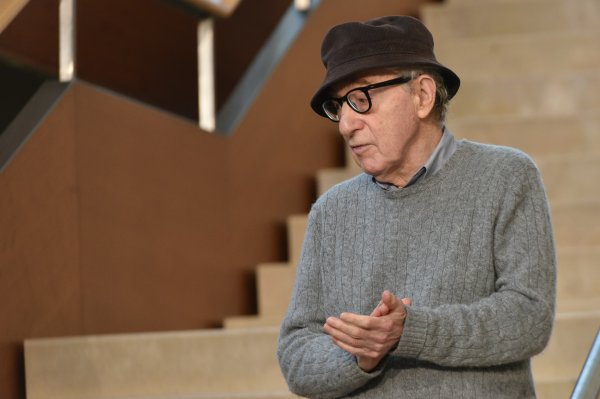