Review: The Samsung Galaxy S20 Ultra Can't Deliver On All the Hype

So you want a smartphone that’s bigger, better, and faster than the pocket-stretching gadget you’ve already got? If you can bear turning every knob to 10, then skipping to 20 (and paying the price for it), you might enjoy Samsung’s latest mobile computing behemoth: the Samsung Galaxy S20 Ultra, part of the new Galaxy S20 line (which includes the S20 and S20+, and succeeds the Galaxy S10 line). While it forgoes the folding design present in the company’s other high-profile smartphones, Samsung’s S20 Ultra takes everything about today’s conventional models and ups the ante. But just adding more to an already decadently outfitted device doesn’t always work out, especially when those bold new additions are fraught with problems ranging from the irksome to the infuriating.

At $1,400, the Galaxy S20 Ultra is in the running for most expensive smartphone, undercut only by Samsung’s other, experimental smartphones, and Apple’s 512GB iPhone 11 Pro Max. But it has more features compared to the iPhone 11 Pro, including 5G support. There’s also 256GB of storage, coupled with 12GB of memory, wireless charging, and a killer display. That storage is great for storing all your photos and videos, shot either in 4K or 8K. The copious memory lets you effectively put apps in stasis for instant launching later on. Its huge battery (5,000mAh) can keep the average user going all day, as long as you’re not constantly shooting video in 8K or enjoying content using 5G in the few places you can even find it.

What you’ll notice first is the S20’s stunning 6.9-inch AMOLED screen, which also features a hidden fingerprint sensor for instant biometric authentication. On its face is a 40-megapixel front-facing hole-punch camera, which doubles as a facial recognition tool (though it’s less reliable than Apple’s FaceID tech). It gets even better thanks to its support for the widely-adopted HDR10+ format for better picture quality when watching supported videos. There’s also the optional 120Hz refresh rate you can enable at the cost of a few hours of battery life, which creates a smoother visual experience. Turning it on results in silky performance overall, and it makes games more responsive, too. It’s one of the most welcome additions to the device, one that’ll make it hard to go back to the sluggish 60Hz refresh rate on other devices.

Samsung has, unfortunately, removed the 3.5mm headphone jack from the S20 Ultra, forcing to pick from Bluetooth headphones or wired USB-C models, which are few and far between. While the march toward the future — led by manufacturers making devices conducive to their wishes rather than accommodating user preferences — points to a wireless future, the lack of options should still be considered a thorn in any audiophile’s side.

But the real selling point of the S20 Ultra is its three-camera setup on the back (not including its depth sensor camera): a 12-megapixel ultra wide lens, a 108-megapixel wide-angle camera, and a 48-megapixel telephoto lens.

However, the S20’s image quality is surprisingly hit or miss, a real shame considering its price. Autofocus is incredibly slow, frustrating me more often than not by focusing on something in the background rather than on the subject just a few feet away.

The issue persisted in different camera modes, including portrait mode, which would either capture an entire scene in focus or flub the simulated depth of field by including elements of the background. It was sluggish at identifying faces, and often focused on something in the background rather than the subject in front of me. Switching between modes also took far too long on a device so packed with processing power.

In low-light situations, the S20 Ultra can use the 108-megapixel sensor’s pixel-grouping technology to pull in more light, creating some satisfying 12-megapixel night shots in a variety of conditions. But images look a tad too sharp and saturated compared to the smoother and softer (albeit darker) images created by Apple’s iPhone 11 Pro.

It has some fun new photo features, like Single Take, which records whatever you’re looking at in various forms, giving you still images, short video clips, and social media-friendly loops. Unfortunately, the S20 Ultra’s autofocus issues mean you’ll open your camera roll to see more out of focus shots than you’d expect.

That telephoto lens boasts an insane maximum zoom of 100X, what Samsung’s calling “Space Zoom.” It’s the crown jewel of the S20 Ultra, but feels more like a gimmick than anything else. While the telephoto lens reaches 4X optical zoom (unlike digital zoom, optical zoom retains image quality and sharpness), a combination of digital zoom and computer vision software cranks up the zoom to 100. Snapping a recognizable image of something a mile off is no doubt impressive, but real-life use cases are few and far between. What’s more, your shaking hand and displayed targeting reticle only serve to emphasize how grainy your Space Zoom shot is going to be thanks to the simulated nature of the zoom function.

But the utility of a 100x zoom functionality, or even the S20’s more usable but still questionable 30X zoom functionality, is limited at best, and raises a whole host of questions about both the utility of such an addition, as well as the ethical dilemma around a feature like Space Zoom. There is, after all, a creep factor associated with a smartphone lens that can take pictures of people, or anything else, from so far away. Sure, cameras have been able to zoom like crazy for decades, but usually not without a tell-tale telephoto lens protruding from the camera’s body. But the S20 Ultra is inconspicuous, at 1X or 100X zoom. It doesn’t help that the image quality of the photos is so poor the chances one would use them for anything akin to sharing or presentation are few and far between.

While walking around New York, capturing construction workers at the tops of buildings and dog owners relaxing in parks, I felt this unease in my gut. I captured an image of a lady on her phone in a dog park, selected at random from a crowd, from over a block away. It wasn’t of a quality one might consider “IG-friendly,” nor was it anything I’d want to show anyone, especially since I wasn’t using a tripod (which helps), as your shaky hands will only make the image look even more blurred. But it still gave me pause.

The Galaxy S20 Ultra, aside from its buggy camera, questionable zoom functionality, and eye-watering price point, is a decent smartphone. Its display is fantastic, and 5G support is always welcome, even if it’s an addition one might consider premature, another attempt for the company to check off all the boxes in terms of features. But if you want consistently great photos, you’ve got options, like the iPhone 11 Pro, or Samsung’s older Galaxy S10 or Galaxy Note 10 line. And even if you’ve got $1,400 burning a hole in your pocket, and want the best of the best, the S20 Ultra isn’t it. In the S20 Ultra is a promise that it struggles to keep: for an exorbitant amount of money, you’ll get a device with an incredible checklist of features, one that uses hardware to beat the competition with raw power. But the question of worth rears its head with the S20 Ultra, especially when it’s so hot on the heels of other pretty great devices, from Samsung or otherwise.

Most Popular on TIME
1
Why Africa's COVID-19 Outbreak Hasn't Been as Bad as Feared
2
Read Donald Trump's Full Inauguration Speech
3
Why Is America So Divided Today? 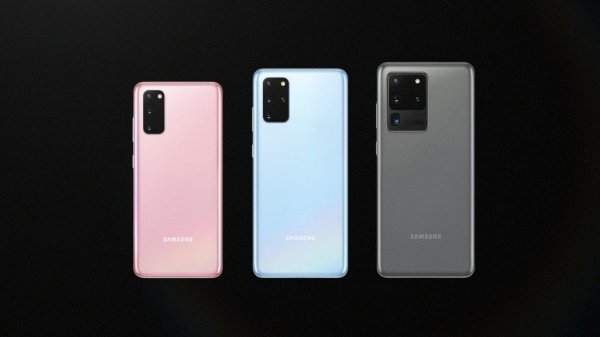