'This Is Hate.' Bachelor Contestants Are Speaking Out About Racism, Harassment and Cyber Bullying

'The Bachelor' host Chris Harrison and former 'The Bachelorette' lead Rachel Lindsay during 'The Bachelor: The Women Tell All,' which aired March 2, 2020.
Kelsey McNeal—Getty Images
By Madeleine Carlisle

On Monday, contestants from ABC’s hit franchise The Bachelor spoke about their experience with racist and hateful messages on social media, urging viewers that the behavior “has to stop.”

In a respite from the contentious rehashing of the currently-airing season’s plotlines and dramatic moments, Rachel Lindsay — who in 2017 was the reality dating show’s first black Bachelorette — joined contestants from this season of The Bachelor on Monday during the show’s “Women Tell All” special. She led a segment discussing the online harassment that many contestants (and, in particular, contestants of color) regularly face.

Lindsey not only spoke about the harassment she received while on the show, but also read racist and threatening messages sent to the current contestants.

“I feel like you guys hear us talk about the hate that we receive, but you have no idea what it is,” Lindsay said to viewers. “The only way I can actually make you feel it is for you to see it, so I want to start out by reading some of these messages that these women have received.”

“You’re an emotional stupid bitch… kill yourself… you’re useless” one of the messages read. Another included the N-word. Lindsay and many of the other contestants teared up as she continued. “I know it’s uncomfortable for you to see, but just imagine how uncomfortable it is to get this in your comments and your DMs, every day, every week, every month,” she said.

“Clearly what we’re talking about isn’t criticism. This is hate,” Chris Harrison, the show’s longtime host, said. He asked this season’s contestants to raise their hands if they’ve experienced “true hate.” All the women present raised their hands.

The discussion comes weeks after Caroline Flack, former host of the U.K. reality television show Love Island, died by suicide. After her death, and amid wider concerns of the impact of reality TV on its participants, British politicians called for a de-escalation of tabloid culture and online harassment, the impact of which which they argued had contributed to her death.

Most reality shows now offer on-set counseling services for their contestants during production as well as “after-care” services. ABC did not immediately respond to TIME’s request for comment on the specific options in place for participants on The Bachelor, Bachelorette and assorted spin-off shows which, like most shows of the genre, have skewed more towards highlighting tears, feuds, bombastic characters and scenes of heightened tension in recent years to retain viewers’ interest.

This is not the first time the shows’ contestants have spoken out about online harassment. Caelynn Miller-Keyes, who appeared on The Bachelor in 2019, spoke out about receiving threatening messages last year, revealing she had been repeatedly told to kill herself. Olivia Caridi, who appeared on The Bachelor in 2016, said in 2018 that she received so much harassment she even became suicidal.

“You have to set your filters to certain words so you don’t see them,” Shiann Lewis, one of this season’s contestants, said on Monday’s episode. Another woman, Tammy Ly, said she has often been afraid to pick up her phone, and even had death threats sent to her work email.

“The things I’ve had to go through in my life because of the color of my skin and because of where I’m from, I’ve had to be really strong,” said contestant Sydney Hightower, who is from Alabama. “But when these things are said about you, those wounds from your past, they’re never fully closed.” Variety reports that the segment on harassment came together after Hightower spoke out about the hateful messages she’d received while the show aired.

Another contestant of color, Alexa Caves, said she received hateful messages for wearing her hair naturally. But she added that she’s also received encouraging messages from viewers.

“I [also] had so much love come in, and it meant so much to get messages from people saying it’s important to have representation and thank you,” she continued. “I think that it means a lot more to me. The love is a lot louder. You just can’t listen to that negativity.” 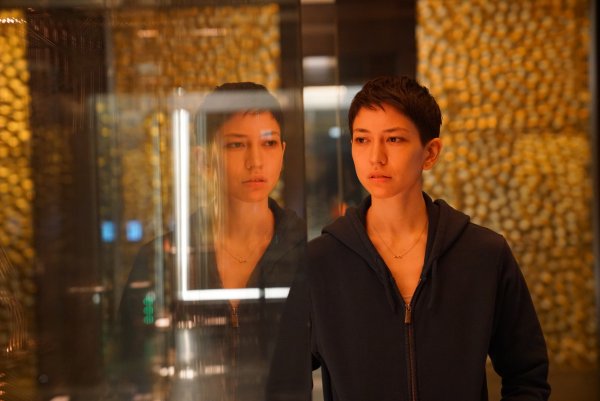 FX on Hulu’s First Streaming Series, Devs, Is a Tech Thriller With Cosmic Ambitions
Next Up: Editor's Pick