After a two-year hiatus, Kanye West returned to showing his Yeezy collections with a season 8 runway presentation during Paris Fashion Week on Monday.

While the return of Yeezy would be buzzy enough on its own, most of the conversation about the fashion show centered on the debut vocal performance of North, West’s 6-year-old daughter with wife Kim Kardashian West.

At the show, North appeared on stage where she rapped while models walked the runway; Kanye watched her performance with plenty of pride from the side.

While this is the first time that North has performed publicly, this is far from her first time doing the fashion month circuit; when she was just over a year old, North had her own front row seat at the Givenchy show in 2014, where she sat, resplendent in a custom black Givenchy dress.

For this time around at Paris Fashion Week, however, North opted for a more sporty look, wearing a neutral matching pant set and a bright fuchsia padded gilet. See her performance below. 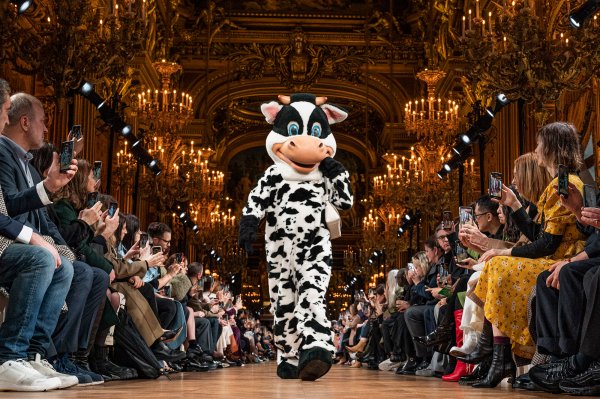 Stella McCartney Makes the Case that Animals Should Be Friends, Not Fashion
Next Up: Editor's Pick