Members of the organization Democrats Abroad in Cambodia create a makeshift voting booth for the US Democratic Party primary on Feb. 6, 2008.
TANG CHHIN SOTHY—AFP/Getty Images
By Abigail Abrams

Americans living in China and South Korea have been told that due to the coronavirus outbreak they won’t be able to vote in person for the Democratic presidential primary next month and should instead vote online. As more cases of COVID-19 appear around the world, Americans living countries such as Italy and Japan could soon see their ability to cast ballots affected, according to Democrats Abroad, the group that manages U.S. citizens voting overseas.

While more than 82,000 cases of COVID-19 have been confirmed worldwide and hobbled global markets, the new restrictions mark the first example of the virus impacting the 2020 election. The development comes as the Centers for Disease Control and Prevention this week identified the first potential case of the virus spreading within a U.S. community and warned that cities, businesses and schools should prepare for a larger outbreak. It also comes just days before Super Tuesday, when 14 states will hold primaries and Democrats who live overseas begin casting their ballots.

Voting is often a difficult process for U.S. citizens overseas, who have typically mailed or faxed their ballots to state elections officials or submitted them electronically. But in recent years, Democrats Abroad has created in-person voting opportunities for presidential primaries by giving Democrats the option to participate in a Global Presidential Primary instead of voting with their home state.

However, the coronavirus outbreak is eliminating that in-person option for some voters. In China, Democrats Abroad had previously planned to hold in-person voting events in Beijing and Shanghai. Those were canceled last week after local ordinances restricted travel and public events, and the State Department encouraged U.S. citizens to stay indoors, according to Democratic National Committee spokesperson Maya Hixson. Democrats Abroad said on Feb. 26 that it had also canceled in-person voting in South Korea.

Without in-person voting, Americans overseas would normally have the options of mail, fax or email. But Democrats Abroad China said on its website that packages leaving China are at risk of being stopped, so the group recommends that voters stick with email. This means that voters will be sending their ballots as email attachments from their personal inboxes to an inbox set up by Democrats Abroad. That inbox forwards the ballots to be stored on a secure Amazon Web Services container, which has “enterprise levels of encryption and security protocols built into its infrastructure,” according to Amanda Mohar, global communications director for Democrats Abroad.

“We want to ensure that our primary process is as secure as possible while also making it as accessible as possible,” Mohar says, adding that Democrats Abroad has a security process that limits ballot access and prevents data deletion. All emailed ballots are then reviewed by an online tally team. Mohar says that Democrats Abroad is confident in its security procedures and does not expect COVID-19 to impact ballot security in any way.

“The most important thing to understand,” says Mohar, “is that voting is still available for voters no matter what happens.”

Still, election-security experts caution that it’s difficult to fully secure any process that involves voting over the internet. Some states do allow overseas and military voters to regularly submit ballots electronically, while others use secure web portals. The ones that use email typically acknowledge it’s not ideal. When the Senate Intelligence Committee released a report last summer about Russian election interference, it said “states should resist pushes for online voting.”

“It is absolutely proven that you can intercept an emailed ballot and alter it,” says Susan Dzieduszycka-Suinat, president and CEO of the U.S. Vote Foundation, a nonpartisan organization that helps Americans overseas vote. “There has been no secure online voting system certified in the U.S. ever. Email isn’t a voting system, let alone secure.”

Outside of China and South Korea, the largest coronavirus outbreaks have been in Iran, Italy and Japan. Italy and Japan both have in-person voting planned for next week, so Democrats Abroad are in close contact with officials on the ground there and may cancel their events if needed.

“The feeling here in Italy on the ground is people are really quite worried. No one knows how scary it really is,” says Nancy Fina, the chair of Democrats Abroad Italy. She said she had not heard concerns from U.S. voters in Italy about emailing their ballots, and was grateful that Democrats Abroad allows people to submit ballots online. “Our number one desire is to get the vote out,” Fina says. “That is very very important for us.” 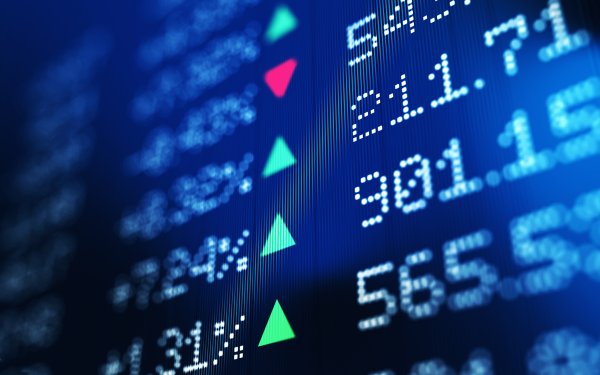 $ZOOM Shares Double Amid Coronavirus Concerns. But Investors Mistakenly Bet on the Wrong Company
Next Up: Editor's Pick