Some voters with disabilities will be able to cast their ballots on smart phones using blockchain technology for the first time in a U.S. election on Tuesday. But while election officials and mobile voting advocates say the technology has the potential to increase access to the ballot box, election technology experts are raising serious security concerns about the idea.

The mobile voting system, a collaboration between Boston-based tech company Voatz, nonprofit Tusk Philanthropies and the National Cybersecurity Center, has previously been used for some military and overseas voters during test pilots in West Virginia, Denver and Utah County, Utah. Now, Utah County is expanding its program to include voters with disabilities in its municipal general election as well. Two Oregon counties, Jackson and Umatilla, will also pilot the system for military and overseas voters on Tuesday.

The idea, according to Bradley Tusk, the startup consultant and philanthropist who is funding the pilots, is to increase voter turnout. “We can’t take on every interest group in Washington around the country and beat them, but I think what we can do is let the genie out of the bottle,” he says.

After working in politics, Tusk built his name in the tech world developing Uber’s strategy of turning its customers into armies of grassroots lobbyists, getting them to advocate for the company they’d come to rely on. He hopes to use the same tactic with mobile voting. While Tusk has no financial stake in Voatz and says he is not committed to any particular technology, he believes mobile voting can work, and if he can convince enough Americans they want to vote on their cellphones, he says, those voters will put pressure on their officials to adopt the method.

So far, the pilots have included very small numbers of voters, but election officials have deemed them successful. Officials in West Virginia, Denver and Utah County have been pleased with their outcomes and with the feedback they’ve received from voters.

“The audit that we did on the votes that were cast in our primary came back very clean. So that gave me some more confidence in the system,” says Amelia Powers Gardner, the Utah county clerk/auditor.

But as concerns around foreign interference in elections have increased since 2016, election security experts have warned against any electronic voting methods. The Senate Intelligence Committee released a report this summer on Russian election interference that highlighted the importance of paper ballots to securing America’s vote. “States should resist pushes for online voting,” the report read. It said that while ensuring access, particularly for military voters, is crucial, “no system of online voting has yet established itself as secure.”

Independent experts agree. There is an overwhelming consensus in the election security community that mobile voting using blockchain technology—including Voatz—is not yet a reliable system, according to Mark Lindeman, senior science and technology policy officer at Verified Voting, a nonprofit that advocates for the accuracy, integrity and verifiability of elections.

“We think it’s great that election officials are are trying bold innovations to help people vote. But we think this bold innovation isn’t ready for prime time,” he says.

To use the Voatz system, voters download the Voatz app onto their iPhone or Android smartphone. They then scan their fingerprint and government-issued ID and take a “video selfie” to authenticate their identity before they can tap the screen to mark their digital ballot. (Voatz says it deletes the ID and facial scans soon after they are used.) After casting their vote, the voter receives an emailed receipt of their ballot to confirm their choices were marked correctly.

This process is much quicker and potentially more secure than how military and overseas voters currently cast their ballots, Powers Gardner says. While laws can vary by state, Americans living overseas typically cast their votes through paper mail, fax or in many cases unsecured email. Sending mail internationally is not always reliable and can take weeks, while emailed votes are vulnerable to hacking and require overseas or military voters to waive their right to a private ballot.

For disabled voters, casting a ballot on their smartphones could potentially be a game-changer, says Michelle Bishop, the voting rights specialist at the National Disability Rights Network. Right now, people with disabilities face obstacles at every part of the voting process. While the Americans with Disabilities Act technically requires that people with disabilities have access to public services, programs and activities such as voting, it’s not well enforced. And even when polling places do have functioning accessible voting machines, there might be other impediments such as steps to get into the building or poll workers who don’t know how to work the accessible machine. When the Government Accountability Office examined polling place accessibility after the 2016 election, it found only 17% of polling places reviewed had no impediments outside or inside the voting area. “That’s horrifying and abysmal,” Bishop says.

Meanwhile, more and more people have smartphones, and mobile technology has done a good job of introducing accessible features. Phones allow users to zoom in on their screens, increase text size, read the screen’s content aloud and operate the device through voice commands, all of which can help voters with a range of disabilities. The National Disability Rights Network does not endorse any particular voting technology, but Bishop described Voatz and other applications like it as “incredibly promising.” Still, she takes the security concerns seriously.

“Voters with disabilities want elections to be accurate and fair and secure and for the process to have integrity as much as any other voter,” Bishop says. “I believe in testing and certification. I believe in piloting these kinds of technologies towards that end to see if it’s going to work for accessibility purposes and to make sure we can secure it.”

The problem, security experts say, is that it’s nearly impossible for third parties to verify that the Voatz system is secure and accurate with the level of information the company has released. Voatz published an eight-page white paper after its West Virginia pilot in 2018, but it did not name the four independent security auditors it said evaluated the pilot or go into detail about what information auditors could access, what vulnerabilities they found and whether those were fixed. More detailed reports came out after the Denver and first Utah County pilots this summer, but those still don’t provide a full picture, experts say.

While Voatz co-founder and CEO Nimit Sawhney says that his system is the first that “enables end-to-end auditability and verifiability in a remote voting scenario,” other elections experts dispute this. To audit the votes cast on Voatz, election officials print out a “paper ballot” and compare it to a copy of the “voter-verified digital receipts” created when the votes were submitted. Officials can compare these to the results of the tabulation and to the information stored in the blockchain. “So what’s missing? Almost everything,” says Verified Voting’s Mark Lindeman. “We don’t actually have any way of knowing that what the voter looked at is the same thing as what the Secretary of State’s office looked at. That’s that’s just not what voter verification means.”

Voatz also touts its use of blockchain as an additional security measure because the votes are stored in geographically distributed servers rather than all in one place. But experts say this provides little comfort. “Blockchain is the buzzword of the moment,” says Duncan Buell, a professor of computer science at University of South Carolina who has studied voting technologies and co-authored a paper in May detailing the many concerns that election experts have about Voatz. “Everybody regardless of what they’re doing, are going to claim they’re doing blockchain because that’s going to make it sound sexy and exciting and shiny.”

Tusk Philanthropies, for their part, hired outside security experts to review Voatz’s audits and security procedures. Andre McGregor, co-founder of ShiftState Security, told TIME he and his team spent about three weeks reviewing Voatz after the West Virginia pilot, and that he is scheduled to do another review before the end of the year. “The findings have been good,” McGregor said.

Voatz has also been working with the Department of Homeland Security to conduct tests of its system, and Sawhney says the company plans to release more detailed information about these tests and its software in the coming months. He understands the need for questions about security, he says, but adds that as a private company he also has to protect his intellectual property.

In the meantime, elections experts, government officials and disability advocates are left navigating the tension between accessibility and security—something that is only going to increase as the 2020 election approaches.

“What we haven’t solved in any context is how to make verification itself accessible,” Lindeman says. “And we need to keep wrestling with it as a really hard problem that deserves good solutions. I don’t have the solution. I just know I haven’t seen it yet.” 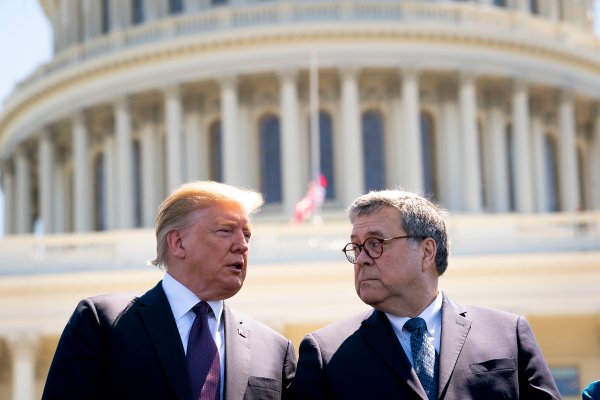 The Fight to End Nationwide Injunctions
Next Up: Editor's Pick