President Donald Trump often likes to refer to Alex Azar, his Secretary of Health and Human Services (HHS), as a “killer.”

That’s high praise from Trump: ‘Killer’ is one of his favorite compliments, and a sign of respect. “The president has been very deferential to [Azar],” says a former senior HHS official who has heard Trump refer to Azar this way in meetings. “He knows he’s smart.”

Now Trump’s confidence in Azar is about to be put to the test as officials prepare for the coronavirus’ possible spread within the United States. Trump has so far sought to downplay the danger, saying in a press conference Wednesday that “the risk to the American people remains very low.” That leaves Azar with a delicate line to walk, remaining factual and blunt about the situation without angering a president who tends to bristle when contradicted. As infections rise— the number of cases globally has surpassed 80,000 and 60 cases have been confirmed in the U.S.— Azar may find himself caught between a growing public health crisis and a mercurial boss. He will need to figure out how to be the loyal killer Trump wants and the trustworthy HHS Secretary an uneasy nation needs.

“This will definitely be a big stressor,” the former senior official says. “His tenure may be marked one way or the other with this.”

When Trump nominated Azar to the position in late 2017, he tweeted Azar would be “a star for better healthcare and lower drug prices!” Azar was coming from a decade at pharmaceutical giant Eli Lilly and Company, where he ran the U.S. division. He came under fire at his confirmation hearings for increasing drug prices during his tenure, with many Democrats questioning Trump’s claim that Azar would help the problem rather than exacerbate it. Senator Ron Wyden of Oregon, the top Democrat on the Senate Finance Committee, quoted Azar as saying that while he was at Eli Lilly, he “never, not one time, signed off on a decrease in the price of a drug,” according to Wyden’s prepared remarks about the nomination. Wyden voted against Azar along with most other Senate Democrats; in the end, Azar was confirmed 55 to 43.

Azar came to the job after a long history of influential posts in conservative circles and experience in government. In the 1990s, he was a law clerk to the late Supreme Court Justice Antonin Scalia, and then spent two years in Ken Starr’s independent counsel’s office, where he worked alongside other men who would later rise once again to prominence in the Trump era, including Brett Kavanaugh, who was confirmed to the Supreme Court under Trump, and Rod Rosenstein, who served as Deputy Attorney General.

Azar worked at HHS under President George W. Bush from 2001 to 2007. He was general counsel of the department and then went on to become deputy secretary in 2005. Former colleagues describe Azar as detail-oriented and hyper-focused, diving deep into the weeds on policy where other senior level HHS officials may have taken on a more managerial role. In the Bush Administration, Azar worked on the Medicare Modernization Act of 2003, a significant overhaul of Medicare that included an entitlement benefit for prescription drugs. He also gained experience during that time that could prove to be valuable now as he faces the coronavirus: He worked at HHS during the Anthrax attacks in 2001 and bioterrorism fears following 9/11, the SARS outbreak in 2002 and the avian flu epidemic in 2005, among other public health crises.

“He knows how to do this,” says Jennifer Young, who worked with Azar at HHS under Bush as Assistant Secretary for Legislation. “He has done it before on a smaller scale.”

Now as secretary, Azar has been working towards Trump’s major policy goal of lowering drug prices. He’s pushing to lower insulin prices and has taken steps to facilitate the import of cheaper drugs. His agency wants to increase transparency in drug pricing and has tried to adjust reimbursement rates in the 340B Drug Pricing Program to bring what hospitals pay and what Medicare pays more in line, though the latter effort has been hampered by the courts.

Those efforts, successful or not, are a key reason Azar has been able to stay in Trump’s good graces, says Tom Barker, who worked with Azar at HHS under Bush when he was General Counsel of the Centers for Medicare & Medicaid Services (CMS). “It’s loyalty,” says Barker. “A number one issue for President Trump is drug pricing, and Secretary Azar has done everything that he can to try to address the issue of drug pricing.”

The White House itself echoes this sentiment. “The Department of Health and Human Services, under Secretary Azar, is leading on a number of the President’s priorities, including combatting the opioid epidemic, protecting the dignity of human life, lowering prices for care and prescription drugs, ending HIV transmissions in the U.S. within 10 years, mitigating the spread of the Coronavirus, and more,” White House spokesman Judd Deere tells TIME in response to questions about Azar’s record.

While Azar and Trump have enjoyed a largely friendly relationship, Azar’s associates say, handling Trump’s volatility and the infighting in the Administration can make for a tough work environment. In addition to drug pricing, he’s overseen some of the most controversial policies of Trump’s presidency, including helping manage the border family separations under the “zero tolerance” immigration policy in 2018.

“He’s dealing with some pretty choppy waters,” says Tom Scully, who was the Administrator of CMS under Bush and knows Azar. “I think there’s times when he wants to rip his hair out.”

Azar has remained in the post for nearly three years because he enjoys the job and because he shares Trump’s broader vision for healthcare, those who know him say. “He’s very conservative,” Scully says, “and I think he’s philosophically probably pretty in tune with a lot of things this Administration does.”

It remains to be seen whether those priorities will remain aligned as the coronavirus crisis continues to unfold. On Wednesday, Trump put Vice President Mike Pence in charge of the coronavirus team, and on Thursday, the White House appointed Ambassador Debbie Birx as the “White House coronavirus response coordinator,” a czar-like figure to join the task force led by Azar.

The move has raised questions of whether Azar has the President’s full confidence to handle the crisis. There is precedent for appointing a czar in situations like this: President Barack Obama tapped Ron Klain to be the Ebola czar in 2014 during the public health crisis. The former HHS official who knows Azar notes that regardless of who else joins the team, Azar will still likely be the person running the coronavirus response in reality. “People feel better because it looks like you’re doing something,” the official says about appointing a czar or similar figure to oversee a crisis. “It’s more public relations than anything.”

Trump said Wednesday evening that the White House continues to have confidence in Azar, despite the additions. “I think Secretary Azar is doing a fantastic job, but he also has many other things,” Trump said, mentioning drug pricing specifically. “I think it’s perhaps the most complicated job that we have in government, and I want him to be able to focus on that.” On Thursday, Pence said he is “leading” the task force while Azar is its “chairman.”

In the meantime, the Administration is asking Congress for a $2.5 billion funding package to fight the virus, which some Democrats say is woefully inadequate. Trump joked Wednesday evening that he’d be happy to accept more money, if the Democrats want to offer it.

Whatever happens next with the coronavirus in the U.S., and whoever else may be brought in to help with the response, Azar will remain a key player. But those who know him say even though his natural demeanor is calm and methodical, he will speak up if things get worse, regardless of the messaging coming from the White House. “If he’s really concerned,” Scully says, “he will not just quietly take the party line.” 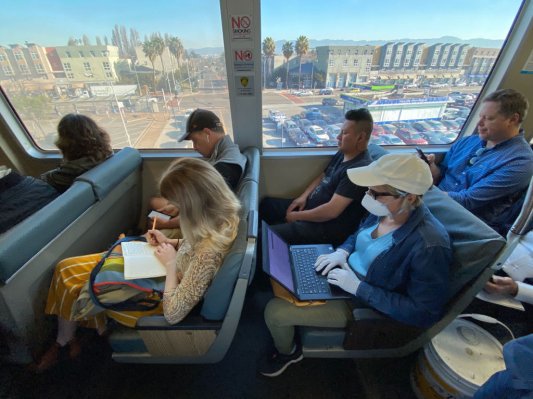