While cheetahs may be known as the fastest land animal, a little javelina spotted dashing through the streets of Tucson, Ariz. may be coming for its crown.

The little desert-dwelling mammals, also known as collared peccaries, are native to southern Texas and Arizona and despite what one Twitter user suggests, they are not “cheetah pigs” or any type of pig, according to the Desert Museum, despite the fact that they look distinctly pig-like. They have many distinct physical characteristics and apparently can run like the wind, particularly when sprinting to Daddy Yankee’s “Gasolina” or many other songs.

As KOLD News 13 reports, a Tucson resident spotted the javelina’s one-mammal marathon and managed to capture the speed demon on camera. The footage was passed to reporter Hannah Tiede who shared the javelina’s run for the border on Twitter:

From there, the video took off faster than the javelina. The little peccary’s glorious run was screaming for a soundtrack and the clever minds of the internet have provided. Not only are the clips wildly entertaining, but they are also an excellent study in the art of the soundtrack. The same clip set to different styles of music can completely alter the perception of a video. For instance, when the little javelina is running to the Chariots of Fire theme, the mad dash looks majestic with its wind blowing through its hair.

When it’s running to Queen’s “Don’t Stop Me Now”, the javelina’s journey is a fun romp through the Tucson streets:

The Crash Bandicoot soundtrack makes it look like a very realistic videogame:

When set to M83’s “Midnight City” it seems like the javelina is on an epic quest:

The Replacements’ “Run It” gives the sprint a hard-driving edge:

And, naturally, the video needed to be set to Bruce Springsteen’s “Born to Run”:

There’s even a new Twitter account dedicated to finding the right soundtrack for the sprint. @javelinarunning is filled with nothing but the video of the running mammal set to different songs.

After a considerable survey of the results, it’s clear that there is no wrong soundtrack to this javelina’s marathon. 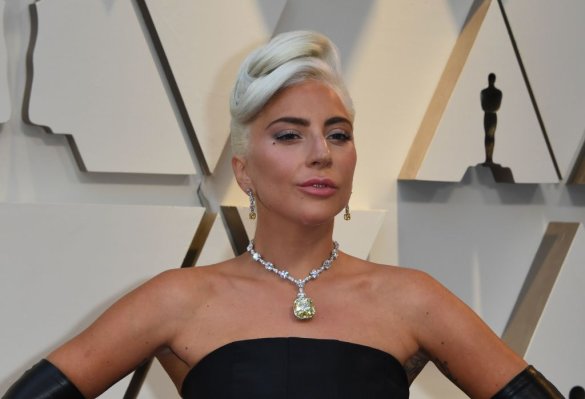 That Viral 'Shallow' Singer Who Stunned the Internet Has Blessed Us With a Full Performance
Next Up: Editor's Pick