Danielle Polk used to work up to 13 hours per day, seven days a week, as a bank teller and a McDonald’s floor supervisor. She dreamed of finishing college, but thought she couldn’t afford to step away from the workforce to do it. “I was worried about the cost,” Polk, who’s now 22, recalls. “I was also worried about not having the time to actually attend.”

Then she found out about Harper College. At the community college in Palatine, Illinois, students like Polk can split their time between traditional classroom learning and on-the-job training at companies in nine fields, ranging from cybersecurity to supply chain management to graphic design. The employers who partner with the school pay apprentices for their work, and also pick up 100% of their apprentices’ tuition, fees and books.

When Polk graduates in August 2021, she will not only have no student loans, but will also be poised to have a healthy savings account and a guaranteed job at Zurich Insurance, the company that is sponsoring her apprenticeship and education. “I’m not sure how you find a place who is willing to pay you full-time and then pay for your education on top of that,” says Polk. “It definitely seems too good to be true.”

Now Rep. Ro Khanna is trying to make a version of Harper’s apprenticeship program go national. On Tuesday, the California Democrat who represents Silicon Valley will introduce legislation that would provide colleges and employers grant money to create apprenticeship opportunities for students. Through the law, students could earn college credit and industry credentials while their employers pay them fair wages and at least 25% of their college tuition and fees. Employers who foot the costs would benefit from “an extraordinarily skilled worker who is going to be up to date on the latest technology, the latest skills and have a great education,” Khanna tells TIME.

The bill was designed to address a complicated labor and education problem: Even in today’s booming economy, more than 40% of college graduates end up taking jobs that don’t require a degree, according to a 2018 report by the Strada Institute for the Future of Work. A key goal of Khanna’s apprenticeship bill is to train students—and pay them—for jobs they actually want. It would also update the existing federal work-study program, which pairs students with jobs around campuses to offset their living and educational expenses, to allow apprenticeship programs to serve as a qualifying student’s work-study requirement.

The central goal of the proposal is to match well-trained employees with companies that have hard-to-fill roles. Apprentice graduates “are more marketable because they’ve had experience in the industry,” says Lauren Eyster, a senior fellow at the Urban Institute’s Income and Benefits Policy Center. “People are coming out of school with a degree but they don’t have any experience in their field of study.” For employers, the proposed legislation wants to help develop apprenticeships in industries and professions where the practice is not “already prevalent.”

Khanna says the legislation, the House companion to Sen. Michael Bennet’s Student Apprenticeship Act, can help underemployed workers like Polk. “A lot of folks, they may be driving Ubers to make extra money, they may be doing a job that’s a service job and not a job that’s actually paying a $20-25 range. They may be doing something that is at a warehouse in a distribution facility, but barely making $12 and $15,” Khanna says. “What this is saying is that a low employment rate is not enough. What we need is people to actually have good-paying jobs.”

Mark Mrozinski, Harper College’s assistant vice president of workforce development, says that apprenticeship programs are known to be especially successful in vocational areas, like mechanical and electrical fields. Notably, the bill text says it would not provide grants for apprenticeships in construction trades. But supporting training of new vocational workers in adjacent fields, like industrial maintenance and precision machining, could help stave off a looming shortage of trained infrastructure workers. In 2015, the U.S. Departments of Labor, Education and Transportation reported that there would be 68% more job openings in transportation and transportation-related fields in the next decade than there were individuals being trained to fill those roles.

Mrozinski says atypical apprenticeships in fields like insurance, banking, and finance have succeeded at Harper. “Basically, if there’s a compelling workforce need, it’s the best way to grow.”

University of California Berkeley labor economist Carol Zabin predicts the plan, if it is passed into law, could face potential problems scaling the model up outside of traditional apprenticeship fields. “What has worked so well for decades in the skilled trades is that there is a union that gathers the collective interests of workers and at the negotiating table in designing these programs and implementing them,” she says. In professions where there aren’t typically unions in place to protect apprentices, like banking and insurance, Zabin says the deal could “turn into an exploitative situation.”

Getting employers to agree to front the costs for student tuition and fees, on top of paying them a livable wage, may also be challenging. The incentive grants in the bill will only be “4 or 5 years in duration,” according to both Rep. Khanna and Sen. Bennet’s bills. To secure them, participating schools and companies will have to prove they can continue to sustain the program for at least 20 months after the grant ends. “It’s a hard sell,” says Eyster of the Urban Institute. “It’s not just the wage and the wage progression [companies must] provide, but it’s the time of an employee to serve as their trainer.”

The long-term payoff for companies that do invest can include more intangible benefits, like greater employee loyalty. At the completion of most apprenticeship programs, participating employers like Zurich Insurance can get new hires who are trained for their exact roles. And participants like Polk walk away with associate degrees, jobs, and no student loan debt. “This helps put people on a path to a career that can lead to the middle class,” says Khanna. “That was the American dream, and that’s what we want for every American. That’s why my parents came to this country.” 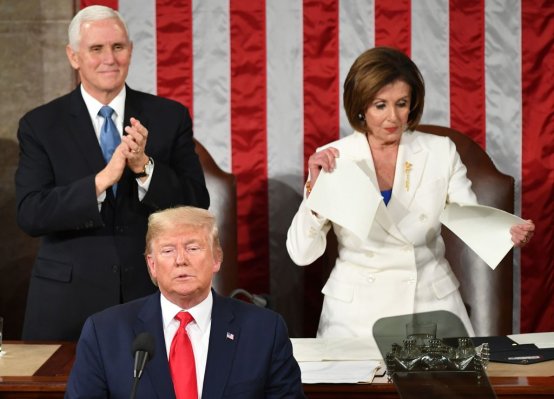