American military personnel at Camp Shorabak in Helmand Province, Afghanistan, Sept. 26, 2019.
Jim Huylebroek—The New York Times/Redux
Ideas
By Elliot Ackerman
Ackerman is the author of the novel Red Dress in Black and White and the memoir Places and Names: On War, Revolution, and Returning, as well as three other novels. He served five tours of duty in Iraq and Afghanistan, received the Silver Star, the Bronze Star for Valor, and the Purple Heart.

Having fought in both Iraq and Afghanistan, I am often asked what I think distinguished the two wars from one another. The answer is imagination, and I believe this is the critical element upon which an imminent peace deal between the U.S., Afghan government, and Taliban will depend. When I served in Iraq, starting in 2004, I spent a great deal of time discussing the burgeoning insurgency with local leaders. When the question of peace came up—what it might look like, or how we might get there—peace itself was a status quo which, despite the brutality of Saddam Hussein’s regime, most Iraqis remembered and to which they aspired to return. In Afghanistan, the conversation around peace was different.

The average life expectancy in Afghanistan is just over sixty-three years old. The Soviets invaded in 1979, so the current generation of elder Afghans were in their early twenties, barely adults, the last time their country knew peace. Younger Afghans, like the field commanders and district officials I worked alongside, had known nothing but war their entire lives. Unlike with Iraqis, the evocation of peace among Afghans wasn’t an act of remembering a status quo; it was an act of sheer imagination, akin to Americans imagining a post-racial society, or net carbon emissions neutrality, or any other seemingly noble but likely impossible goal.

When it comes to ending our wars, the need for imagination certainly extends to Americans. Like the older generation of Afghans, I was in my early twenties the last time my country was at peace. For my peers and those younger than us, pre-War on Terror America has become a hazy memory, with last year marking the first time in U.S. history that a person could sign up to fight in a war that’s older than they are.

For the military professionals, diplomats, and aid workers who will implement a peace deal in Afghanistan, a dramatic reimagining of the country and its possibilities is required. For the Afghan government, this will involve incorporating the Taliban as a legitimate political entity; for the Taliban, it will involve accepting the legitimacy of the Afghan government in Kabul and its constitution. And for Americans, it will involve trusting our former adversaries to never again allow Afghanistan to become a safe haven for international terrorism.

The above is a difficult reality to envision, particularly after twenty years of war in which antipathies have calcified. Skeptics might argue that the current peace negotiations are simply the latest doomed effort to negotiate with the Taliban, dating back to the prisoner swap that released Bowe Bergdahl six years ago. However, there’s one reason to believe a deal is almost inevitable: President Trump’s re-election campaign.

This is another area where a parallel exists between the Afghan and Iraq wars. Just as ending the war in Afghanistan was a Trump 2016 campaign promise, ending the war in Iraq was an Obama 2008 campaign promise. When President Obama withdrew U.S. combat troops from Iraq in 2011, he fulfilled that promise. In the 2012 election, he touted the end of the Iraq war as one of his administration’s signature achievements. It was only in his second term, when there was less of a political cost to pay, that security in Iraq deteriorated and he had to recommit U.S. troops in the face of the Iraqi government’s near collapse and the rise of the Islamic State. A weak peace leading to a recommitment of U.S. troops is as much a danger now, in Afghanistan, as it was then, in Iraq.

With anti-war sentiment high in the U.S., it is likely Trump will want to claim Afghan Peace as one of his administration’s signature achievements. With a celebrated predisposition toward martial pomp, it isn’t difficult to imagine him engineering a hybrid peace-treaty-signing-ceremony/military-parade/spouse-reunification/political-rally, perfectly timed a few weeks before the general election and produced for a national TV audience.

The Taliban, who are not fools, understand the role that timing plays in their negotiations. They will likely use this year’s election as a point of leverage to enhance their own position as discussions progress. That Trump might demonstrate restraint, placing long-term regional peace ahead of short-term political gain when negotiating an end to the Afghan War, seems hard to imagine. But, as I learned in that war, imagination is the thing upon which an enduring peace depends. 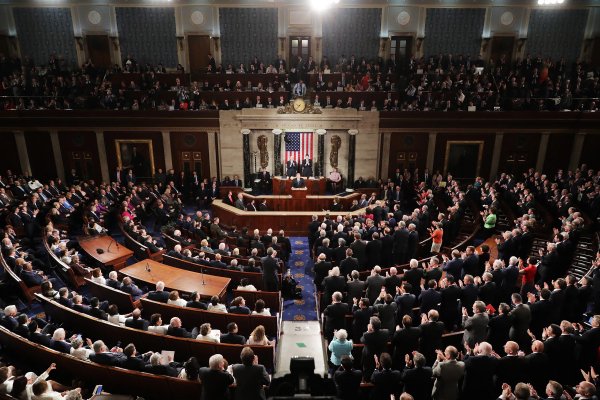 Congresss Has Always Been Partisan
Next Up: Editor's Pick