In this Sept. 27, 2017, file photo, Army Sgt. Bowe Bergdahl leaves a motions hearing during a lunch break in Fort Bragg, N.C.
Andrew Craft—AP
Ideas
By Michael Ames
Ames is the co-author of the new book AMERICAN CIPHER: Bowe Bergdahl and U.S. Tragedy in Afghanistan and a regular contributor to Newsweek and Harper's.

In the summer of 2018, the Trump Administration began quietly reaching out to the Taliban to strike a peace deal in Afghanistan. With little apparent sense of irony, President Trump pursued negotiations through the same Taliban officials that during his presidential campaign he routinely called vicious, bloodthirsty terrorists—the same five men who President Obama released from Guantanamo Bay in the 2014 prisoner exchange for U.S. Army soldier Bowe Bergdahl.

Trump’s Taliban peace talks have been underway in Doha, Qatar, since January, and as the full scope of the war comes into view, Bergdahl’s status as a detested scapegoat can and should be reassessed. In history’s long view, he may be remembered as the key that unlocked a frozen peace process.

From the day after they first captured Bergdahl, the Taliban demanded a prisoner trade. For years, Taliban officials, spokesmen, and military commanders broadcast a common refrain—let’s negotiate a prisoner swap—through every available channel. But Washington had no ready reply. Held captive by the Taliban inside Pakistan, our supposed ally, Bergdahl’s plight mirrored the self-enforcing illogic of the entire conflict.

The Obama Administration held secret the May 31, 2014 prisoner trade that released him until the last possible hour, not only for operational security on the Afghan-Pakistani border, but also to keep it from political adversaries in Washington. Within hours of the swap, Republican operatives led by Richard Grenell, Trump’s ambassador to Germany, took to cable news to spread reckless gossip that Bergdahl had been a defector. The backlash that followed, led in large measure by Trump himself, revealed the extent to which American politics had come untethered from reality.

Two days after the exchange, and long before his gilded descent to the presidency, Trump called Bergdahl a traitor on Fox & Friends, unwittingly regurgitating years of Taliban propaganda on America’s most watched news network. Trump howled that Obama’s prisoner swap wasn’t just a bad deal, but a high crime bordering on treason.

“We trade five killers that want to destroy us, that are already back in service to try and knock us out, and we trade five killers for one traitor,” Trump told Fox’s Martha MacCallum in July 2014. MacCallum never pushed back, but Trump was wrong on every count. Far from trying to kill Americans, each of the five Taliban were either working as U.S. intelligence assets or had been detained while trying to.

One of the five Taliban officials, Abdul Wasiq, had been an intelligence minister when, in November 2001, he met with American operatives and offered to help track down his boss, Taliban leader Mullah Omar. Wasiq said he would carry a GPS device to lead them straight to Omar, but shortly after the meeting the Americans detained him, bound his wrists with zip-ties, blinded him with goggles stuffed with cotton balls, inserted a tranquilizing suppository in his rectum, and flew him to Guantanamo Bay, where he spent more than twelve years in Kafkaesque purgatory. The primary reason for his detention? According to his official Pentagon records, he was there “to provide information…on Omar’s location.”

After Obama released the five, and following their warm welcome in Doha, where the Qataris presented each with a shiny gourmet cake, they were put under house arrest, monitored by Qatari authorities, and have lived in air-conditioned obscurity ever since. Now, Trump’s peace talks are restoring their lost status and influence.

As for Bergdahl, there has never been a shred of credible evidence that he sympathized with the Taliban. Following an exhaustive Army investigation and his three-year prosecution by a team of fifty Pentagon lawyers under both the Obama and Trump administrations, he was never charged with treason.

But mythical narratives are a tough habit to kick. Just ask Secretary of State Mike Pompeo, who summed up the recent state of play with a dizzying boast: “I have a team on the ground right now trying to negotiate with the Taliban terrorists in Afghanistan.” It seems that with the Taliban—a conservative, patriarchal movement that loves guns and pick-up trucks and has a nasty totalitarian streak—Trump and his team may have finally found a negotiating partner on his level.

Trump and Pompeo are also presiding over an increasingly broken relationship with their own clients in Kabul. After Afghan National Security Advisor Hamdullah Mohib protested his own government’s exclusion from the talks, U.S. officials publicly rebuked him and, even though he is married to an American woman, seem to have threatened his U.S. visa. American officials issued a similar travel ban on Amrullah Saleh, who, as the former director of Afghan intelligence has been one of Washington’s fiercest allies in Kabul for more than a decade. When his visa was denied, Saleh had been planning a trip to D.C. to inform members of congress that the Trump administration is on the brink of abandoning him.

Today, the Taliban controls more territory and leverage than any time since the war began. Once Trump made it clear that he wanted out, the Taliban has also been setting the timetable, demanding a total withdrawal of U.S. forces within a year. No one knows how this will end, but Trump’s exit plan raises profound questions about what we are leaving behind. Gains made by the U.S. and NATO cannot be denied, and Afghans who welcomed us fear what lies ahead.

“I watch soccer matches and cheer for Afghan female pop stars, who sing where the Taliban executed women 20 years ago,” one Afghan media professional wrote recently in the Wall Street Journal. “I have the freedom to express my views, as I’m doing now. I will not give this up.”

Barring a speedy resolution, the war in Afghanistan will soon reach its twentieth year. It would be easy to label Trump a hypocrite for negotiating with the same men he called “five of the greatest killers in the Middle East.” But in Doha, reality has trumped rhetoric. When the books are written about America’s longest war, Bowe Bergdahl will be remembered as a key figure who, intentionally or not, helped force both sides to stop fighting and start talking. 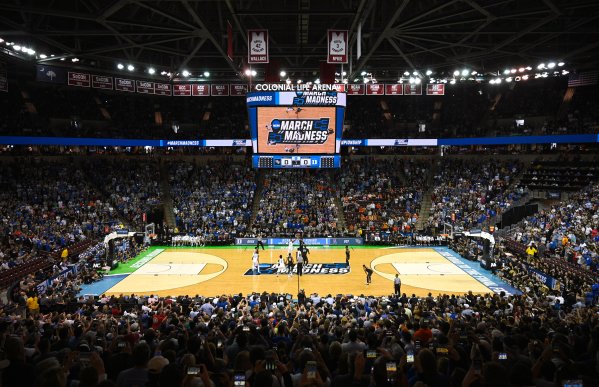 Why Telling the NCAA to Pay Players Is the Wrong Way to Help College Athletes
Next Up: Editor's Pick