Between global warming, precarious international politics, and the stress of impending presidential elections, there’s a lot to worry about in this current moment, a feeling that Balenciaga creative director Demna Gvasalia appears to tapping into with his latest advertising campaign for the high fashion campaign.

Balenciaga dropped a series of images featuring models as politicians running for office and a very stressful video of a dystopian evening newscast where water is disappearing, the planets are realigning, and all of the newscasters and subjects speak monotone gibberish over an ominous soundtrack, while dressed in head-to-toe Balenciaga.

The effect is futuristic and a little disturbing, but fans of Gvasalia’s avant garde work at Balenciaga know that the Georgian designer often deals in discomfort to promote his collections. At the house’s SS20 runway show, models walked to a haunting musical mix while in a severe all-blue room that many interpreted as a nod to the E.U. 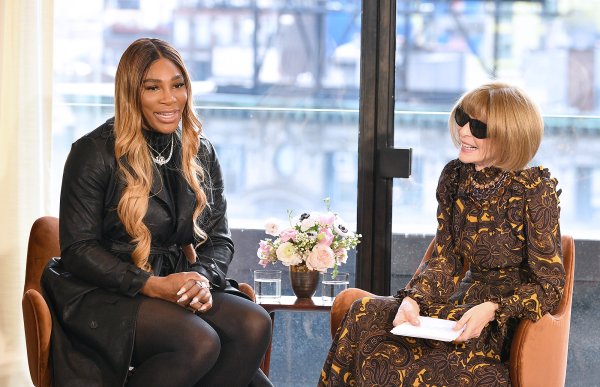 Serena Williams Says Working Moms Are Superheroes: 'Women Need to Be Recognized'
Next Up: Editor's Pick