Over the weekend, several headlines in the U.K. and a trending Twitter topic included a reference to a school of thought that many thought had been relegated to the past: eugenics, or the controversial notion that human populations could be somehow “improved” via selective breeding. But the troubling ideas found their way back into the news after comments made by a newly-appointed aide to British Prime Minister Boris Johnson resurfaced. In a 2016 interview, researcher Andrew Sabisky said “Eugenics are about selecting ‘for’ good things. Intelligence is largely inherited and it correlates with better outcomes: physical health, income, lower mental illness.” On Monday evening, Sabisky resigned.

Other unearthed comments allegedly written by Sabisky referred to a “permanent underclass” being created by “unplanned pregnancies,” suggestions that lawmakers should pay attention to “very real racial differences in intelligence,” and a comparison between women’s sport and the Paralympics.

Before Sabisky’s resignation, the BBC reported that the Prime Minister’s office refused to confirm his role and did not comment on his remarks, with a senior spokesperson for Johnson saying Monday that “the prime minister’s views on a range of subjects are well publicized and documented.” After resigning, Sabisky reportedly tweeted “I wanted to help the government not be a distraction… accordingly I’ve decided to resign. I know this will disappoint a lot of people but I signed up to do real work, not be in the middle of a giant character assassination.”

The controversy has prompted calls for the Prime Minister’s office to reassess its hiring process. “I just find it bizarre that anyone who even holds these kinds of views, which are both morally and scientifically incorrect, would even be entertained for a job in government,” says Angela D. Saini, author of Superior: The Return of Race Science. “As a set of policy proposals, which is what Sabisky seems to be suggesting, it just makes no sense whatsoever and it’s morally abhorrent. It feels remarkable to me that we have even got to this stage.”

As Sabisky’s comments emerged over the weekend, the U.K.’s Royal Society, a fellowship of the world’s most eminent scientists, decided to mark 198 years since scientist Francis Galton was born with a tweet on Sunday noting “his most intensive research was devoted to human physical attributes such as height, chest width, arm strength and color vision.”

The tweet failed to mention Galton’s role as a eugenicist propagating racist ideas, among them the “inferior” nature of “Negroes” and “Hindoos” and that “the Arab is little more than an eater up of other men’s produce.” (After criticism online, the Royal Society added that the original tweet was “not up to our usual standards” and acknowledged Galton’s broader historical record).

Indeed, eugenics as a study was primarily formulated in the U.K. by Galton, who coined the term in an 1883 book titled Inquiries into the Human Faculty and its Development as a proposed way to “give to the more suitable races…a better chance of prevailing speedily over the less suitable.” In the early 20th century, eugenics labs and researchers working as eugenicists were part of the scientific establishment in Britain. Social reformers on both sides of the Atlantic used explanations rooted in eugenicist ideas to justify separating “undesirable” members of the population from those who were deemed “superior” along racist, classist and gendered lines.

Galton’s theories included the argument that a “genetic underclass” should not have children, and if they did so, the parents would be regarded as “enemies of the state.” These ideas were later echoed in Nazi Germany, forced sterilization laws in several U.S. states, and other programs around the world — including India in the 1970s, and in China, where a controversial 1994 law supposedly guaranteeing prenatal and pediatric health care to poor women and children was originally known as the Eugenics Law.

“[Eugenics] was predicated on this idea that genetics works in a certain way, and that we should be using this knowledge to change how society functions in terms of reproduction and who gets to reproduce,” Saini tells TIME. “We know now that [genetics] doesn’t work in that way. It may have been formed by scientists at the time, but it was really a social policy.” Since the end of World War II in particular, geneticists and social scientists have increasingly called for an end to the use of race as a variable in genetic research. As British geneticist and author of How to Argue With a Racist Adam Rutherford writes, modern scientific consensus indicates that “there is no genetic basis that corresponds with any particular group of people, no essentialist DNA for black people or white people or anyone…There are genetic characteristics that associate with certain populations, but none of these is exclusive, nor correspond uniquely with any one group that might fit a racial epithet.”

Weighing in amid the Sabisky scandal on Sunday, evolutionary biologist and controversial author Richard Dawkins tweeted on Feb. 16 saying eugenics would “work in practice,” later adding “I deplore the idea of a eugenic policy.”

For Saini, the fact that eugenics is still making headlines is dangerous. “It really should have left public debate by now. It is so discredited as an ideology, both morally and also scientifically,” Saini says. “Mainstream scientists completely expunged this idea from its ranks, for precisely the reason that it is a completely discredited ideology.”

Against the backdrop of a flurry of eugenics-related news, a new book from the author of the controversial book The Bell Curve appears to be drawing on similar ideas. The 1994 book, co-authored by U.S. sociologist and political scientist Charles Murray, argued that IQ differences between the races were mostly innate and shaped by heredity environment, and that the welfare programs of should be scrapped because they encouraged poor, low-IQ women (“the wrong women”) to have more children; arguments which were met with severe backlash. Murray’s new book, Human Diversity: The Biology of Gender, Race and Class, claims to use science to “overthrow an intellectual orthodoxy” that has “stifled progress,” namely the “half-truth” concepts that gender and race are social constructs and class is a function of privilege.

Why is it that discredited ideas then seem to re-emerge, in institutions, publications and public debate? Saini says it comes down to proponents of eugenics and discredited ideologies wanting to maintain social hierarchies as they are. “It never really went away. It really is the bedrock and at the birth of modern western science” she says of eugenics. “I think there is a lot of political power in being able to make the argument that the inequality that we see in the world is natural, and it isn’t the product of social and historical factors—it’s just because groups of people are fundamentally different. And people want to be able to make that claim politically because if they can, they don’t need to do anything to fix that inequality.” 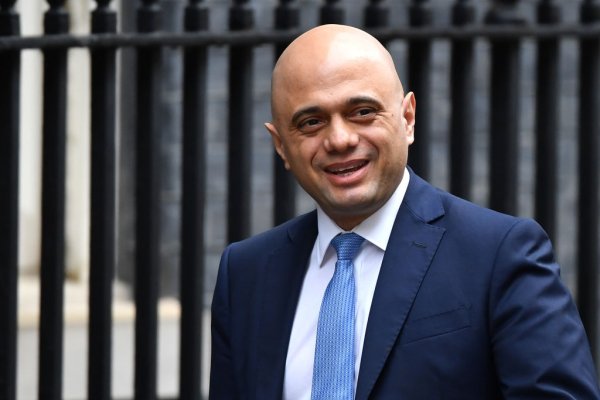