Social media isn’t always a source of comfort, but a new trend spreading on Twitter is a heartwarming one.

Rapper Meek Mill started a challenge on Thursday that encourages others to share pictures demonstrating how believing in themselves got them through hard times. Seemingly inspired by his new song “Believe,” featuring Justin Timberlake, which dropped Feb. 7, Meek’s tweet urged followers to “post your progress no matter how far you came,” the Grammy-nominated artist said in his tweet, along with the #BelieveChallenge hashtag.

Meek Mill, who was born as Robert Rihmeek Williams, is also a criminal justice reform activist whose battles with the American justice system was explored in last summer’s Amazon Prime documentary series, Free Meek. That he has struggled for his own freedom makes it all the more emotional that so many people responded to the challenge with their own stories of making their dreams come true after a prison sentence.

Mark Morton, the guitarist for metal band Lamb of God, shared his progress from a kid with a guitar to playing in front of a massive live audience. DJ Showcase posted a similar tweet to highlight how far he has come in his success as an artist.

Musician J’mere shared a picture from a performance at his 2014 high school graduation, along with the time he opened for Cardi B last year.

The inspirational replies also extended to people who triumphed after struggling with medical issues, as well as athletes who never gave up on their dreams.

Philadelphia animal shelter Morris Animal Refuge shared stories of how some of their furry friends were nursed back to health.

In addition to the earnest replies, some people had fun with the trend, with one user sharing a side-by-side of Cate Blanchett crying in Blue Jasmine juxtaposed with her holding the Oscar she won for the film in 2014. (True fans keep mental notes of these things.) 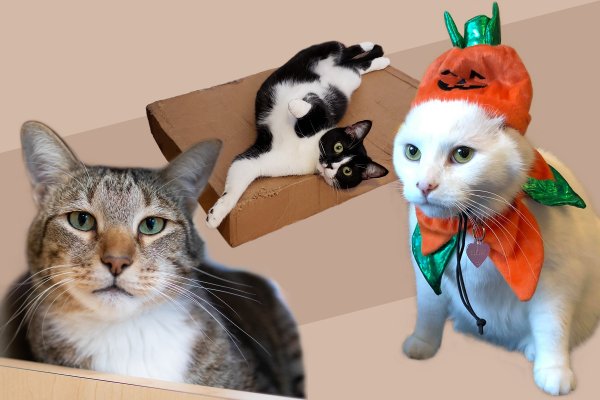 Welcome to the Ultimate Chaotic Catittude Power Ranking of the Cattiest Cats Around
Next Up: Editor's Pick