A suspect is in police custody after two New York City police officers were shot and wounded half a mile apart on Saturday night and Sunday morning, in what officials are calling “assassination” attempts.

Police say that the suspect walked into the 41st precinct in New York City’s Bronx borough just before 8 a.m. Sunday and fired multiple rounds, wounding an officer. Police say that the same suspect is believed to have shot and wounded another police officer in a targeted shooting on Saturday evening.

The first shooting occurred at about 8:30 p.m. Saturday evening, when a man in a dark jacket is believed to have approached two officers sitting in a police van and asked for directions, Commissioner Dermot Shea said in a press conference on Saturday night. The man pulled out a gun, and the officer behind the steering wheel quickly put the van into drive and pull away. The suspect shot at the vehicle multiple times, striking the officer behind the steering wheel at least once. The officers did not shoot at the suspect.

The officer was struck in the chin and the neck, with the bullet nearly striking his carotid artery, Shea said. The officer’s partner was able to help transport him to the hospital, and the wounded officer is expected to be released from the hospital on Sunday.

“It is a miracle that we are not here under worse circumstances,” Shea said on Saturday evening. He said that the officers targeted in the first shooting had been sent to the area because of recent reports about violence and drug crime in the area.

The next morning, at about 7:56 a.m., the same suspect walked into the 41st precinct and pulled out a 9 mm Sauer gun, Shea said Sunday. The suspect opened fire at several officers behind a desk, striking a male officer in the upper left arm, and then walked to an area near the desk and opened fire on officers and a civilian member of the police department, Shea said. The suspect eventually ran out of bullets and laid on the floor.

The second police officer wounded is being treated for his injuries, but is expected to fully recover.

Police are also questioning a woman who was in the area, Shea said. She is not believed to be a suspect.

Shea characterized the shootings as “assassination” attempts against police officers in a press conference on Sunday morning.

Shea did not release the suspect’s name, but said he has a long history of violence, including a conviction for a 2002 incident where he shot someone in the Bronx, carjacked a woman, crashed her vehicle and then engaged in a gunfight with police, Shea said. He was convicted for attempted murder, and was paroled in 2017, Shea said. The suspect was later charged with another crime, and was scheduled for a court date.

New York City Mayor Bill De Blasio said at the Sunday press conference that it is important to remember that police officers represent the entire community.

“As a city, as a nation, our entire society has to understand— an attack on a police office is an attack on all of us. It’s an attack on a democratic society, a decent society,” de Blasio said Sunday morning. “And it’s intolerable and we will not accept it and we will fight back with everything we have because we have to protect not only New Yorkers, but everything that we believe in this city. A place where everyone can live in peace and decency and mutual respect. This individual attempted to destroy that.”

The shootings occurred amid heightened tensions about the role of police in New York City. On Jan. 31, protesters disrupted subway stations across the city to protest fares and the police presence in the transit system. More than a dozen people were reportedly arrested. Reports said that at least some of the protesters vandalized the subway stations, including by pouring glue in the turnstiles. In November, hundreds of people gathered in Brooklyn to protest alleged police brutality, WABC News reported.

Shea said Sunday that the shootings reminded him of the 2014 shootings of officers Wenjian Liu and Rafael Ramos, who were murdered in Brooklyn after widespread protests against police brutality. Shea noted that in recent protests, demonstrators had directed profanity against police.

“Everyone should be speaking out against this,” Shea said. “And you have to be careful about the words you use, whether it’s on social media or on written papers or speaking, because words matter. Words affect people’s behavior.”

He noted that civilians walk into the city’s police precincts “throughout the day” and that it’s part of the police department’s efforts to engage with the public.

De Blasio also emphasized that words can have consequences.

“Anyone who spews hatred at our officers is aiding and abetting this atmosphere,” the mayor said. “It’s not acceptable. You can protest for whatever you believe in but you cannot viley attack those who are here to protect us.”

“I grew up in New York City and, over many years, got to watch how GREAT NYC’s ‘Finest’ are. Now, because of weak leadership at Governor & Mayor, stand away (water thrown at them) regulations, and lack of support, our wonderful NYC police are under assault. Stop this now!” Trump wrote on Twitter.

Last week, President Trump criticized New York City’s leadership for failing to keep the city safe in his State of the Union address. He blamed the City’s “sanctuary” policies, which minimize the police’s cooperation with federal immigration authorities.

De Blasio criticized the President for speaking out against New York City officials so soon after the attacks.

“Our city is hurting right now. The only appropriate response is thoughts, prayers and solidarity with our officers — this is no time for division,” de Blasio wrote on Twitter. 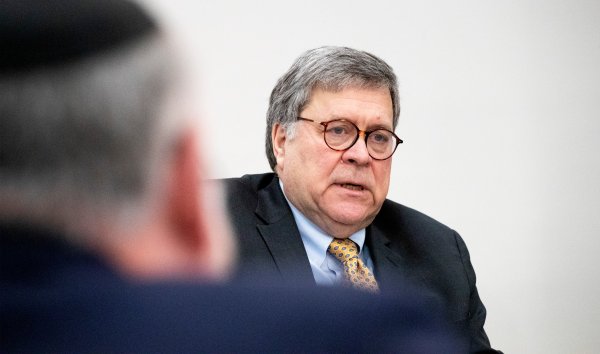