Harvey Weinstein’s rape trial in New York came closer to an end Thursday as prosecutors rested their case, following more than two weeks of emotional testimony from six women who helped collectively paint the movie mogul as a sexual predator.

Weinstein’s accusers told the seven men and five women of the jury how the powerful Hollywood film producer dangled possible acting roles and jobs as bait to get them alone with him. Once in private, the women allege, Weinstein masturbated in front of them, groped or sexually assaulted them.

One of the most chilling testimonies of the trial, a watershed moment for the #MeToo movement, came from Jessica Mann, the 34-year-old woman whose claim against Weinstein is at the center of the case. Weeping uncontrollably multiple times on the stand, Mann testified that the word “no” was “like a trigger” for Weinstein, who she says raped her in a New York City hotel room in 2013 and again when she told him her new boyfriend was an actor.

“He was screaming, ‘You owe me. You owe me one more time,’ as he was dragging me into the bedroom,” Mann recalled of the later incident.

Mann, who was an aspiring actor from a small town in Washington state when she met Weinstein at a party in the Hollywood Hills, said she initially thought crossing paths with Weinstein was a “blessing.” She said she decided to enter into a “real relationship” with Weinstein after he allegedly forced oral sex on her. Mann claimed the relationship was abusive, but Weinstein’s defense team argued that was not true, showing the jury complimentary emails Mann often sent to Weinstein.

Defense attorney Donna Rotunno repeatedly accused Mann of lying, saying she manipulated and used Weinstein for his power and connections. “You were lying to him every single time you engaged in sexual activity that you did not want,” Rotunno said.

Earlier in the trial, jurors heard from Mimi Haleyi, a former “Project Runway” production assistant, who testified that Weinstein forcibly performed oral sex on her in his apartment in 2006.

Weinstein—who has entered New York State Supreme Court in Manhattan almost every day hunched over a walker—has denied all allegations of non-consensual contact, including dozens made by women whose accusations date too far back for him to be prosecuted. At least three of those women have testified, including Emmy-nominated “Sopranos” actor Annabella Sciorra, bolstering the prosecution’s argument that Weinstein was a repeat sexual predator.

Wulff testified that Weinstein masturbated in front of her in an isolated part of an upscale restaurant, where she used to work as a cocktail waitress, on the night they met. She claims he later raped her at his Manhattan apartment in 2005, when she thought she would be auditioning for a movie.

The final accuser to take the stand, Lauren Young, a 30-year-old model, testified this week that Weinstein trapped her inside a Beverly Hills hotel room bathroom, where she said he masturbated in front of her and grabbed her breast, in 2013.

The trial has proven to be sometimes embarrassing for Weinstein. At least two women were asked to describe how he looked naked, as well as the appearance of his genitals and ejaculation. Mann said she thought Weinstein was “deformed,” adding that she did not desire him sexually.

Prosecutors have called about 20 witnesses to the stand, including forensic psychiatrist Barbara Ziv, who also testified in comedian Bill Cosby’s sexual assault trial. In Weinstein’s trial, Ziv debunked the “rape myths” that she said society clings to: that most assaults are committed by strangers, that victims typically scream and try to run away and that they immediately report assaults.

It’s unclear how many witnesses Weinstein’s lawyers will call to the stand, and whether Weinstein himself will testify. The defense team’s first witness was Paul Feldsher, who said he was a very close friend of Sciorra in the early 1990s. He testified that Sciorra once told him she had done “this crazy thing” with Weinstein, which he thought was sexual in nature.

“My understanding was that she fooled around with him,” Feldsher said, adding that Sciorra did not divulge details after her remark.

Feldsher, who was summoned by subpoena to testify Thursday, said Sciorra never told him about any negative experiences with Weinstein. Feldsher, who had worked with Weinstein on a film as a consulting producer, said he’s friendly with Weinstein and kept in touch with him when the #MeToo movement exploded. “I felt badly that he was completely abandoned,” Feldsher said.

In her cross-examination, prosecutor Joan Illuzzi revealed text messages between Feldsher and Weinstein in 2018, in which Feldsher called Weinstein out for having a “voracious” appetite for movie projects and women.

Feldsher testified that he believed Weinstein was aggressive and “had a sex addiction.” But he said he did not believe Weinstein was capable of rape. Illuzzi accused Feldsher of saying things in the courtroom that he thinks Weinstein would want to hear, which Feldsher said was not true.

Feldsher made Weinstein and others laugh in court at one point when Illuzzi asked whether he’d describe Weinstein as loud. “I think he has some very steep competition,” Feldsher replied.

If convicted, Weinstein faces life in prison in New York. He also faces separate sexual assault charges in Los Angeles that could put him behind bars for 28 years. 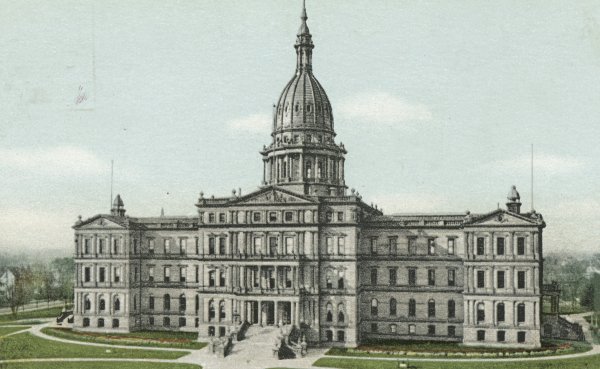 When U.S. Laws Punished Men for 'Seduction,' Women Were the Ones Who Got Judged
Next Up: Editor's Pick