The Wuhan Coronavirus Is Spreading Fast. Will Doctors Be Able to Find a Treatment Before the Outbreak Ends?

Cases of a novel pneumonia-like viral illness that originated in Wuhan, China in December have now been confirmed in South Korea, Thailand, Japan, Taiwan, Macau, and the U.S. The virus’ geographic reach, as well as its newly discovered ability to spread via person-to-person contact, has health officials worried about the prospect of global spread.

As health officials scramble to learn more about the virus and its origins, researchers are turning to the question of how to develop a vaccine or therapy that could help contain transmission worldwide—a feat that experts say is technically possible, but logistically more complex.

The Wuhan virus (officially referred to as 2019-nCoV) belongs to the coronavirus family, a category that includes Severe Acute Respiratory Syndrome (SARS) and Middle East Respiratory Syndrome (MERS) and that typically results in respiratory illnesses. While SARS and the new coronavirus are not identical, their similarities could make it easier to “cannibalize” prior research and start developing vaccines and therapeutics on an accelerated timeline, says Ralph Baric, who researches coronaviruses at the University of North Carolina Gillings School of Global Public Health.

Following the SARS outbreak in 2003, researchers produced a vaccine that made it to phase one human trials, which test the safety of a new drug. But the effort never progressed further, mainly due to shifting research priorities as the outbreak came to an end, says Dr. Anthony Fauci, the longtime and current director of the U.S. National Institute of Allergy and Infectious Diseases (NIAID).

In theory, it would be fairly easy to adapt the SARS vaccine model to target unique aspects of the Wuhan coronavirus, which has already been sequenced by Chinese researchers. Another option, Fauci says, would be to adapt previous monoclonal antibodies, which help the immune system attack foreign substances. “You never want to be too cavalier,” Fauci says. “You do always hit snags, but fundamentally and conceptually, it’s not a big deal to do that.”

Fauci says NIAID is working with Massachusetts-based biotechnology company Moderna to get an experimental vaccine into phase one trials, a process he estimates will take about three months and a couple million dollars. That doesn’t mean people could actually get vaccinated that quickly—a phase one trial is just one more step toward safe human use, usually following animal studies but preceding efficacy studies—but Fauci says it’s worth the investment to get a possible intervention along the research track. Whether the project progresses further largely depends on the results of the trial, as well as the duration and severity of the outbreak, he says.

Vaccine development may well outlast the disease itself, says Timothy Sheahan, who researches coronaviruses with Baric at UNC—but that doesn’t mean it’s not worth developing one, if only to be prepared for the future.

Ebola is a relevant parallel, Sheahan says. “In the 2014 [Ebola outbreak in West Africa], they didn’t have drugs or vaccines online until it was really late,” he says. “Those things were in place for the re-emergence of Ebola” in 2018 in the Democratic Republic of the Congo, which improved the public-health response this time around.

One drug in place for the Congo outbreak was remdesivir, an antiviral that, like other drugs in its class, is meant to prevent viral replication and cut an illness short. While two other drugs ultimately outperformed remdesivir in a randomized control trial the antiviral was shown to boost Ebola survival rates.

Fauci says there has historically not been much interest in developing a coronavirus antiviral because many viruses within the family result in relatively harmless illnesses, like the common cold. But against novel diseases like 2019-nCoV, antivirals may be a better return on investment than vaccines, Sheahan says. Many vaccines protect people from only one disease, but Sheahan’s research on remedesivir suggests the drug works against multiple coronaviruses—which provides hope that it could also work against the type circulating in Wuhan, though testing would be required to confirm that hypothesis. To do so, Sheahan’s lab is working to synthetically produce a copy of the virus for testing, but that work could potentially also be done using a live viral sample taken from the U.S. patient, he says.

Another perk, he adds, is that there’s already human safety and efficacy data on remdesivir, so it could feasibly be distributed faster than a vaccine, possibly under federal compassionate use provisions that allow for the delivery of experimental drugs.

One encouraging development in this outbreak is the rapid response from officials and scientists in China, says Dr. Mark Denison, a coronavirus researcher and infectious disease specialist at the Vanderbilt University School of Medicine. It took months just to sequence the SARS virus when it first turned up in 2003, and Chinese officials were accused of covering up the full extent of the outbreak. Some of those same fears about reporting are swirling now, but the scientific and public-health response has been dramatically faster this time around, Denison says.

“The ability to identify and test is rapidly developing, and the mechanisms for doing rapid interventions either with antibodies, antivirals or novel vaccine strategies is maturing,” he says.

Still, there’s a lot doctors need to learn, including exactly how the disease spreads. Even if science can’t quite catch up with the unknowns of this outbreak, Sheahan says there’s value in aggressively pursuing research and experimental therapies.

“This virus gives us a potential opportunity to see coronavirus broad-spectrum drugs be pushed forward,” he says, “so they’re not only able to help people today, but also give information as to whether they’ll be useful in the future.” 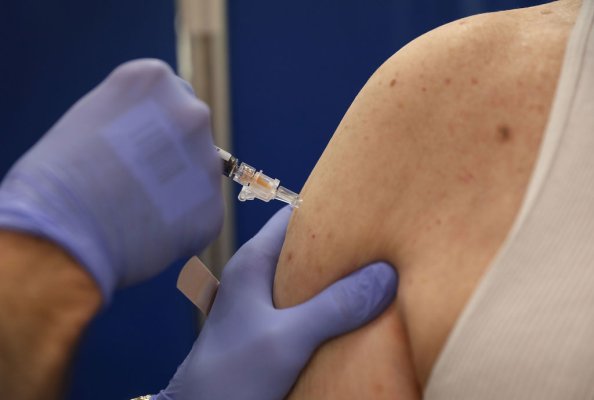 This Year's Flu Season Got Off to a Strange Start. What Does That Mean for the Months Ahead?
Next Up: Editor's Pick