With four days to go until the Iowa caucuses, Bernie Sanders unveiled a proposed disability policy on Friday, joining nearly every other top Democratic presidential candidate in spotlighting the concerns of a historically marginalized group.

People with disabilities make up one quarter of the U.S. adult population, but they have in the past received little attention from politicians seeking the White House. This cycle has been markedly different, with at least seven current and former Democratic candidates releasing disability policies in the past few months, and many involving disabled people in shaping those ideas. Former Vice President Joe Biden is the only remaining top-polling candidate who has not yet released a plan.

While disability rights advocates have expressed some support for many of the other Democratic candidates’ proposals — particularly Massachusetts Sen. Elizabeth Warren’s, which was released earlier this month — Sanders’ plan is the most ambitious. His proposed policy, which opens by declaring that “disability rights are civil rights,” is wide-ranging and covers issues including health care, employment, Social Security, education, environmental justice, housing, immigration, incarceration, technology and voting.

“Nearly thirty years after the ADA, it is unacceptable that people with disabilities do not enjoy full equality and inclusion everywhere in America, and we will not wait to advance disability rights,” Sanders said in a statement. “This is an issue of fundamental civil rights. Every person with a disability deserves the right to live in their community and have the support they need to thrive. This right must be available to all, free of waiting lists and means tests. It is our moral responsibility to make it happen.”

The idea of ensuring that people with disabilities are included in their communities is core to disability advocates’ vision, and Sanders mentions the goal throughout the 13,000 word document. The plan begins by outlining a number of steps Sanders would take using executive action, including appointing an Attorney General who would aggressively enforce the Supreme Court’s Olmstead v. L.C. decision that requires states to offer services to disabled people in integrated settings.

“Starting off with community integration shows that the Sanders campaign is clearly in touch with the energy and priorities of the grassroots,” says Rebecca Cokley, director of the Center for American Progress’s Disability Justice Initiative, who advised Sanders on his plan and has also worked with other candidates, including Warren.

Some ideas in Sanders plan echo his fellow Democrats’ proposals. Many of the other candidates, including Warren, Biden, former South Bend, Ind., Mayor Pete Buttigieg and Senator Amy Klobuchar, have called for fully funding the Individuals with Disabilities Education Act and ending the sub-minimum wage, a policy that allows employers to pay some people with disabilities very low wages as an enticement to hire them.

Also like Warren, Sanders promises to create a National Office of Disability Coordination to oversee disability policy. In another similarity with Warren, his plan delves into detail of how he would reform the Social Security Disability Insurance and Supplemental Security Income programs, saying he would eliminate asset limits and get rid of penalties that make it tough for some people with disabilities to get married and keep those benefits. Where Warren’s plan promised to raise the SSI benefit to match the federal poverty line, Sanders’ plan would push it to 125% of the federal poverty line.

Sanders also details the ways his signature Medicare for All legislation would help people with disabilities, providing not only free health care but also long-term services and supports in people’s homes and communities as opposed to institutions.

Cokley said that Sanders’ plan stands out from the crowd in part because it includes disability rights in addressing climate change. “I’m struck by Sanders’ ability to think through how to make the Green New Deal inclusive of the disability community,” she said.

Before Sanders released his specific agenda aimed at people with disabilities, he had already mentioned disability rights on his campaign website and throughout many of his other policy plans. This new policy notes that it consulted a number of disability advocates and experts, something that Warren emphasized as well.

Disability advocates have expressed enthusiasm for the increased engagement this cycle, while continuing to press the candidates to explain their policies and answer questions through accessible forums such as Twitter chats. Warren and Buttigieg, as well as former HUD Secretary Julián Castro, who dropped out of the race in early January, have held such chats, and the founders of the popular #CripTheVote hashtag have made clear they would like to welcome other candidates, including Sanders, to do so in the future.

People with disabilities have not always voted at high rates, but their turnout surged during the 2018 midterms. Experts say the increased engagement from politicians this year could mean more people with disabilities will vote in 2020, and Sanders’ plan is the latest example of efforts that could make that happen. 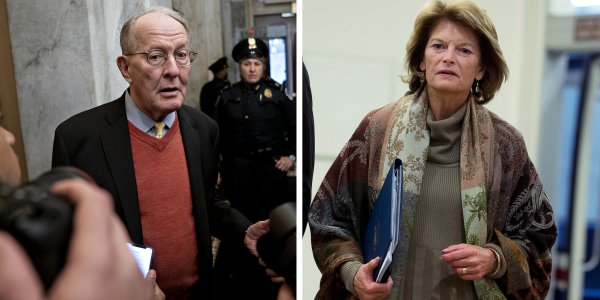 Republicans Fall Into Line
Next Up: Editor's Pick