To All the Boys: P.S. I Still Love You Author Jenny Han Gives Her Best Love Advice

In 2014, Jenny Han introduced the world to Lara Jean, a Korean-American teenager with a penchant for writing love letters, with her publication of To All the Boys I’ve Loved Before. The book, the first in a trilogy, follows Lara Jean as she navigates friendship, sisterhood and heartbreak through high school. Four years after its arrival on the literary scene, Netflix adapted the book for film, with Lana Condor and Noah Centineo in starring roles, and it became a breakout sensation.

Now, the adaptation of the book’s sequel P.S. I Still Love You revisits the beloved characters and welcomes a new love interest for Lara Jean (played by Jordan Fisher). Jenny Han spoke to TIME about the film adaptation of her trilogy, the power of romantic comedies and her best love advice.

P.S. I Still Love You picks up where the previous book left off. Your main character, Lara Jean, has a boyfriend, but now finds herself feeling insecure. How do you get into the mindset of a teenager?

I really don’t approach it any differently than when I’m writing for adults. It’s all just a human experience–and you can feel insecure about your relationship and be thinking about his past girlfriends when you’re 40 years old. It’s approaching those “teenage” emotions with the same respect and seriousness as you would for an adult love story.

There are a lot of firsts in P.S. I Still Love You. First boyfriends, first dates. What’s a memorable first for you?

Everything went wrong on the night of my first dance. I was 15 or 16, and my date got into a car accident on the way. After, he was shaken up, so he drove really slowly. He parked really far away from the dance and it was raining so hard. We walked all the way up to the school, and a low-hanging branch knocked me in the head. I have pictures of myself from that night and I have a mark on my forehead. Oh, and when we got to school, he realized he left the tickets in the car.

Romantic comedies are having a comeback, but they were long criticized for perpetuating stereotypes. How do you address those concerns?

Even though we see Lara Jean’s personal growth, she’s still who she is from the beginning to the end. Being in a relationship or meeting a guy, those weren’t the things that changed her. It was more of her opening up and having her world get a bit bigger. It was important for me to see that representation of not changing your whole self just to be with somebody.

Lana Condor, an Asian-American actor, plays the lead. Where do you still see a need for progress in representation in the movies?

I want to hear from people we haven’t heard from before. I hope that’s where this is going, and that the representation will just get wider. Not just with race, but with size and sexuality. There’s so much more to explore.

I had a really great time in high school. I went to a magnet school. If you were cool, you were still like a nerd. And it was a really diverse school. So I felt like going into it, I just learned so much about other cultures that I never would have known about if I had stayed in my regular school.

How do you use social media to reach your readers, and what are those interactions like?

I feel very close to them and worried for them. It’s hard sometimes to even read some of their questions because I feel scared for them. There are so many hard aspects of being on social media, but one of the really positive ones is that you have a direct line to talk to your readers and connect, and to me, storytelling is all about connecting with people.

Do a lot of young people come to you for love advice?

Yes, and not just young people–even people in their 30s. I love giving advice. I’m just careful because I don’t want to give the wrong advice. I try to be honest and not tell people just what they want to hear, but what I think is right. A lot of their questions are like, “Am I weird?”

How do you answer that?

I say no! I say: You’re not weird. Everything you’re doing is just right. And don’t feel pressure to do something if you’re not quite ready for it yet, or if you haven’t met that right person. It’s all in your own time. 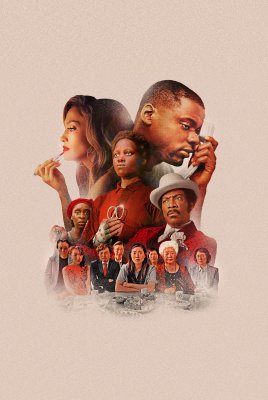 Yes, We Should Fix the Broken Oscars. But Let's Not Look to Hollywood to Fix Us
Next Up: Editor's Pick