Romantic comedies have been forging a comeback, led by a recent boom on Netflix. The latest strong case for the genre’s revival is To All the Boys I’ve Loved Before, which embraces its rom-com trappings with a distinctly millennial self-awareness.

Based on Jenny Han’s beloved YA novel by the same name, the movie centers on the life of Lara Jean Covey (X-Men: Apocalypse‘s Lana Condor), a shy high school student who’d rather watch Sixteen Candles on a Friday night than try to find her Jake Ryan in real life. Her widowed father (John Corbett) and protective sisters worry that she’ll spend the rest of high school with her nose buried in her treasured romance novels as opposed to socializing.

That all changes when the secret love letters she has written to her crushes–who range from the jock she smooched during a game of Spin the Bottle in the seventh grade to the boy next door who also happens to be her big sister’s boyfriend–are mysteriously sent to their addresses. As might be expected, chaos ensues. But Lara Jean’s embarrassing predicament soon develops into an unlikely love triangle that encourages her to come out of her shell and embrace her vulnerability.

In many ways, the story feels like the teenage rom-coms of years past that Lara Jean loves to watch–but its sensitivity and cultural consciousness improves on its predecessors. In one memorable sequence, Lara Jean (who’s biracial, Korean and white) watches Sixteen Candles on a date, leading to a thoughtful discussion of the film’s now-glaring racism. Other complex issues–like slut-shaming, cyberbullying and the death of a parent–are tackled with nuance. Equally refreshing is the care given in establishing Lara Jean as the heroine of her life. In a genre that frequently resorts to clichés, the movie resists reducing her to an adorkable, lovelorn lead. Much of this is thanks to Condor, who plays Lara Jean with a charming pluckiness that reads as both endearing and empowering.

To All the Boys I’ve Loved Before is only one of a plethora of youthful rom-coms to hit Netflix this summer in the streaming giant’s bid to bring back the form. But its heartwarming and clear-eyed approach to first love and the challenges of coming-of-age distinguishes it from its contemporaries. Add it to your queue. 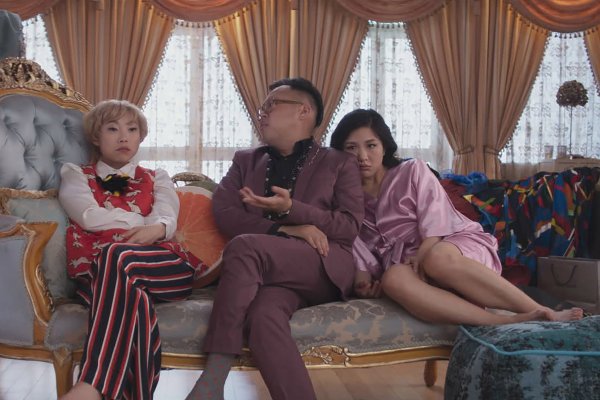