A new video by TIME shows a koala injured in the bushfires that have ravaged Australia in recent months returning to the wild after receiving treatment at a local rescue hospital.

Footage captured by environmental photographer and filmmaker Michaela Skovranova from the Port Macquarie Koala Hospital in December 2019 depicts one of several koalas that were brought in for care as bushfires have raged in Australia since September. Named Thrumster Mal, the injured koala was discovered by a local resident and required surgery to recover from burns incurred on his face and arms that made it difficult for him to climb around.

The koala was returned to Lindfield Park Thrumster Street, the site where he was rescued. Caretakers released him in an area where a wildfire that began over six months ago was finally put out by heavy rainfall.

Bushfires in Australia have caused the deaths of at least 31 people, burned nearly 26 million acres and destroyed more than 2,600 homes. An estimated 1 billion animals are feared to have died in the fires, including as many as 25,000 koalas.

Thrumster Mal is recovered from his treatment at the Port Macquarie Koala Hospital, which is operated mostly by volunteers and admits between 200 and 250 koalas each year, according to its website. Thrumster Mal’s next steps will involve reintegrating to his original ecosystem. 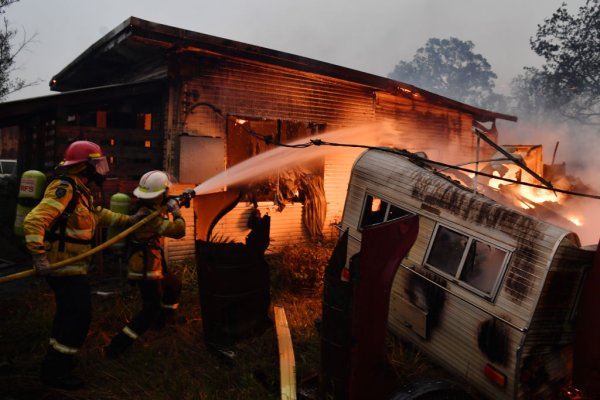