A helicopter crash outside Los Angeles on Sunday killed the basketball legend Kobe Bryant, his 13-year-old daughter Gianna and seven other people who were flying to a basketball tournament.

All nine people aboard the helicopter died when it crashed “in a remote” field in Calabasas, Calif. around 10 a.m. Sunday. The final victims’ remains were recovered Tuesday, and so far, Bryant, pilot Ara Zobayan and two others have been identified, according to the Associated Press.

Here’s what we know so far about the victims of the crash.

Bryant’s sudden death shocked the world on Sunday, and he leaves behind a complicated, long legacy. Bryant will be remembered as one of the most iconic basketball players of all time. The former Los Angeles Lakers player, five time NBA champion and two-time Olympic gold medalist died at age 41.

Nicknamed Gigi, Gianna Bryant, 13, was following in her father’s basketball footsteps. The second oldest of four children Bryant and his wife, Vanessa Bryant, Gianna attended Harbor Day School in Newport Beach, the Los Angeles Times reports. Bryant said in 2018 that Gianna was “hellbent” on playing basketball at the University of Connecticut. She planned, eventually, to play for the WNBA.

Gianna played basketball at the Mamba Sports Academy, a training facility in Thousand Oaks, Calif., and was reportedly on her way to the academy, along with her father and some teammates, to play in a basketball tournament. Bryant coached the facility’s team, according to the Times.

OCC athletics director Jason Kehler said Altobelli, 56, was about to start his 28th season as the coach of the school’s baseball team. Kehler called Altobelli a “tremendous coach and even better friend,” adding that he was an “amazing mentor” to the students and athletes he trained and taught. Altobelli led the baseball team to more than 700 wins across his 27 years with the team.

“Alto was one of the best men I’ve ever met,” associate head coach Nate Johnson told a large group that gathered at the school’s baseball field on Sunday. “If your son played for him, he treated him like a son. If you coached for him, he treated you like a brother. If you worked for him, you were part of his family. I don’t know what else to say. I don’t have the words.”

Altobelli’s 13-year-old daughter, Alyssa, was a basketball teammate of Gianna Bryant’s, and was on the helicopter with her parents when it crashed.

The family is survived by John and Keri’s son, J.J., and daughter, Lexi.

Sarah Chester, 45, and her daughter, Payton, 13, were also aboard the helicopter when it crashed, family members said. The mother and daughter lived in Orange County. Payton played on the Mamba basketball team with Gianna and Alyssa, her uncle and Sarah’s brother, Andy George, told The Orange County Register.

George described Payton as “the gentlest person you would ever meet.” His younger sister Sarah was “the one that everybody counted on,” he said.

“We’re heartbroken,” George said. “We were always trying to be there for each other and we were really close.”

The mother and daughter are survived by husband and father, Chris, and sons and brothers Hayden and Riley, according to the Register.

Payton previously attended Harbor View Elementary School, according to a remembrance posted on Facebook by her former principal, Todd Schmidt. Schmidt described the Chesters as “engaged, supportive, encouraging, and full of mischief.”

“While the world mourns the loss of a dynamic athlete and humanitarian, I mourn the loss of two people just as important,” he wrote. “Their impact was just as meaningful, their loss will be just as keenly felt, and our hearts are just as broken.”

“It’s horrible. I got three small kids, and just trying to figure how to navigate life with three kids and no mom,” Christina’s husband, Matt Mauser, told NBC’S TODAY show on Monday.

Mauser said Bryant personally chose Christina as a coach “because she was amazing,” and described her as incredibly witty, funny, warm and bright.

“She knew how to figure you out,” he said. “She was incredibly deep.”

The couple worked as teachers at the private school Bryant’s daughters attended, Mauser said, and both served as the basketball and assistant basketball coach. Bryant noticed that Christina had “an amazing mind” for basketball and brought her on to his coaching team.

Mauser said his wife had a particular knack for the defensive end of basketball.

“They called her the mother of defense — MOD,” he said.

The pilot of the helicopter carrying Kobe Bryant, Gianna Bryant and six other passengers also died in the crash and was identified as Ara Zobayan, a licensed commercial pilot since 2007, according to records from the Federal Aviation Administration.

Zobayan, of Huntington Beach, Calif., was also a certified flight and ground instructor, according to the FAA.

Darren Kemp, one of Zobayan’s flight students, told the Los Angeles Times that he knew his teacher would have been on the helicopter carrying Kobe Bryant.

“He doesn’t let anyone else fly him around but Ara,” Kemp said.

Kemp described Zobayan as a dedicated teacher committed to his students’ success, according to the Times.

Recordings of Zobayan’s contacts with air traffic controllers prior to the helicopter crash show that the pilot was given Special Visual Flight Rules clearance, allowing him to take off in worse than normal conditions, The Washington Post reported Monday. 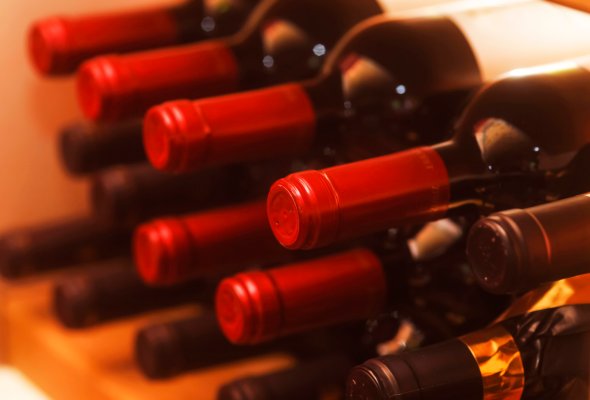