On Friday, National Public Radio (NPR) reporter Mary Louise Kelly said that after she asked Secretary of State Mike Pompeo about Ukraine in an interview, he allegedly become furious, cursed at her and accused her of not being able to find Ukraine on a map.

Kelly — who is the host of NPR’s All Things Considered and formerly covered national security — alleged that Pompeo became upset after she asked a question in an interview that aired on Friday about former United States Ambassador to Ukraine Marie Yovanovitch. Yovanovitch played a heavy role in Congress’ impeachment inquiry against President Donald Trump after she was ousted from her position around the same time Trump and his allies began to push for Ukraine to investigate former Vice President Joe Biden’s son’s position on the board of Burisma Holdings. Yovanovitch’s allies allege she was the subject of a smear campaign led by Trump’s personal lawyer Rudy Giuliani.

In the interview between Kelly and Pompeo, Kelly asked the official about defending Yovanovitch’s record within his department. According to NPR’s transcript of the interview, Kelly brought up Pompeo’s senior adviser Michael McKinley testimony before Congress, saying “he resigned in part due to the failure of the State Department to offer support to Foreign Service employees caught up in the impeachment inquiry on Ukraine.”

Pompeo responded that he has “defended every State Department official” who do “amazing work around the world.”

Kelly pushed back, asking, “Sir, respectfully where have you defended Marie Yovanovitch?”

“Can you point me toward your remarks where you have defended Marie Yovanovitch?” Kelly asked.

Pompeo then moved to end the interview, saying, “I’ve said all I’m going to say today. Thank you. Thanks for the repeated opportunity to do so. I appreciate that.”

After the audio of the interview aired, Kelly then told her All Things Considered co-host Ari Shapiro what she allegedly experienced after her recorder turned off.

She said that Pompeo ended the interview, “glared” at her and then left with his aides. Kelly alleged that a staffer who had stopped the interview then came and asked her to follow her with “no recorder,” though Kelly stressed that the staffer never said things were off the record.

Kelly alleged that she was brought her to Pompeo’s private living room, where “he was waiting” and he “shouted” at her for “the same amount of time as the interview itself.”

“He was not happy to have been questioned about Ukraine,” she alleged, adding that he asked her “do you think Americans care about Ukraine?” and cursed at her with the “f-word” repeatedly.

He then allegedly asked her if she could find Ukraine on a map, and when she said yes he had aides bring over a blank map so she could point to the country. She says she quickly pointed to Ukraine, and alleged Pompeo then said, “people will hear about this” and turned away saying he had “things to do.”

The State Department did not immediately respond to TIME’s request for comment about the exchange. However, the State Department reportedly issued a statement on Saturday morning in response to Kelly’s accusations. The statement does not dispute Kelly’s account of the events, but rather claims that she lied regarding the ground rules for the interview. The statement alleged that she actually agreed to speak off the record, and then suggests that Kelly — who has a masters degree from Cambridge in European studies — didn’t know where Ukraine was on the map and rather pointed to Bangladesh.

“NPR reporter Mary Louise Kelly lied to me, twice. First, last month, in setting up our interview and, then again yesterday, in agreeing to have our post-interview conversation off the record. It is shameful that this reporter chose to violate the basic rules of journalism and decency,” the statement reads, adding that the exchange was “another example of how unhinged the media has become in its quest to hurt President Trump and this Administration.”

“It is worth noting that Bangladesh is NOT Ukraine,” it ends.

When asked for comment about Pompeo’s accusation, NPR’s Senior Vice President for News Nancy Barnes said to TIME, “Mary Louise Kelly has always conducted herself with the utmost integrity, and we stand behind this report.” 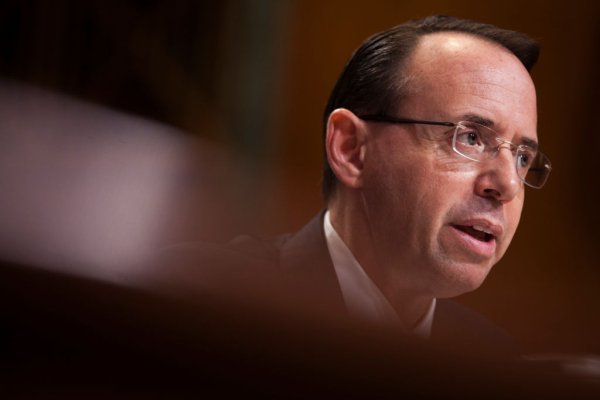