It was no secret to anyone in Wuhan that Huanan Seafood Market sold a lot more than its name suggested. While one side of the low-slung warren of stalls did primarily stock fish and shellfish, the other offered a cornucopia of spices, sundries and, if you knew where to look, beavers, porcupines and snakes.

“It was well-known for selling lots of weird, live animals,” says James, an English teacher who for five years lived a few hundred feet from the market, and who asks TIME to only use one name due to the sensitivity of the situation. “So nobody was surprised at all when it emerged that the virus might have come from an unusual animal.”

Scientists have confirmed that the pneumonia-like disease, like around 70% of new human pathogens, was zoonotic or transmitted from an animal. But they are still investigating exactly what creature might be the source of the “novel coronavirus”—dubbed 2019-nCoV and belonging to the same family as severe acute respiratory syndrome (SARS) and Middle East respiratory syndrome (MERS).

As Wuhan coronavirus infection rates soar to more than 830 people across more than half a dozen nations—causing 26 deaths and leading to the unprecedented lockdown of 13 Chinese cities comprising more than 30 million people—researchers are examining China’s penchant for consuming wild animals and whether that ultimately played a role in the outbreak.

Members of staff of the Wuhan Hygiene Emergency Response Team drive their vehicle as they leave the closed Huanan Seafood Wholesale Market in the city of Wuhan, in Hubei, Province on January 11, 2020, where the Wuhan health commission said that the man who died from a respiratory illness had purchased goods.
Noel Celis–AFP/Getty

The 2002-2003 SARS pandemic was eventually traced to civet cats sold in a similar style of wet market in southern Guandong province, and some foreign tabloids are circulating unsubstantiated claims that the Wuhan coronavirus originated from everything from bat soup to eating rats and live wolf pups.

It’s certainly true that many Chinese are obsessive about freshness. Even small supermarkets commonly have fish tanks where shoppers can purchase live seafood. (This reporter was once served slices of sashimi still attached to the carcass of a gasping fish.) Eating wild animals is also considered a luxury because of their rarity and cost, much like game is in the West. Some practitioners of Traditional Chinese Medicine also believe that eating exotic creatures can cure certain ailments and boost “male potency.”

“This is just part of Chinese culture,” says Yanzhong Huang, a public heath expert at the Council for Foreign Relations. “They love to eat anything alive.”

Wild animals are, of course, especially problematic because their murky provenience makes it difficult to ensure they are free of disease. For this very reason, health campaigns in Africa warn people against the consumption of “bush meat,” which has been linked to the spread of countless diseases, including HIV/Aids.

However, Adam Kamradt-Scott, associate professor specializing in global health security at the University of Sydney, says this way of thinking is often flawed. While scientists first thought that Ebola started with the consumption of bat meat in a village of south-eastern Guinea, they now believe that the two-year-old girl known as Child Zero was likely infected via bat droppings that contaminated an object she put in her mouth. MERS was also primarily spread from live camels to humans through association, rather than the eating of camel meat.

“It’s not simply a matter of the consumption of exotic animals per se,” says Kamradt-Scott. “So we need to be mindful of picking on or condemning cultural practices.”

Ultimately, though, experts say that it’s hard to downplay the problematic nature of “wet markets” (so named because of the large quantities of water used to slosh the floors), especially those that also sell live animals. A mixture of urine, feces and other bodily fluids from live, wild creatures ends up mixing with blood from butchered animals, providing ideal opportunities for viruses and bacteria to thrive.

Says Huang: “As long as there are still wet markets, we will continue to see these outbreaks popping up.” 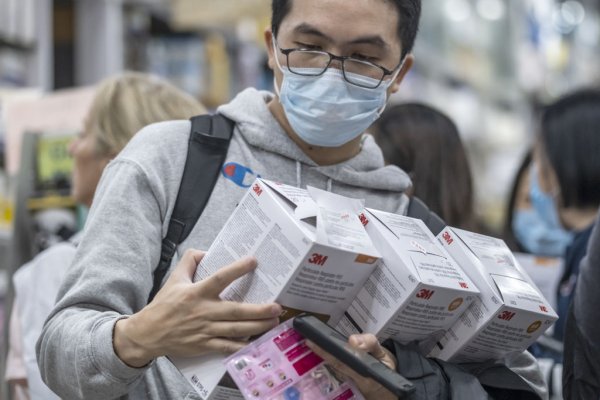 In Hong Kong, Coronavirus Brings Back Memories of SARS
Next Up: Editor's Pick