School’s out for summer in Chile. But the vacation isn’t proving very relaxing for high school students in the South American country. A group of Chilean teenagers have spent the last few weeks opening a new and controversial front in the nationwide protests over inequality that started in October: Chile’s version of the SAT.

On Jan. 6 and 7, roughly 300,000 high school seniors were set to take the University Selection Test (PSU) – a prerequisite for applying to college in Chile. But hundreds of young people, led by ACES, a far-left students’ union for highschoolers, disrupted the test centers, blocking entrances, burning test papers and clashing with security forces. At least 82,000 students were unable to take one of the four tests that make up the PSU. ACES is promising to repeat the disruption on Jan. 27 and 28, when authorities plan to rerun the exams. In the meantime, students have occupied the offices of exam authorities, and protested in the streets, calling for an end to the PSU.

That educational inequality is a major reason why Chile has low rates of social mobility and high rates of income inequality, says Ayelen Salgado, an 18-year-old ACES spokesperson. “Someone who could afford a good high school education will get into university and then get a good job. Someone who goes to a poor school won’t be well prepared, so they won’t get in and they’ll end up as a spare part for the workforce in our country.” Salgado and her fellow union members see their actions as part of a long tradition of Chilean high schoolers taking a leading role in national social justice movements.

But ACES’ drastic methods have not been popular. Local media and even other student unions have condemned the PSU boycott, arguing it was unfair to target fellow students who have spent years preparing for the test, and that stopping the test by force was undemocratic. On Jan. 8, the government said it was filing a lawsuit against Salgado and 34 other students who led the action under Chile’s national security law, accusing them of disrupting public services. But ACES say it won’t back down until the PSU is canceled indefinitely and replaced with a new admissions process. With the promise of fresh disruption when the new school year begins in March, national politics will be high on the curriculum for Chile’s students.

Students from the A-7 public high school for girls paint a banner during a peaceful occupation of the teaching institute in Santiago, on August 14, 2012, during a period of mass student protests.
Claudio Santana/AFP/GettyImages

It was a group of high school students that kickstarted the protests – soon joined by university students and older people– that have gripped Chile since mid-October. After the government introduced a small hike in the price of subway tickets, thousands of young people carried out “mass fare evasions,” jumping turnstiles at stations in Santiago in protest at the high cost of living in the capital. Their demonstrations quickly morphed into a nationwide “social explosion”, as Chileans used marches and strikes to highlight the deep inequalities generated by Chile’s market-driven economic model, and the underfunding of public services like education, healthcare and transport in the continent’s wealthiest countries. Clashes between protesters and security forces – often accused of excessive force in Chile – have left 29 dead and more than 3,500 injured.

This month’s fight over educational inequality — like most other grievances behind the protests — has its roots in the era of Augusto Pinochet’s right-wing military dictatorship, which ruled for 17 years from 1973. In the early 1980s, Pinochet began to reform elementary and secondary education, reducing the role of central government in funding education, increasing control for local authorities and encouraging more involvement by private providers. The aim, the regime said, was to improve education quality through competition.

But after more than three decades of this decentralized system, a World Bank report found the quality of Chile’s secondary schools had actually gotten worse between 1980 and 2015, with Chile experiencing the greatest decline in quality of the 22 large economies studied. As one of the richest countries in Latin America, Chile still performs better than the rest of the region on international testing metrics, but not all students share in that success. A 2016 OECD report on educational inequality found that students’ socioeconomic status had a greater impact on their attainment in science in Chile than in any other of the developed countries studied.

Salgado says the PSU is “the tip of the iceberg” in terms of the problems that poorer students face in Chile’s part-privatized education system. “The whole system is designed so that people can profit from what should be a right.”

Chile is hardly the only country in the world where private schools give the children of the wealthy a boost. Part of the reason that Chilean teenagers are taking such radical action is the extent of privatization. 62% of students attend private or partially private high schools — one of the highest proportions in the world.

But it’s also fairly normal for high school students to take to the streets in Chile, says Richard Smith, a history researcher at the University of Liverpool who has studied Chile’s youth protest movements. High schoolers in Chile have historically been viewed as a more “potent political force,” Smith says, than their counterparts in countries like the U.K. and the U.S., where student activism has (until recently) tended to be the preserve of college-age students.

Chile has historically had “a very strong tradition” of employing democratic structures within schools Smith says. “[In the 20th century], school students would elect representatives who would fight for their interests in their school and at a national level.” That political engagement didn’t go away when Pinochet dismantled the mechanisms of student democracy after the 1973 coup. During the 1980s, angered by the regime’s education reforms, many high schoolers risked arrest to join university students, trade unions and other groups in protests against the right wing dictatorship.

Part of three thousand Chilean students from 21 high schools of the Maipu municipality flash the "v" sign behind a makeshift barricade on 08 August, 2006 in Santiago during the Penguin Revolution.
David Lillo – AFP/Getty Images

After the fall of the dictatorship, high-school students have regularly returned to activism to force adults to reevaluate Chile’s privatized education system – and the prioritization of market forces across Chilean society. In 2006, students staged the “Penguin Revolution” — named for the black and white uniforms worn by school kids —after a hike in the fee charged to take the PSU, and restrictions on student public transport discounts. Students paralyzed more than half the country’s schools with strikes and occupations, calling for better funding and reforms to dictatorship-era laws on education. In 2011, high schoolers joined university students in massive protests calling to undo Pinochet’s decentralisation of secondary education and the provision of free higher education.

Chilean lawmakers finally responded to the demand for free university education in 2016, approving a plan to give low and middle income students free tuition. The plan currently covers 60% of students but includes restrictions on which university you can study at, and does not cover living costs during studies.

In secondary schooling, though, little has been done to address the disadvantage that poorer students face. Salgado says the idea of taking radical action like disrupting the PSU has been flying around students’ unions for years. In 2019, students had begun to feel that the right-wing government of Sebastian Piñera was attempting to control students and limit activism through the roll-out of new stop and search policies and a “Safe Classroom” law that makes it easier to expel students accused of violence. High tensions between students and authorities boiled over with the subway protest in October. With a more radical mood gripping the country, ACES decided it was time to act.

Demre, the department of the University of Chile responsible for overseeing the test, will attempt to re-run the language, math and science portion of the PSU next week for tens of thousands of students. The history and social sciences test has been cancelled after someone leaked the question paper.

The disruption of the PSU has been highly divisive in Chile. Some on the left have praised the courage of Salgado and her co-spokesperson in ACES Victor Chanfreau, arguing they are continuing the fight started by leftwing dissidents under the dictatorship. Chanfreau’s grandfather was disappeared by authorities in 1974 for his political activism, while Salgado’s grandfather was also killed by regime security forces in 1977 for breaking a curfew.

But many in Chile’s media say ACES have gone too far and that the disruption of test centers amounts to using force to undermine other students’ right to education. Some commentators say the union’s leaders are dangerous far-left radicals, pointing to their support, expressed on social media, for the disgraced leftwing government of Nicolás Maduro in crisis-stricken Venezuela. Even the former leaders of the 2006 Penguin Revolution, who back scrapping the PSU, have criticized their younger counterparts’ methods, according to local media reports.

Demre confirmed Jan. 20 that Salgado, Chanfreau and 84 others will be barred from taking the re-run of the PSU. “A young person who makes barefaced calls to impede the exercise of other young people’s rights by violence, has to assume responsibility for the consequences,” Education Minister Marcela Cubillos said of the ACES leaders.

Salgado says the government and the media’s condemnation is “just what they always do when people are mobilizing and making legitimate demands,” and that she’s not scared of the personal implications for her future.

In response to national protests, Piñera has called an April 26 referendum on whether and how to remake Chile’s dictatorship-era constitution, which enshrines a free-market economy and limits state involvement in areas like health and schooling. That could offer a chance for wholesale change on education in Chile. Only those over the age of 18 will be able to vote. But Salgado says high school students will make their voices heard over the next three months, despite the opposition. “School students have always been a bit radical. We don’t like to sit quiet while our rights get trampled.” she says. “We’re a new generation. So we’re not afraid yet.” 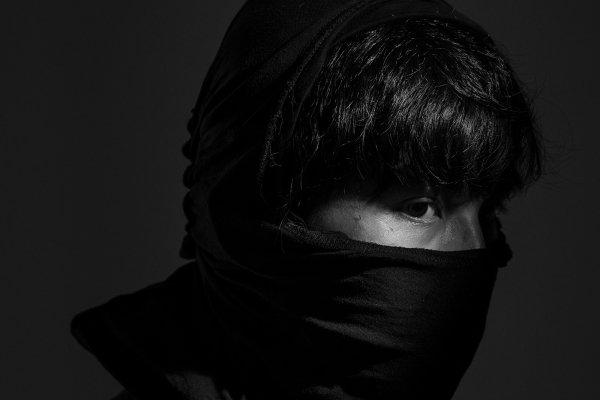 'I Absolutely Will Not Back Down.' Meet the Young People at the Heart of Hong Kong's Rebellion
Next Up: Editor's Pick