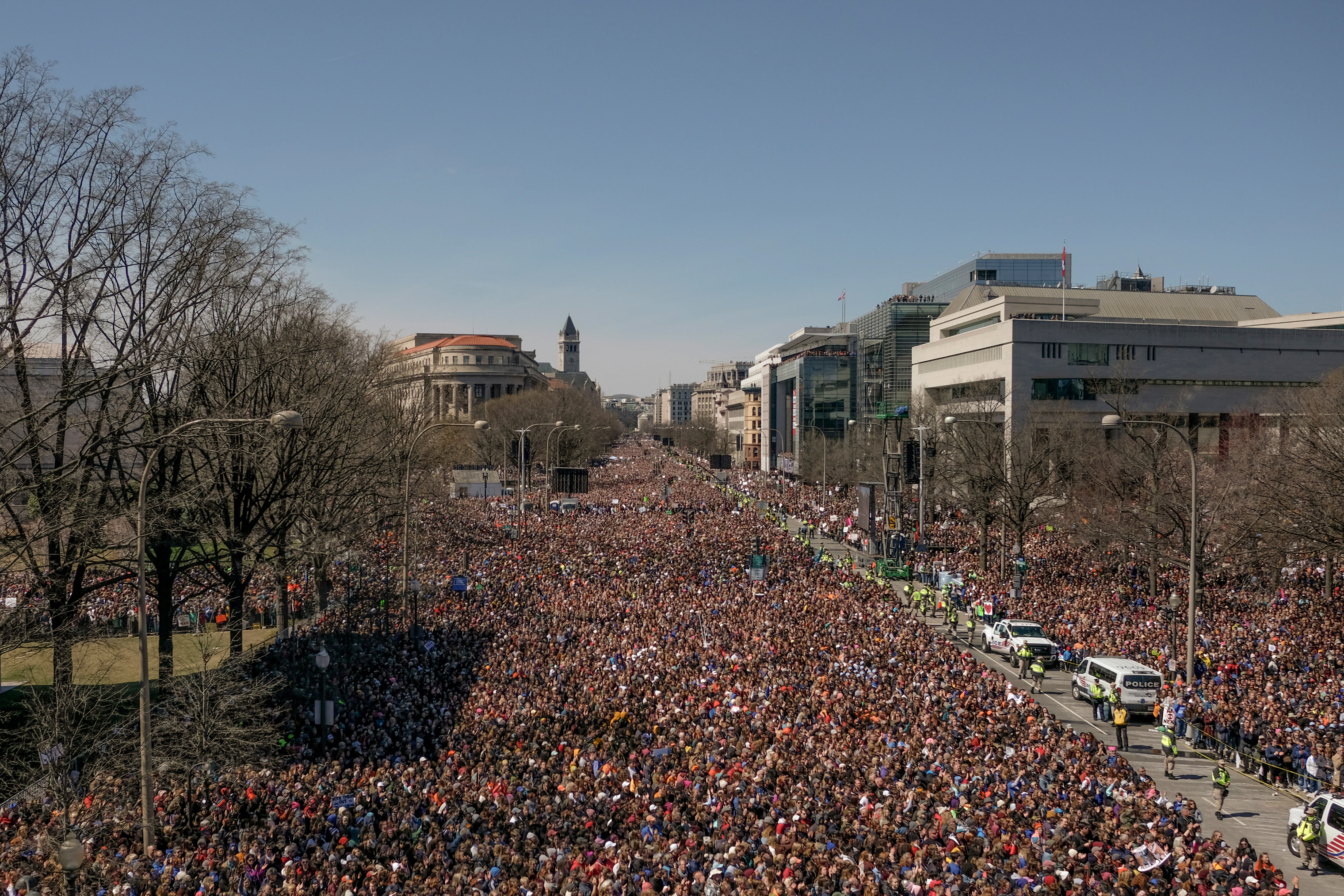 Scenes From the March For Our Lives Rallies Around the World

Hundreds of thousands of students, parents, teachers and their supporters took to the streets on March 24, in a mass show of force in favor of gun control and school safety. More than 800 marches across the U.S. and around the world took place in support of the main March For Our Lives rally in Washington, D.C.—above, photographed by Gabriella Demczuk for TIME—that was organized by survivors of the Feb. 14 shooting at Marjory Stoneman Douglas High School in Parkland, Fla. Here’s what it looks like on the ground, from London and Paris to Sao Paulo and Miami.

This story will be updated throughout the day.

Attendees at the March For Our Lives demonstration near the U.S.Capitol.
Eric Thayer—Reuters

People stand while rallying in the street during the March For Our Lives demonstration, demanding stricter gun control laws, at the Miami Beach Senior High School.
Javier Galeano—Reuters

High school students from New Jersey hold American flags as they attend the March For Our Lives near Columbus Circle.
Drew Angerer—Getty Images

A crowd of French and Americans hold anti-gun posters near the Eiffel Tower.
Christophe Petit Tesson—EPA-EFE/Shutterstock

The march in Bozeman, Montana, began at the Gallatin County Courthouse and went to the lawn of the Bozeman Public Library, where speeches were delivered by community members and students.
Paul Moakley for TIME
Bozeman High School freshman Timea Laatsch became emotional after speaking to the crowd.
Paul Moakley for TIME

Demonstrators gather outside city hall during the March for Our Lives protest for gun legislation and school safety.
John Minchillo—AP/Shutterstock

Demonstrators participate in the March for Our Lives rally in Philadelphia, one of about 800 events planned around the world.
Jessica Kourkounis—Getty Images

About 500 people gathered at Brandenburg Gate in the German capital to honor the victims of the Parkland massacre and call for stronger gun control in the United States.
Omer Messinger—EPA-EFE/Shutterstock

Protesters staged a 'die-in' during the March For Our Lives rally outside the U.S. Embassy in London.
Stefan Rousseau—PA Wire

People take part in the March for Our Lives demonstration to end gun violence outside the U.S. Consulate in Sao Paulo, Brazil.
Nacho Doce—Reuters
Most Popular on TIME
1
Does the Sound of Noisy Eating Drive You Mad? Here's Why
2
Barr Should Resign if Trump Tweet Stands
3
The True Story Behind the Movie Ford v Ferrari