“The decision sets a global precedent,” Kate Schuetze, Amnesty International’s Pacific Researcher said Monday, in response to the news. “It says a state will be in breach of its human rights obligations if it returns someone to a country where – due to the climate crisis – their life is at risk, or in danger of cruel, inhuman or degrading treatment triggered.”

While the judgment is not binding, it does emphasize that countries have a legal responsibility to protect people whose lives are threatened by the climate crisis. Here’s what to know.

The U.N. Human Rights committee made this judgment after reviewing the case of Ioane Teitiota, who sought protection in New Zealand, citing rising sea levels as a threat to his life. He is originally from the Pacific island state of Kiribati, a nation at risk of becoming the first country to sink due to rising sea levels. According to Amnesty International, he says the climate crisis made it difficult to access safe drinking water and that he faced land disputes. He says he was forced to migrate with his family to New Zealand where he applied for refugee status after his visa expired in 2010.

He argued that because his home island of South Tarawa is expected to become uninhabitable in the next 10 to 15 years, his and his family’s lives are at risk.

South Tarawa has become overcrowded as a result of neighboring islands becoming uninhabitable, forcing many to seek refuge in South Tarawa. The island has undergone a massive population increase: in 1947, South Tarawa was home to just 1671 people but by 2010 housed over 50,000. Overcrowding is suspected to have increased violence on the island, which also lacks fresh water and faces agricultural challenges.

What does the U.N. ruling say?

The U.N. upheld New Zealand’s decision to reject Teitiota’s request. Because Kiribati will only become uninhabitable in 10 to 15 years, the committee concluded that this “could allow for intervening acts by the republic of Kiribati, with the assistance of the international community, to take affirmative measures to protect and, where necessary, relocate its population.”

The committee, however, also ruled that the climate crisis could “expose individuals to a violation of their rights” which would in turn, prohibit states under international law from sending refugees back to their home countries. The committee pointed to articles 6 and 8 of the International Covenant on Civil and Political Rights, which secures a person’s right to life.

What does this judgment mean for future refugees?

This judgement is the first of its kind in recognizing the right to claim refuge because of the climate crisis.

“The message in this case is clear,” said Schuetze of Amnesty International. “The Pacific Islands are the canary in the coal mine for climate induced migrants. Low-lying island states such as Kiribati and Tuvalu are only one or two metres above sea level. Pacific Island states don’t need to be underwater before triggering those human rights obligations…I think we will see those cases start to emerge.”

Millions of people are expected to be displaced by the climate crisis as sea levels rise, swaths of land become uninhabitable and natural disasters become more severe and frequent. In a 2018 report, the World Bank predicted that 143 million people in South Asia, Latin America and Sub-Saharan Africa could become climate migrants.

What does this judgment mean for Ioane Teitiota?

While the judgment has opened doors for future refugee claims on the grounds of climate change, the U.N. committee did not find protection to be necessary in Teitiota’s case. The committee said that there was not enough evidence based on Teitiota’s personal circumstances.

Two out of 18 committee members disagreed with the ruling, with one noting that just because “deaths are not occurring with regularity on account of the conditions…it should not mean that the threshold had been reached.” 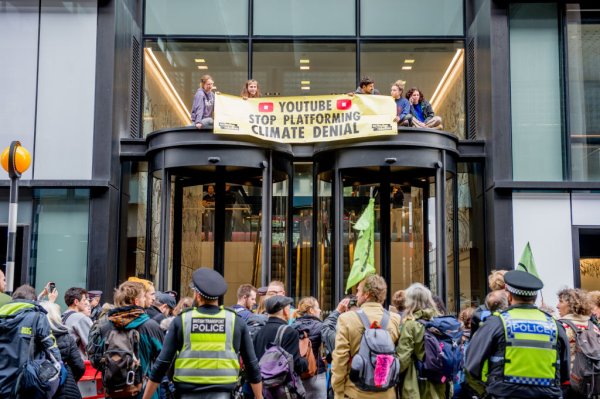 YouTube Has Been 'Actively Promoting' Videos Spreading Climate Denialism, According to New Report
Next Up: Editor's Pick