The Paris Climate Deal May Be Too Little, Too Late for the Islanders of Kiribati

By Per Liljas / Tarawa

During a high tide, the Pacific island village of Eita is cut into pieces. Trickles merge into pools and lakes that course through the settlement, forming islands or swallowing dwellings whole. The coral seawalls can no longer hold the water back. Garbage and human waste flow into homes. Piglets screech in desperation as they struggle to keep their snouts above the surface. Some residents have built cages for their animals and hung them in the trees. They move their potted plants to higher ground. Floods are becoming a part of everyday life.

“We used to have this high sea level once a year, but now it’s happening every two or three months,” says Beia Tiim, a community-development officer. At times like this everyone comes to her since she owns Eita’s only rainwater tank. All the freshwater wells are submerged. “I really fear the future for our children and for Kiribati.”

Kiribati, a nation of 105,000, spread out over 33 atolls and reef islands halfway between Hawaii and Australia, has become a poster child for climate change. Elevated a mere 6 ft. above sea level, it looks to be among the first places that will be subsumed by rising sea levels. Already now, the effects of a higher, warmer and more acidic ocean are taking their toll on the population. Marine life is in shorter supply, the soil less fertile, and land scarcer. Together with other low-lying nations, Kiribati has been propagating for a global goal to limit future warming to 1.5°Celsius instead of 2. It’s half a Celsius that has split the U.N. climate summit in Paris.

On Wednesday, the U.S. unexpectedly threw its weight behind the group of nations that now refers to itself as the “high-ambition coalition,” with the aim of pushing for a legally binding climate-change deal. Other countries, including China, India and Saudi Arabia, argue that this goal is unrealistic, seeing that the necessary financial support to developing nations is lacking.

“I think it’s the game of negotiating,” said Kiribati’s President Anote Tong. “But for us it’s not a game. It’s a matter of survival.”

Tong gives his nation another half century. His administration is building seawalls and planting mangrove trees, but they’re also preparing to lose the battle against the sea. One of their strategies is called “Migration With Dignity,” and is a program to make inhabitants more attractive on foreign labor markets. There is also the insurance policy. Last year, Kiribati’s government purchased close to 8 sq. mi. of land in Fiji. Firstly, it is meant to increase Kiribati’s agricultural output. But if necessary, they will evacuate their inhabitants here.

“Pacific Island nations have been portrayed as relatively passive victims of climate change,” says Hedda Ransan-Cooper, research fellow at Australia National University’s Climate Change Institute. “But there’s been a challenge by Pacific Islanders who say, ‘No we’re not victims, we want to manage this in a way that works for us.’”

Still, flight is contentious. Ioane Teitiota became painfully aware of this when he was deported to Kiribati earlier this fall. He had sought asylum in New Zealand on the grounds of climate change, and became known worldwide as the “world’s first climate refugee.” But his much publicized accounts of Kiribati’s poor conditions upset many of his compatriots.

“They were laughing at me at the airport,” he says. “They hate me for saying that Kiribati is not a good place to live, but it’s the truth, I’m not lying. I worry about our kids.”

Climate migration is a loaded issue also internationally. A world already grappling with refugee crises of an unprecedented scale is poorly equipped to broach the topic of mass emigration due to climate change. There has been little progress in introducing a new category for climate-change victims into refugee law. And in October, Australia vetoed a draft to discuss the establishment of a global body for climate displacement at the Paris meeting.

“Migration can be a destructive last option,” she says. “But it can also be a way to give individuals and households a chance to self-help. Through planned migration you can avoid a crisis like the one that is currently gripping Europe. Often it’s not by opening borders you lose control, but by closing them.”

Estimates of an impending exodus of hundreds of millions of people due to climate change have been rebuked as vastly exaggerated. True, 17.5 million people fled weather-related disasters last year, but disaster victims rarely travel far and mostly return. However, people exposed to a continual degradation of their ability to keep their families safe will start looking more seriously at permanent cross-border migration.

Among the Pacific island nations, official solidarity runs high. But one only needs to scratch the surface to find discontent among Fijians at the deal Kiribati managed to strike. In a country where property is heavily laden with political and ethnic tension, some people question why they were not consulted before such a large portion of land was sold at a discount price to foreigners.

Sade Marika, an elder in a Fijian village that used to till the land Kiribati bought, says that climate-change refugees are welcome, but: “We just wish they would come soon so we can build up a relationship and start working together. This has been like a climate change for us too.”

In the village of Eita, meanwhile, another day of floods dawns. A group of young people halts a game of volleyball, as their field gets flooded midset. Meeteka, 22, says it makes him sad. This never happened when he was a child.

“I love my country and my people, I don’t want to move anywhere,” he says. “I still have hope, but we don’t know what to do. We need help from other nations.”

In a few weeks’ time he will become a father.

“I don’t know anything about my child’s future,” he says. I don’t even know if Kiribati will exist when she grows up.” 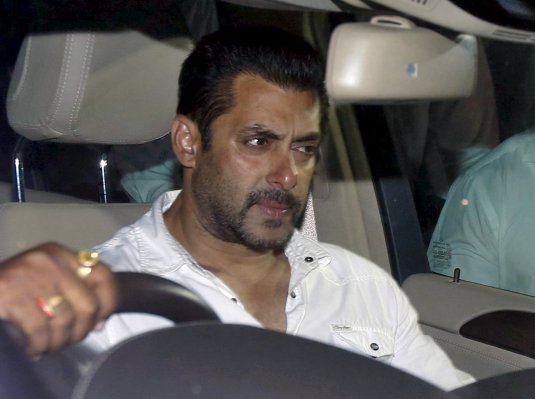