A Federal Court Threw Out A High Profile Climate Lawsuit. Here's What It Might Mean For The Future of Climate Litigation

Protesters attend a rally outside the U.S. Supreme Court held by the group Our Children’s Trust October 29, 2018 in Washington, DC. The group rallied in support of the Juliana v. U.S. lawsuit brought on behalf of 21 youth plaintiffs that argues the U.S. government has violated constitutional rights for more than 50 years by contributing to climate change.
Win McNamee—Getty Images
By Madeleine Carlisle

On Friday, the Ninth Circuit court of appeals threw out the high profile lawsuit Juliana v. United States, in which 21 young Americans sued the United States government for violating their Constitutional rights by taking actions that exacerbated climate change. The court acknowledged that while the threat of climate change is real, it “reluctantly” concluded that the issue should be raised with the executive and legislative branches of government, not the courts.

The suit, which was filed in 2015, argues that the U.S. government violated the plaintiffs’ constitutional right to life and liberty by taking steps to support a national energy system that causes climate change, despite know the threat of climate change for decades. The suit requested multiple remedies, including the court order the U.S. government “to prepare and implement an enforceable national remedial plan to phase out fossil fuel emissions” and work to lower CO2 in the atmosphere.

Two judges of a three-person panel voted to dismiss the case on Friday. As Jennifer Rushlow, the director of the Environmental Law Center at Vermont Law School, explains, the court threw out the case on the finding of “redressability,” basically meaning they didn’t think they could give the plaintiffs what they sought. The dismissal reversed an earlier decision by district court judge Ann Aiken.

Our Children’s Trust, which brought the suit, announced that it plans to ask the Ninth Circuit to review this decision. “I am disappointed that these judges would find that federal courts can’t protect America’s youth, even when a constitutional right has been violated,” Kelsey Juliana, the 23-year-old named plaintiff of Eugene, Oregon, said in a statement.

“Such a holding is contrary to American principles of justice that I have been taught since elementary school. This decision gives full unfettered authority to the legislative and executive branches of government to destroy our country, because we are dealing with a crisis that puts the very existence of our nation in peril.”

Michael Gerrard, the director of the Sabin Center for Climate Change Law at Columbia Law School, tells TIME he was not surprised by Ninth Circuit’s decision. “The courts are good at acting as a shield against attempts to disregard laws that are on the books. They’re not going to come up with brand new rules. That’s left to the ballot box,” he says. “It would have been a very bold act for the court to have allowed a district judge to dictate the development of national energy and climate policy.”

However, Rushlow argues the court over-simplified Juliana‘s requests because the ruling didn’t acknowledge the other remedies requested by the suit, which included a declaration that the young people’s rights were violated and a declaration that a permit was unconstitutional. She argues that the court essentially said, “Anything the court can do… will not globally fix climate change, and therefore apparently they should do nothing.”

In his 32-page opinion, Judge Andrew D. Hurwitz acknowledged climate change is occurring at an ” increasingly rapid pace” and that the “the federal government has long understood the risks of fossil fuel use and increasing carbon dioxide emissions.”

However, he wrote that addressing climate change as the plaintiffs requested would “require a host of complex policy decisions entrusted, for better or worse, to the wisdom and discretion of the executive and legislative branches,” and “reluctantly” concluded that the court did not have that constitutional power.

The third member of the panel, Judge Josephine L. Staton, issued a fiery dissenting opinion. “In these proceedings, the government accepts as fact that the United States has reached a tipping point crying out for a concerted response—yet presses ahead toward calamity. It is as if an asteroid were barreling toward Earth and the government decided to shut down our only defenses,” she wrote.

Climate litigation in other countries such as the Netherlands has successfully gained action from the government. Legal experts tell TIME that it doesn’t mean other cases will not succeed in the future.

What does this mean for the future of climate litigation?

While Gerrard tells TIME he thinks the ruling “dampens some people’s expectations about what the courts can achieve,” Daniel Esty, an environmental law professor at Yale Law School, argues it might actually open the door for more litigation down the road.

Crucially, the opinion names the seriousness of climate change and clearly states that the federal government promoted fossil fuel use. “It agrees that these kids have been injured. It also agrees that there’s a good chance that the US government is to blame,” Cara Horowitz, the co-executive director of the Emmett Institute on Climate Change and the Environment at UCLA School of Law, points out to TIME in an email.

Esty explains that he reads the opinion as saying, “this is a serious problem, one that needs an answer. The better people to answer this would be the political branches of government.” But he adds that he “can imagine a day not too far from now, where if there continues to be break down in Washington… another court might take the starting point of this decision and take it a different direction.”

“I think the ultimate purpose of courts is step in and address failures by other branches of government, and to vindicate broad elements of what it takes to make a society work,” he continues. “One could argue that when you’ve got an existential threat to the future of not just the country, but the planet, this is where courts really have to exercise the kind of special role that a non-political branch of government is best positioned to play.”

Paul Sabin, a professor of environmental history at Yale, writes in an email that he thinks these types of suits will only grow, especially given the inaction in the executive and legislative branches of government on climate change. “[I]f the situation worsens, as is likely, the courts may grow more receptive to these claims. It was a 2-1 decision, and one already can imagine a different scenario in which a different set of judges might have reached a different result,” he writes.

Juliana might only the beginning of a new legal trend, even if it was dismissed. Gerrard tells TIME that only around 1100 climate cases have ever been brought in the U.S., and he estimates roughly 50 are pending right now. While Juliana was attempting to change policy, many other climate suits are much narrower, such as the many lawsuits against deregulation by the Trump administration’s Environmental Protection Agency. Many of those suits have succeeded, Gerrard explains.

While Friday’s dismissal concerns many activists, Sabin says it does not necessarily determine the future of climate litigation long term. “The courts are still coming around to the necessary role that they may have to play. A dismissal now does not mean a dismissal forever.”

The original version of this story misstated the plaintiffs’ argument in Juliana v. United States. They argue the U.S. government is violating their constitutional rights by pursuing policies that exacerbate climate change, not that the government is failing to stop climate change. 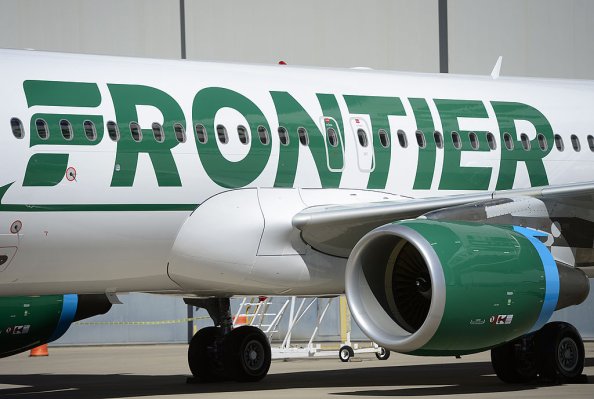