“While no U.S. service members were killed in the Jan. 8 Iranian attack on Al Asad Air base, several were treated for concussion symptoms from the blast and are still being assessed,” U.S. Central Command spokesperson Capt. Bill Urban said in a statement. “As a standard procedure, all personnel in the vicinity of a blast are screened for traumatic brain injury, and if deemed appropriate are transported to a higher level of care.”

Eight service members were transported from the Al Asad Air Base to Landstuhl Regional Medical Center in Germany, and three were taken to Camp Arifjan in Kuwait for screenings “out of an abundance of caution,” Urban said. The soldiers are expected to return to Iraq after being screened.

The missile attack on Jan. 8 was retaliation for an American drone strike near Baghdad that killed top Iranian military commander Qassem Soleimani. The U.S. military and President Donald Trump’s administration officials initially said there were “no casualties” from the attack.

U.S. troops were warned about the missile strike hours before Iran launched them at the base, the military said on Monday. 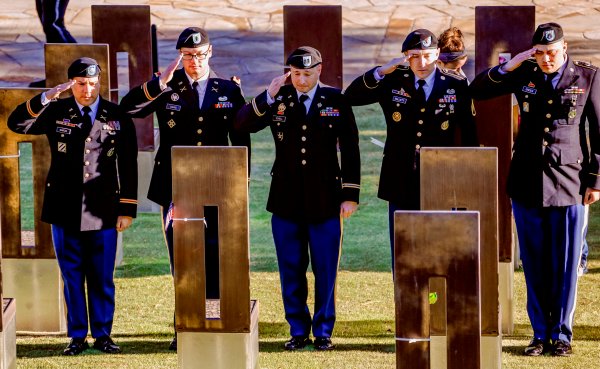 Army Warns About Fake Draft Texts
Next Up: Editor's Pick