Karlie Kloss and Joshua Kushner attend The 2019 Met Gala Celebrating Camp: Notes on Fashion at the Metropolitan Museum of Art in New York City on May 6, 2019.
Dia Dipasupil—FilmMagic/Getty Images
By Amy Gunia

Supermodel Karlie Kloss, who is married to Jared Kushner’s brother, said in a televised interview Thursday that she voted against Donald Trump in 2016 and will do so again when the 2020 election comes around.

The Project Runway host, who married Joshua Kushner in October 2018, addressed her relationship with the Kushner family on the show Watch What Happens Live.

“I’m sure I’m not the only person in this country who does not necessarily agree with their family on politics,” Kloss said in response to a question about whether she was on the same page politically as the family.

Kloss’ political preferences became social media fodder after a viral moment on last season’s Project Runway. After the judges suggested they weren’t sure she would wear one of a contestants’ designs, he asked “Not even to a dinner with the Kushners?”

This week was not the first time Kloss revealed her political preferences diverge from many in the Kushner and Trump clans. In a 2016 Instagram post, Kloss announced that she voted for Hillary Clinton. “#ImWithHer,” the caption read.

She has also been vocal in opposing some of President Donald Trump’s policies.

Joshua Kushner, a venture capitalist and co-founder of a health insurance app, is reportedly a lifelong Democrat who also did not support Trump at the polls.

In an interview with British Vogue last year, Kloss opened up about the difficulties of being at odds with the Kushner family politics.

“It’s been hard,” she said. “But I choose to focus on the values that I share with my husband, and those are the same liberal values that I was raised with and that have guided me throughout my life.” 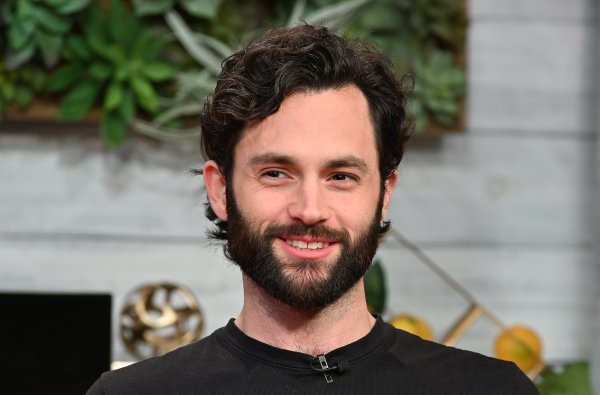 Penn Badgley Has Reviewed Your Memes of You and He Has His Favorites
Next Up: Editor's Pick