Awkwafina Is Nora From Queens isn’t just the name of a new Comedy Central show–it’s a statement of fact. The 31-year-old, who recently won a Golden Globe for her lead role in last year’s indie hit The Farewell–and who rose to fame in the early 2010s spitting jokey feminist raps like “My Vag”–is known to her family as Nora Lum of Forest Hills. So, what distinguishes the woman from her alter ego? “Awkwafina is big and brash. She’s the person who says whatever’s on her mind,” Lum has said. “Nora is the person who is neurotic and overthinks.”

Those neuroses are on full display in Nora From Queens. In the tradition of comedies from Seinfeld to Better Things, the show casts its creator and star as a less successful version of herself. Like a slightly younger Lum, Nora Lin has a Chinese-American dad (BD Wong) and an adoring spark plug of a grandmother (the hilarious Lori Tan Chinn of Orange Is the New Black); her Korean mom died when she was a kid. Unlike Lum, Nora Lin is unemployed and still lives at home in a largely ungentrified corner of Queens. And though it superficially resembles Comedy Central predecessor Broad City, with its bawdy humor and New York setting, Nora From Queens is just as much a family sitcom as a broke-millennial-female-stoner comedy. Saturday Night Live‘s Bowen Yang makes an ideal addition to the clan as Nora’s haughty tech-phenom cousin.

But the real pleasure of Nora From Queens is in how elegantly it avoids the traps so many other TV shows about immigrant families fall into, either dwelling on the ways in which the characters diverge from some imagined American norm or erasing all cultural specificity. There are no so-called tiger parents among the Lins. Instead, Lum gives us a story line in which a gang of Chinese grannies spend a full day in Atlantic City in order to cash in the free casino chips that come with their bus tickets. It seems only fitting that a performer who has played such a distinctive role in Hollywood’s recent Asian-American renaissance would use her own auteur project to push the movement further. 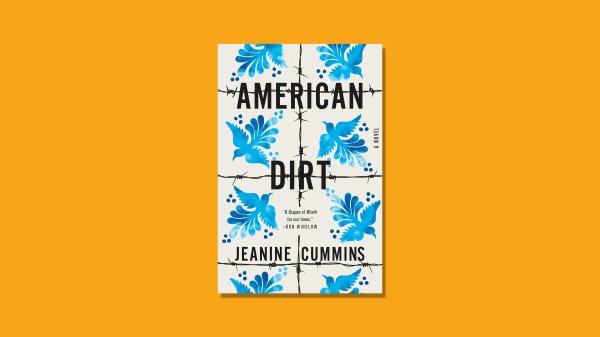 Jeanine Cummins’ 'American Dirt' Is a Harrowing Tale of Immigration, Family and Memory
Next Up: Editor's Pick