Apple Is Once Again Under Pressure to Help the FBI Unlock a Shooter's iPhone. Here's What to Know

President Donald Trump and Apple CEO Tim Cook speak to the press during a tour of the Flextronics computer manufacturing facility where Apple's Mac Pros are assembled in Austin, on Nov. 20, 2019.
Mandel Ngan—AFP/Getty Images
By Patrick Lucas Austin

Apple’s stance on encryption and user privacy is once again under the spotlight as the Federal Bureau of Investigation seeks the company’s help in decrypting two iPhones used by a Royal Saudi Air Force cadet who opened fire at a naval base in Pensacola, Fl. in December, killing three people before he himself was killed by police.

As it was last time, Apple is once again reluctant to decrypt the devices, citing user privacy. “We have always maintained there is no such thing as a backdoor just for the good guys,” the company said in a statement.

Attorney General William Barr expressed his frustration with Apple on Monday. “We have asked Apple for their help in unlocking the shooter’s phones,” Barr said during a press conference. “So far, Apple has not given any substantive assistance. This situation perfectly illustrates why it is critical that the public be able to get access to digital evidence once it is obtained a court order based on probable cause.”

Apple, however, insists its responses have been “timely, thorough and are ongoing.” Some critics of Barr and the FBI argue the government’s approach is less about unlocking these particular phones and more about weakening Apple’s encryption more broadly. That would make it easier for law enforcement to access locked devices, but at the cost of privacy for millions of iPhone users.

Here’s what to know about the latest standoff between Apple and the FBI.

Why Does the FBI Want Apple’s Help?

The Justice Department has a warrant for searching the two iPhones used by the shooter, Second Lt. Mohammed Saeed Alshamrani, but the agency says it lacks the technical know-how required to decrypt data stored on the devices. Simply entering every possible passcode combination in a so-called “brute force” approach risks locking or erasing the device forever, rendering them useless to investigators who are searching for clues.

The government’s latest request for Apple’s help echoes a similar situation in 2016, when investigators wanted the company’s assistance to unlock an iPhone used by one of the shooters in the 2015 attack in San Bernardino, California. At the time, Apple refused to create decryption software for the FBI, saying the request violated the company’s First Amendment and Fifth Amendment rights. If such software were created, some fear, it could get into the hands of hackers and other bad actors who could use it for their own nefarious ends.

“We see that this is our moment to stand up and say, Stop and force a dialogue,” Apple CEO Tim Cook told TIME amid the 2016 dispute. “There’s been too many times that government is just so strong and so powerful and so loud that they really just limit or they don’t hear the discourse.”

After Apple’s rebuttal, the FBI successfully applied for a court order under the All Writs Act of 1789 compelling the company to write software allowing investigators a limitless number of passcode attempts. But before Apple created such software, the FBI used a third-party tool to decrypt the iPhone, rendering the dispute moot.

This week’s revived debate could result in another attempt by the U.S. government to compel Apple to create a “backdoor” to its own encryption software.

What Has Trump Said About Apple?

Trump on Tuesday suggested it would be Apple’s best interests to assist the FBI with its investigation.

“We are helping Apple all of the time on TRADE and so many other issues, and yet they refuse to unlock phones used by killers, drug dealers and other violent criminal elements,” reads Trump’s tweet. “They will have to step up to the plate and help our great Country, NOW! MAKE AMERICA GREAT AGAIN.”

Beyond underscoring the President’s frustration with Apple’s reluctance to provide further assistance, Trump’s tweet also highlights the complex relationship between himself and Apple. While the company has been outspoken about privacy and other hot-button social issues, it has benefitted financially under the Trump administration — In 2018, it took advantage of a new tax code provision signed into law under the current administration to repatriate an estimated $250 billion in overseas profits, for instance.

“I promised that my policies would allow companies like Apple to bring massive amounts of money back to the United States,” Trump said in a 2018 tweet. “Great to see Apple follow through as a result of TAX CUTS. Huge win for American workers and the USA!”

What Has Apple’s Response to the FBI Been?

Apple is contradicting Barr’s statement, saying that it is trying to find ways to help investigators without sacrificing other users’ privacy.

“We reject the characterization that Apple has not provided substantive assistance in the Pensacola investigation,” the company said in a statement to TIME, contradicting Barr’s statement on Monday. “Our responses to their many requests since the attack have been timely, thorough and are ongoing.”

The company’s position against creating a “backdoor” to its encryption software remains unchanged, despite its willingness to provide other forms of assistance to law enforcement.

“We are continuing to work with the FBI, and our engineering teams recently had a call to provide additional technical assistance,” reads Apple’s statement. “Apple has great respect for the Bureau’s work, and we will work tirelessly to help them investigate this tragic attack on our nation.”

That sentiment echoes Cook’s response to customer questions amid the 2016 dispute.

Could Apple Face Consequences For Not Unlocking the iPhones?

That depends on how the dispute plays out, especially if Congress or the courts take up the matter.

“I think the real consequences are going to be whether or not legislation comes out of it,” says Amy Gaudion, a professor of national security and cybersecurity policy at Penn State Dickinson Law. “And then if a case actually decides the issue, which is what I think many of us would like to see, a court to consider the issue and provide some guidance there.”

Legislation, of course, could go either way — lawmakers could take steps to better protect users’ privacy, or we could wind up with stronger laws requiring companies like Apple to comply with law enforcement requests, despite technological difficulties with doing so.

“I think we have two separate pressures on Congress,” says Gaudion. “The desire for some type of legislation to deal with data privacy and data protection based on a number of stories, particularly about the aggregation of data and location services … and then you’ve got to push for legislation which many thought would come about after the San Bernardino case, where Congress would update the All Writs Act or put in place some legislation that mandated assistance for law enforcement.”

Apple could face economic consequences, too. Trump’s message to Apple reads like a not-so-thinly veiled threat, and the tiff risks souring the relationship that Cook has cultivated with Trump and has benefitted Apple in the form of tariff exemptions and more.

Whether or not Apple decides to help the FBI decrypt the Pensacola iPhones may once again become a moot point, mostly due to the devices in question. The iPhone 5 and iPhone 7 handsets used by Alshamrani were released in 2012 and 2016, respectively. While both are encrypted, only the newer iPhone 7 supports the company’s latest iOS 13 operating system, released in September 2019. The older devices may still have security flaws that third-party companies could exploit to access the data therein, especially if the devices don’t have the latest software and its accompanying security fixes. 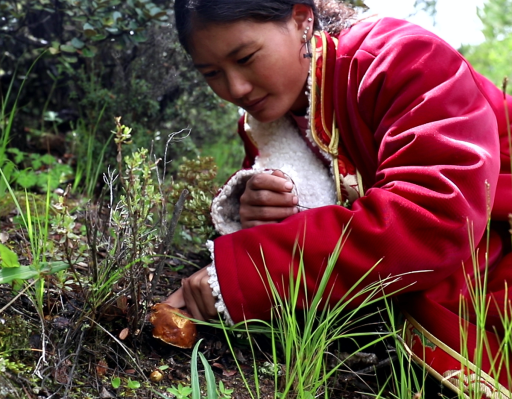 How AI (and Mushrooms) Help Fight Poverty in Rural China
Next Up: Editor's Pick