Even so, the 2019-2020 flu season has been particularly unusual. Influenza B, the viral strain that usually circulates toward the end of flu season, instead emerged first this year, shifting usual transmission patterns. A vaccine mismatch and reduced immunity to influenza B may have contributed to the early and severe start of this flu season.

What does that mean for the months ahead? TIME asked Lynnette Brammer, an epidemiologist who leads domestic surveillance for the U.S. Centers for Disease Control and Prevention (CDC)’s influenza division.

What’s the difference between influenza A and B?

Influenza A and B are the two primary strains of the virus that cause illness in humans. They both cause classic flu symptoms such as fever, cough, runny nose, chills, body aches and fatigue, and it’s nearly impossible to tell which one you have without a lab test, Brammer says. Influenza A viruses are the only type known to cause pandemics, because they change rapidly and affect both humans and animals. Influenza B is slower-adapting and typically present only in humans.

Within each type, there are further subcategories. Influenza A subtypes are categorized by the combination of proteins on the virus’ surface; the two most common in humans are H1N1 and H3N2. Influenza B, meanwhile, is divided into two lineages, Victoria and Yamagata.

So far this season, influenza B Victoria viruses have caused the most lab-confirmed flu diagnoses, followed by influenza A H1N1 viruses, according to CDC data. Both of those strains are known to primarily affect children and younger adults, rather than the elderly, Brammer says. Since older adults account for most flu deaths each year, that breakdown explains why lots of people have gotten sick with the flu (9.7 million and counting, according to the CDC) but a relatively small portion have been hospitalized or died (87,000 and 4,800, respectively). By contrast, about 61,000 people died during the 2018-2019 flu season.

Brammer says it’s not totally clear why influenza B caused so many early infections this season, but it may be because the strain has been relatively scarce in recent years so “you don’t have a lot of immunity in the population.” The type making the rounds this year may simply have evolved to be good at spreading, she adds. “It’s flu,” Brammer says. “It just does things that you’re not expecting.”

Is the flu shot working well this year?

The 2019-2020 flu shot was formulated to protect against strains of both influenza A and B. It’s too soon to say exactly how effective the flu vaccine will be this year, Brammer says. Early indications suggest the vaccine is quite well-matched to circulating H1N1 and B Yamagata viruses— but much less so against the widespread influenza B Victoria viruses. That, too, may help explain the early-season diagnoses.

Despite the unusual transmission pattern this year, Brammer says most people do not need to get a second vaccine for the latter half of the season. (Children younger than nine who are getting vaccinated for the first time are the exception, as they’re supposed to get two doses.) But those who haven’t been vaccinated yet, should.

While it is possible to get the flu even if you get the shot, vaccination reduces your risk of getting sick and may lessen the severity of symptoms if you do.

Will the rest of this flu season be just as bad?

It’s hard to predict what will happen later in the season, Brammer says, but she cautions that weeks, if not months, of flu season are still to come. “Flu never really goes away entirely; there’s just fewer and fewer cases during the warmer months,” she says. “It’s not unusual to see a fair amount of flu into April and May.”

One promising sign: Nationwide, the share of doctor visits related to flu-like illnesses dropped from 7% to 5.8% during the week ending Jan. 4, according to CDC data. The share of lab samples testing positive for influenza also decreased from 26.4% to 23.3%.

What should I do if I have the flu?

While most mild cases of the flu clear on their own, people with more severe symptoms or those who are at high risk of complications—such as young children, elderly adults, pregnant women and people with compromised immune systems—may want to take doctor-prescribed antivirals that can speed up recovery time. These medications work particularly well if taken shortly after symptoms begin.

Whether you take medication or not, the CDC recommends staying home, resting and steering clear of other people until symptoms subside. 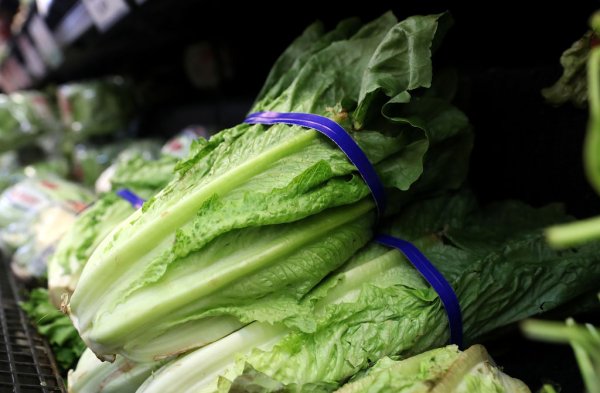 FDA, CDC Say E. Coli Outbreak is Over
Next Up: Editor's Pick