Princes William and Harry issued a strongly-worded statement Monday denying British newspaper reports that their relationship has broken down in the wake of Harry and his wife Meghan Markle’s decision to step down as senior members of the Royal Family.

Spokespeople for the princes said the report was “offensive and potentially harmful,” in a rare public denial of press coverage of the Royal Family.

“Despite clear denials, a false story ran in a U.K. newspaper today speculating about the relationship between the Duke of Sussex and the Duke of Cambridge,” the statement said, referring to the Princes by their official titles. “For brothers who care so deeply about the issues surrounding mental health, the use of inflammatory language in this way is offensive and potentially harmful.”

The statement did not specify the newspaper, but it is thought to be the Times of London, which ran a story Monday claiming that Harry and Meghan had been driven away from the Royal Family by the “bullying attitude” of William. The newspaper cited an anonymous source saying Harry and Markle wanted to quit as senior Royals after “constantly being told their place.”

William and Harry’s joint statement was issued at a time of crisis as Harry was scheduled to meet with the Queen, William and other senior members of the Royal Family for crisis talks later on Monday over Harry and Meghan’s desire to step back as senior Royals.

In a statement issued last Wednesday without approval from Buckingham Palace, Markle and Harry said they wished to step back as senior Royals, stop taking part in official engagements, split their time between the U.K. and North America, and “work to become financially independent.”

That statement led to a crisis in the top echelons of the U.K.’s Royal Family. It has also cast a light on the media’s treatment of its members, especially Markle, who became the probable first non-white member of the family when she married Harry in 2018.

Markle has been the subject of hundreds of aggressive articles, leading some observers to criticize press coverage of her as racist. Many of those reports speculated on a widening rift between Markle and Kate Middleton, the Duchess of Cambridge and wife of Prince William. Others criticized Markle’s choice of clothes, her preferred food, her progressive politics and her alleged treatment of friends and family.

Much reporting of the Royal Family in the U.K., especially in the tabloid press, is based off anonymous and in some cases even fabricated sourcing. Despite this, official denials from Buckingham Palace are rare. 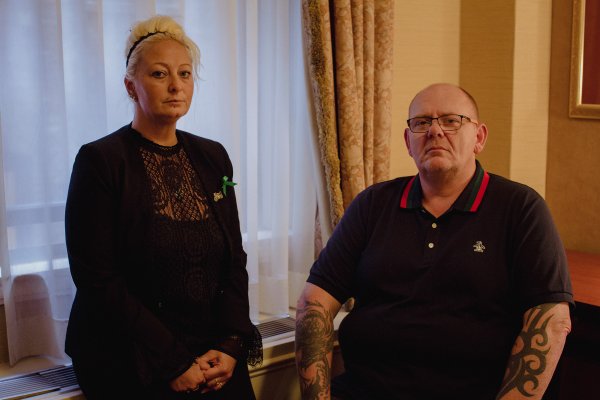 U.K. Has Sent a Formal Extradition Request for Anne Sacoolas
Next Up: Editor's Pick