Milk Has Long Been a Staple of American Life. But Now, the Dairy Industry Is in Trouble

For much of the 20th century, milk was a simple part of daily life in the U.S., as farmers raised cows, milkmen delivered bottles and children chugged it at school. But those days are fading–a fact accentuated by the announcement on Jan. 5 by Borden Dairy, the milk processor with a cheery Elsie the cow on its label, that it is filing for bankruptcy protection. Borden, which said it was impacted by “market challenges facing the dairy industry,” follows Dean Foods, America’s largest milk producer, which filed for bankruptcy protection in November.

America has fallen out of love with drinking milk, as lower-calorie options have proliferated and people are substituting water bottles for milk cartons. Americans each drank an estimated 146 lb. of fluid milk–a category that includes products from skim to cream–in 2018, according to the USDA’s Economic Research Service. That may sound like a lot, but it’s down 26% just since 2000.

The downturn has been tough on dairy processors like Borden and Dean, which buy fresh milk from farms and use techniques like pasteurization to create a consumer-safe beverage with a longer shelf life. For the past five years, thanks to technology that increased milk production, fresh-milk prices were relatively low, which meant processors could break even despite shifting demand. But prices began ticking up again last year, squeezing the processors’ already tight margins. “Declining sales in a thin-margin business is not a good recipe for success,” says Mark Stephenson, director of dairy policy analysis at the University of Wisconsin. (Americans are still eating cheese, butter and ice cream, but fluid-milk processors such as Dean and Borden aren’t big players in those businesses.)

Milk processors are also facing competition from big retailers, which have set up their own processing plants. In 2018, Walmart opened a milk-processing plant in Indiana to serve hundreds of stores in the Midwest, taking away approximately 95 million gal. of milk-processing business from Dean Foods.

On the other end of the supply chain, dairy farms are facing trouble of their own. The low prices that were a boon to processors left small farmers struggling across the industry. The number of Chapter 12 farm bankruptcies in 2019 was up 24% from the previous year. “We’re trying our darndest to hang on,” says Mary Rieckmann, a dairy farmer in Wisconsin whose family has turned to GoFundMe to keep their century-old farm running.

Borden, which was founded in 1857, has 3,300 employees and 13 plants across the South and Midwest. The company says it plans to continue to operate as it restructures under court supervision. But if that plan fails, it wouldn’t be the first dairy processor to cease operations. There were 605 fluid-milk plants in America in 1990. By 2018, there were only 459. 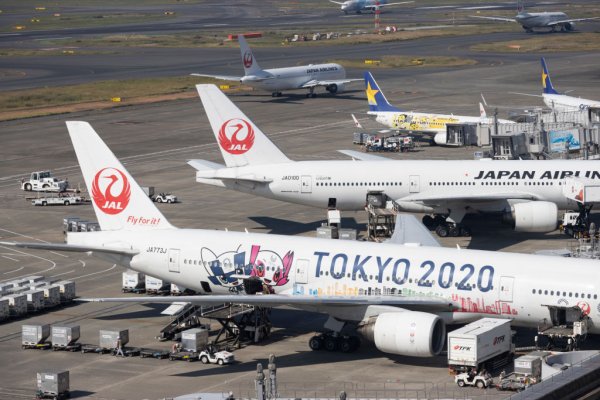 Japan Airlines Is Giving Away 50,000 Free Flights to Tourists
Next Up: Editor's Pick