Someone Apparently Left Bottles Full of Bedbugs in a Pennsylvania Walmart

Pennsylvania state police are investigating a bizarre incident that occurred at a Walmart last week, where someone apparently left pill bottles filled with bedbugs in the store.

According to the Associated Press, the first bottle was discovered on Jan. 2 at a Walmart in Washington Township, Penn. A manager found the bottle inside a boy’s jacket that was in the men’s fitting room. The bottle was thrown out. The next day, Walmart contacted a hygiene services contractor who apparently found live bugs crawling around the men’s fitting room that were identified as bedbugs, according to the AP.

On Jan. 4, another bottle was found in the men’s department. The bugs in this bottle were dead, the AP said.

In a statement sent to TIME, a spokesperson for Walmart said that when a third party pest management service visited the store they found “no evidence of an infestation.”

“We believe this to be an isolated incident and are taking all the necessary steps to help ensure a safe environment for customers and associates. We will continue working with law enforcement as they conduct their investigation,” the statement said.

Authorities have made no arrests in the incident, according to the Associated Press. Some details, including whether or any live bugs were found in the store remain unclear.

A spokesperson for Walmart did tell TIME that no live bugs were found in the store.

Video surveillance was reviewed while authorities checked the bottle for fingerprints and any potential suspects would face a public disorder charge, the AP said.

Bedbugs are small insects that feed on blood and can live several months without a blood meal, according to the Center for Disease Control (CDC).

An infestation of bedbugs usually happens in areas where people sleep and are able to travel with luggage and clothes, the CDC says. 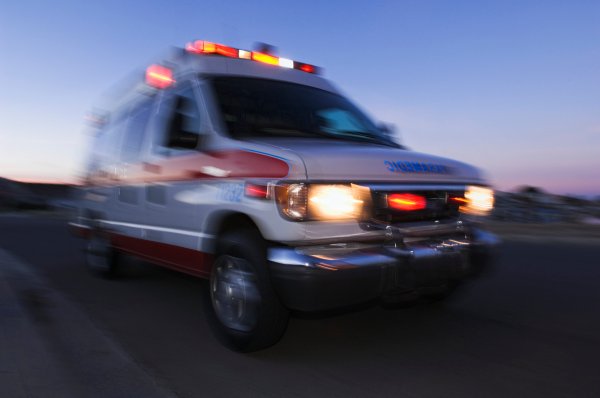 5 Killed, Dozens Injured in Pennsylvania Crash
Next Up: Editor's Pick