Elizabeth Wurtzel, the best-selling author of several books including the 1994 memoir Prozac Nation: Young and Depressed in America, has died. She was 52.

In 2015, the author announced she had been diagnosed with breast cancer after learning she had the BRCA gene mutation. According to the Washington Post, Wurtzel’s death was due to complications from leptomeningeal disease, which was related to her cancer spreading. Her husband, Jim Freed, told the Post that the cancer metastasized to her brain.

Prozac Nation, published when Wurtzel was just 27, took an unflinching look at depression and detailed her relationship with the disease. Its success made her a voice of Generation X. Following its publication, the author went on to write several more books, most recently Creatocracy: How the Constitution Invented Hollywood.

The author was known for opening up about her own experiences to start conversations on serious topics, from cancer to clinical depression. In 2018, Wurtzel wrote for TIME on overcoming addiction, saying “there is no way to explain to an outsider the brilliance of surrendering your will to a higher power — if only everybody could learn to do this.”

After her breast cancer diagnosis, Wurtzel became an advocate for testing for the BRCA gene mutation, writing in the New York Times that she believed earlier testing could have prevented her from having cancer. Three years later, Wurtzel wrote an op-ed for The Guardian chronicling her life with the disease. “I have never cried about breast cancer. It is not that kind of thing,” she wrote. “It’s not like having a broken heart.”

The original version of this story misstated Elizabeth Wurtzel’s age when her memoir Prozac Nation was published. She was 27, not 26. 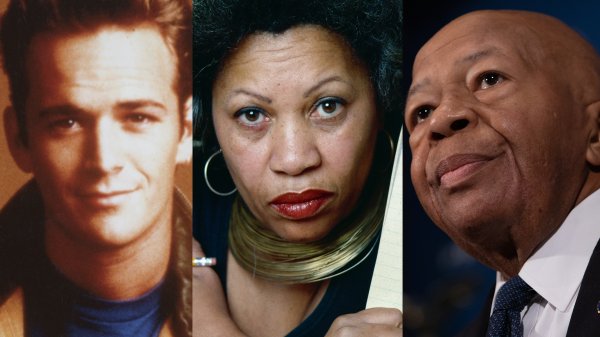 The Leaders, Icons and Stars Who Left Us in 2019
Next Up: Editor's Pick