Former Secretary of Housing and Urban Development Julián Castro, who dropped out of the 2020 Democratic presidential primary last week, endorsed Sen. Elizabeth Warren on Monday morning, heightening buzz on social media that he is lining himself up as a potential vice presidential pick should she win the nomination.

Castro, who earned a reputation throughout his campaign as a progressive who forced other Democrats to take positions on tricky subjects, such as decriminalizing border crossings, has been known to have a close relationship with Warren throughout the primary.

“There’s one candidate I see who’s unafraid to fight like hell to make sure America’s promise will be there for everyone — who will make sure that no matter where you live in America or where your family came from in the world, you have a path to opportunity too,” Castro said in a video. “That’s why I’m proud to endorse Elizabeth Warren for President.”

A spokesperson for Castro did not immediately respond to a question from TIME about whether the two had discussed the possibility of appearing on the same ticket, but shortly after the endorsement was made public, the Warren campaign announced Castro is scheduled to join the Senator for a campaign event in New York on Tuesday.

In the more than three-minute video released Monday, Castro can be seen visiting with Warren, highlighting a moment in which the Senator told him that he “did so many things in this campaign. And it continues to matter. It’s not just in the past tense, it matters.”

In a tweet thanking him, Warren added: “You’ve been a powerful voice for bold, progressive change and I’m honored to have your support. Together, we’ll fight to make sure every single family in America has a path to opportunity.”

Less than a month out from the Iowa caucuses, Warren is locked in a hotly contested race ahead of the first-to-caucus state. One CBS News early state poll released this weekend found a close race between Senator Bernie Sanders, former Vice President Joe Biden, and former Mayor Pete Buttigieg, followed by Warren.

Though endorsements don’t typically make a huge difference in polling, Castro will have the ability to tap the early-state relationships he built while campaigning on Warren’s behalf. A spokesperson for Castro did not immediately respond to an inquiry about how he planned to leverage those relationships to that end.

Most Popular on TIME
1
Trump Rally 'Likely' Caused COVID-19 Surge
2
Heartburn Drugs Linked to Increased COVID-19 Risk
3
With No End in Sight to the Coronavirus, Some Teachers Are Retiring Rather Than Going Back to School 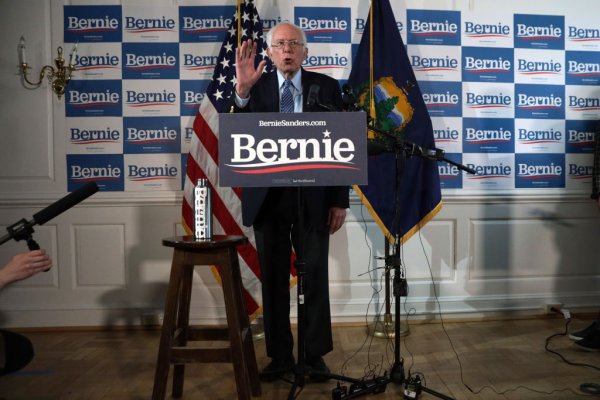