If Billy Porter can continue to outdo himself with each new look, anything is possible. The Pose star, who has distinguished himself at previous awards shows, has done it again with a white tuxedo and removable angel wing feather train at the 77th Golden Globe Awards on Sunday night.

“This isn’t a sitting outfit, this is a standing outfit,” the actor told Ryan Seacrest in an interview on the red carpet.

Alex Vinash designed Porter’s outfit, and the actor accessorized with Jimmy Choo boots and jewelry from Tiffany & Co., according to Marie Claire. Porter told Seacrest that the wings actually zip on and off, because practicality is key at a long event like the Globes.

Christina Applegate, a nominee for best performance by an actress in a comedy for her role in the Netflix series Dead to Me, even helped out with the angelic look, because it takes a village to keep a white train pristine.

For the second year in a row, Porter is nominated for a Golden Globe for his role in Pose.

The original version of this story misspelled the name of a designer. It is Alex Vinash, not Alex Vanassche. 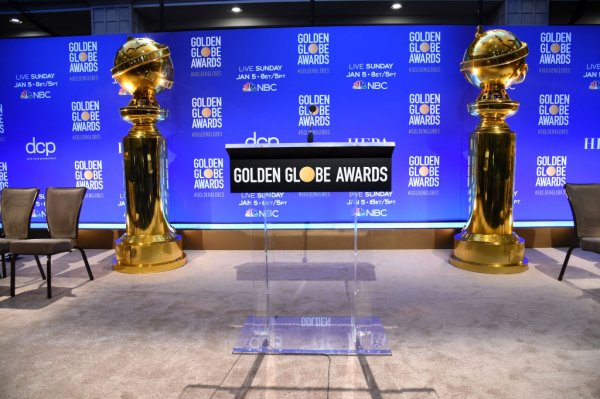 Here's Everything to Know About the 2020 Award Show Season
Next Up: Editor's Pick