The current flu season is on track to be one of the worst in years, Director of the National Institute of Allergies and Infectious Diseases Dr. Anthony Fauci told CNN.

New data from the CDC released on Friday estimates that so far this season, at least 6.4 million people have caught the flu, 55,000 people have been hospitalized and 2,900 people have died — 800 more people then were estimated the week before.

Twenty-seven of those deaths were children.

Flu seasons the past few years have been particularly brutal. The 2017-2018 season was unusually severe and the deadliest in years, according to the Center for Disease Control (CDC). The 2018-2019 season was the longest in a decade, lasting more than 21 weeks, per the CDC.

An updated graph from the CDC, released at the end of last month, also shows the number of reported flu cases growing at a similar rate to the deadly 2017-2018 season.

Centers for Disease Control and Prevention

The CDC also said on Friday that 34 states and Washington D.C., New York City and Puerto Rico are all experiencing “high flu activity.”

On Saturday, the CDC tweeted that flu activity throughout the U.S. looks like it will remain strong through mid-January.

According to the CDC, adults over 65 or children under 2 are at the most risk of developing flu-related complications that could result in death.

The CDC also stresses that it’s not too late to get a flu vaccine. According to forecasting, the CDC estimates there’s a 30% flu season will peak in January and a 25% chance it will peak in February. 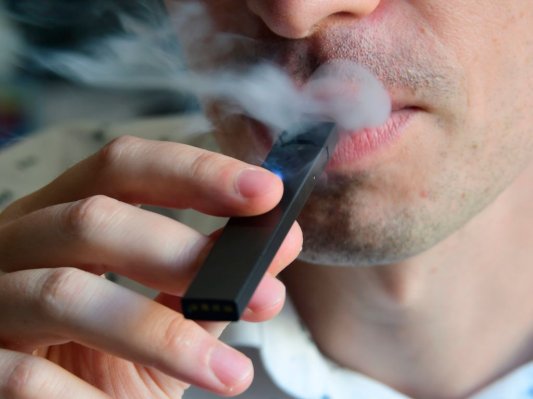