The State Department is urging American citizens to leave Iraq immediately, citing danger in the aftermath of a U.S. airstrike which killed Qasem Soleimani, one of Iran’s most senior military commanders.

American citizens were specifically warned to avoid the U.S. embassy in Baghdad, which had been besieged by Iranian-backed militias Thursday.

“Due to heightened tensions in Iraq and the region, the U.S. Embassy urges American citizens to heed the January 2020 Travel Advisory and depart Iraq immediately,” the State Department said in a statement released Friday. “Due to Iranian-backed militia attacks at the U.S. Embassy compound, all public consular operations are suspended until further notice. U.S. citizens should not approach the Embassy.”

Soleimani had approved the attacks on the U.S.’s Baghdad embassy in the days before his death, the U.S. Department of Defense said in a statement confirming U.S. responsibility for the general’s death.

The Pentagon said Soleimani was also “actively developing plans to attack American diplomats and service members in Iraq and throughout the region.”

“General Soleimani and his Quds Force were responsible for the deaths of hundreds of American and coalition service members and the wounding of thousands more,” the statement added.

The State Department advised U.S. citizens in Iraq to leave the country preferably by air travel, or failing that, across land borders.

Across the Middle East, security has been ramped up at U.S. military bases in the expectation of retaliatory attacks. 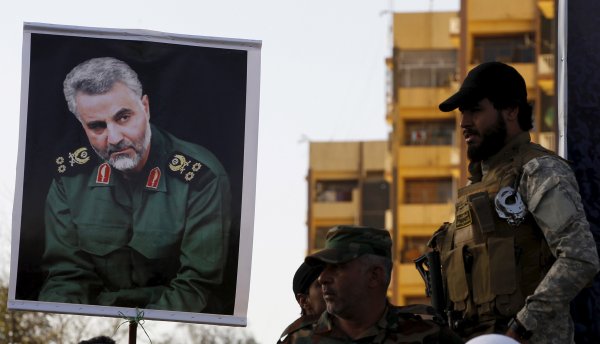 Why the U.S. Is Braced for Iranian Retaliation
Next Up: Editor's Pick