On Friday, President Donald Trump signed a $1.4 trillion spending package that, on top of many things, raises the federal legal age for purchasing tobacco from 18 to 21.

Beginning in the summer of 2020, it will be a violation of federal law to sell tobacco to anyone under the age of 21. Since the 1990s, federal law mandated the legal age to purchase tobacco be at least 18.

The law also encompasses e-cigarettes and vaping cartridge, not just traditional tobacco products like cigarettes and cigars, adding regulation to an industry that, as TIME’s Jamie Ducharme writes, “has proliferated largely unchecked.”

E-cigarette use has spiked among U.S. teenagers. According to the U.S. Department of Health and Human Services, 27.5% of U.S. high school students reported using e-cigarettes in the past month. Raising the age one can purchase the products is intended to combat what many are calling a health epidemic amongst America’s youth.

A recent outbreak of vaping-related lung disease has raised even more concern about vaping products, although the disease is largely linked to black market THC cartridges filled with the additive vitamin E acetate.

In a statement to TIME, the American Lung Association called raising the age an “easy way to protect children’s health and prevent future generations from getting hooked on nicotine.”

Vaping advocate also have said they support raising the legal age, arguing vaping products were never intended for young people. Some anti-vaping activists have expressed skepticism of this opinion.

Twenty states have already raised the legal age to buy tobacco products to 21.

The signing of the package pushes off the potential of a government shutdown to the end of September 2020; many worried one might happen on Friday if an agreement between the two parties couldn’t be reached. A year ago, the U.S. government was in what become the longest government shutdown in U.S. history. 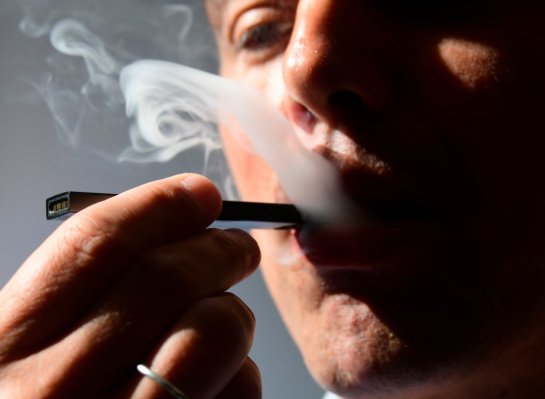 The Federal Legal Age to Buy Tobacco Products Has Been Raised to 21. Here’s What That Could Do to the Vaping Industry
Next Up: Editor's Pick