The year 2019 was marked by a historic impeachment, worldwide civil unrest and a first-of-its-kind vaping public health crisis.

But there were also moments of hope. Climate change activist and TIME’s Person of the Year Greta Thunberg led hundreds of thousands of young activists around the world to demand action from politicians on climate change. And the U.S. Women’s National Soccer Team inspired a nation with their excellence on the field, with their fourth FIFA Women’s World Cup title, and off, as they led a mainstream fight for equal pay.

We said goodbye to Game of Thrones, The Avengers, and the Star Wars Skywalker Saga, and welcomed to new streaming services — and a Baby Yoda.

Watch the video above to catch the biggest moments of 2019. 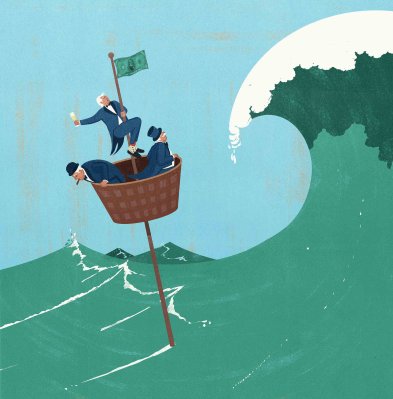 How America’s Elites Lost Their Grip
Next Up: Editor's Pick