Emilia Clarke says she won’t be taking selfies with fans anymore after she was approached by a fan for a photo while she was suffering from a panic attack.

In an interview with Jessie Ware on the Table Manners podcast, the Game of Thrones star said that she began reconsidering how she wanted to interact with her fans after she began having a panic attack in an airport.

“I was genuinely walking through an airport and I suddenly started having what I can only believe to be a panic attack brought on by complete exhaustion,” she said. “I was on my own, I was on the phone to my mum saying, ‘I feel like I can’t breathe, I don’t know what’s going on.’ ‘I’m there and the tears are coming out. I’m crying and crying, this guy’s like, ‘Can I get a selfie?’ And I was like, ‘I can’t breathe, I’m really sorry. Just having a minute.’ It was after a few moments like that where I was like, ‘I don’t know how to do this.'”

Clarke later explained that while she won’t be taking any selfies or photos anytime soon, she’s still happy to sign something for fans, which she feels is a more engaging experience.

“When you do that, you have to have an interaction with that person, as opposed to someone just going, ‘Oi, give us a selfie, goodbye,'” she said, noting that when people ask for a selfie, she wants to be able to give them the experience they’re after. “Then you have a chat and you’re actually having a truthful human-to-human thing, as opposed to it being this other thing that probably isn’t nice for them and isn’t nice to you.” 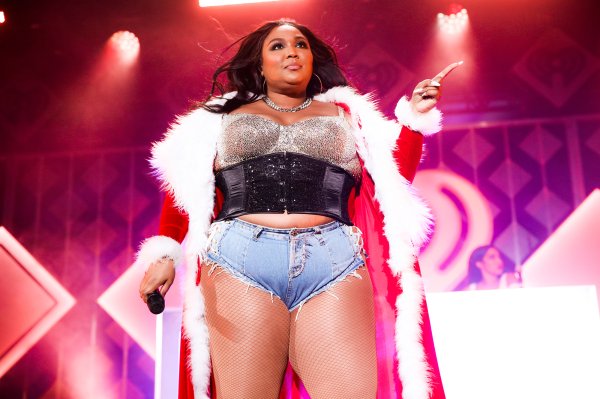 Lizzo Has a Message for the Haters About Her Outfit: 'Your Criticism Has No Effect on Me'
Next Up: Editor's Pick