Less than a day after the House of Representatives voted to impeach President Donald Trump, making him the third President to be impeached in U.S. history, the immediate fate of the Democrats’ case against the President remained unclear.

Moments after the vote on Wednesday night, House Speaker Nancy Pelosi made a stunning declaration, saying she would withhold passing a resolution in the House advancing the articles of impeachment, which charge the President with abuse of power and obstruction of Congress, to the Senate until she was assured the upper body would give it a fair trial.

Pelosi’s comments came in response to growing concerns among Democrats that Senate Majority Leader McConnell, who leads Republicans in the upper house, is planning to scuttle any serious review of the charges and speed to a quick acquittal, as he suggested in a Fox news interview.

Democrats have requested that fresh testimony and evidence be considered in the trial, but McConnell has been clear he doesn’t plan to compromise to his Democratic colleagues. “This is a political process. There’s not anything judicial about it,” McConnell told reporters waiting outside his Dec. 17 lunch with fellow Republicans. “The House made a partisan political decision to impeach. I would anticipate we will have a largely partisan outcome in the Senate. I’m not impartial about this at all.”

If Pelosi holds onto the impeachment articles, she holds the specter of illegitimacy over Trump’s head, keeping a game of partisan brinksmanship in play that is without precedent in the Capitol. By effectively freezing up the process, she may send the whole of government into a stasis that could last through November’s elections. In Pelosi’s mind, the onus is now on McConnell to convince her it’s worth shipping the House efforts across Capitol Hill.

She has also boxed McConnell in, giving him an out on conducting a trial he has repeatedly said he doesn’t want to happen and driving a wedge between him and Trump, who welcomes a trial in the Senate, where the Republican majority will almost certainly vote against removing him from office.

But McConnell is as shrewd a tactician as Capitol Hill has ever seen. By the time he spoke from the Senate floor on Thursday morning to respond to Pelosi’s threat, it was clear he understood that the stakes had been raised, and said the Senate was built to stand as a check on the House’s passions. “It is clear what this moment requires,” he said in a long, history-laced speech. “The framers built the Senate to provide stability, to take the long view of our republic… To safeguard institutions from the momentary hysteria that sometimes consumes our politics. To keep partisan politics from literally boiling over. The Senate exists for moments like this.”

His Democratic counterpart, Sen. Chuck Schumer of New York, built on McConnell’s historic framing of the moment to rally his side of the aisle and give Pelosi’s concerns some buttress on the north side of the Capitol. “Here, I agree with Senator McConnell,” he said on the Senate floor. “Moments like this are why the Senate exists. If the President commits high crimes and misdemeanors, and the Congress can do nothing about it, not even conduct a fair tribunal where his conduct is judged by dispassionate representatives of the people, then the President can commit those crimes with impunity.”

House Majority Whip Jim Clyburn, the third-highest ranking Democrat in the House and a strong Pelosi ally, backed Pelosi on Thursday, saying the delay in handing the articles to the Senate was “necessary” because McConnell had been clear that he would not be “impartial” or “fair.”

“Until we can get some assurances from the Majority Leader that he is going to allow for a fair, and impartial trial to take place, we would be crazy to walk in there knowing he’s set up a kangaroo court,” Clyburn told CNN, adding he would be willing to wait “as long as it takes.”

On Capitol Hill, Pelosi continued to build pressure on McConnell to work with Schumer on an agreement she would approve. In a year-end press conference with reporters, Pelosi said the founders “never expected there would be a rogue President and a rogue Leader at the same time.”

Pelosi recognizes she alone cannot convince McConnell to demand that Administration officials to testify or turn over documents, as Schumer has requested. But the White House might be able to force McConnell’s hand to take seriously the politics of this historic moment. White House aides have made very clear to Senators that they need a trial so that Trump can say he was impeached, but ultimately found not guilty. Having a President running for re-election with a pending impeachment may sow politically damaging doubts among voters.

And Senators are also mindful of their own re-election bids. If Pelosi keeps impeachment looming, that could render the entire 2020 Senate map into a single-issue battlefield, effectively making the election a referendum on whether voters in places like Arizona, Maine, North Carolina, Iowa and Colorado agree with Trump’s conditioning of foreign aid to Ukraine on an investigation into his domestic political rival. McConnell, who is running for re-election next year in a state that just elected a Democratic Governor, does not want that. 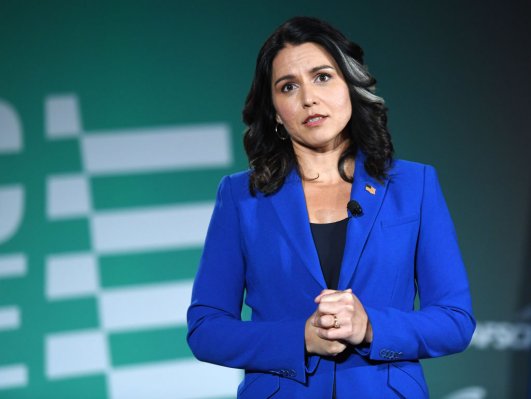 These Reps Broke Party Lines on Impeachment
Next Up: Editor's Pick